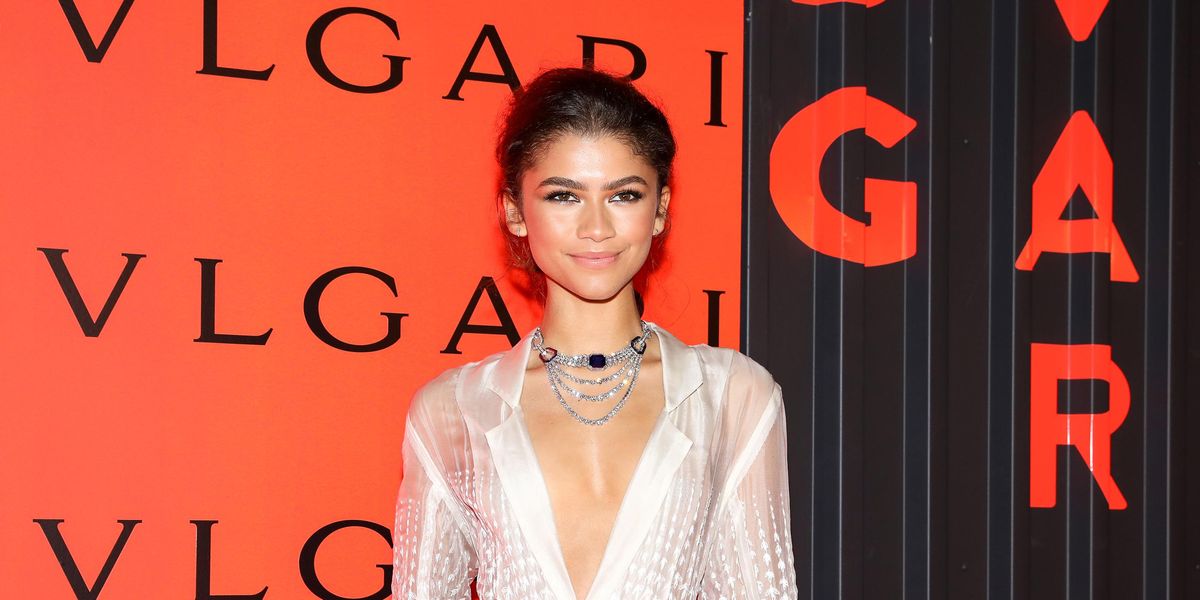 Zendaya's already played her fair share of big headlining roles — Rue in Euphoria to MJ in Spiderman. And now she's going to be the voice actor for one of the most iconic characters ever: Lola Bunny.

Zendaya posted the Lola Bunny poster for Space Jam: A New Legacy on her Instagram Stories on Saturday, and the movie's Twitter account also confirmed the news. They tweeted a GIF from the film, and wrote, "Welcome to the Jam, @Zendaya"

Though the announcement of this addition to the Tune Squad was met with a lot of praise and excitement, some changes in Lola's character design remain controversial. There was a lot of backlash from fans earlier this month because she's no longer wearing her signature crop top and short shorts.

"Lola was not politically correct," director Malcolm D. Lee told Entertainment Weekly of the 1996 iteration of Lola. "This is a kids' movie, why is she in a crop top? It just felt unnecessary, but at the same time there's a long history of that in cartoons." He also said he wanted to "reflect the authenticity of strong, capable female characters."

​But many fans argued that Lola could both be hot, and also a feminist icon, too. "I don't care that Lola Bunny is dressed less sexy in Space Jam 2," one Twitter user said, "But I am unbelievably exhausted by the idea that the way you communicate that a female character is to be taken seriously is by removing her boobs."

While this became a huge debate and trending topic last month, for the most part it became great material for some hilarious memes.