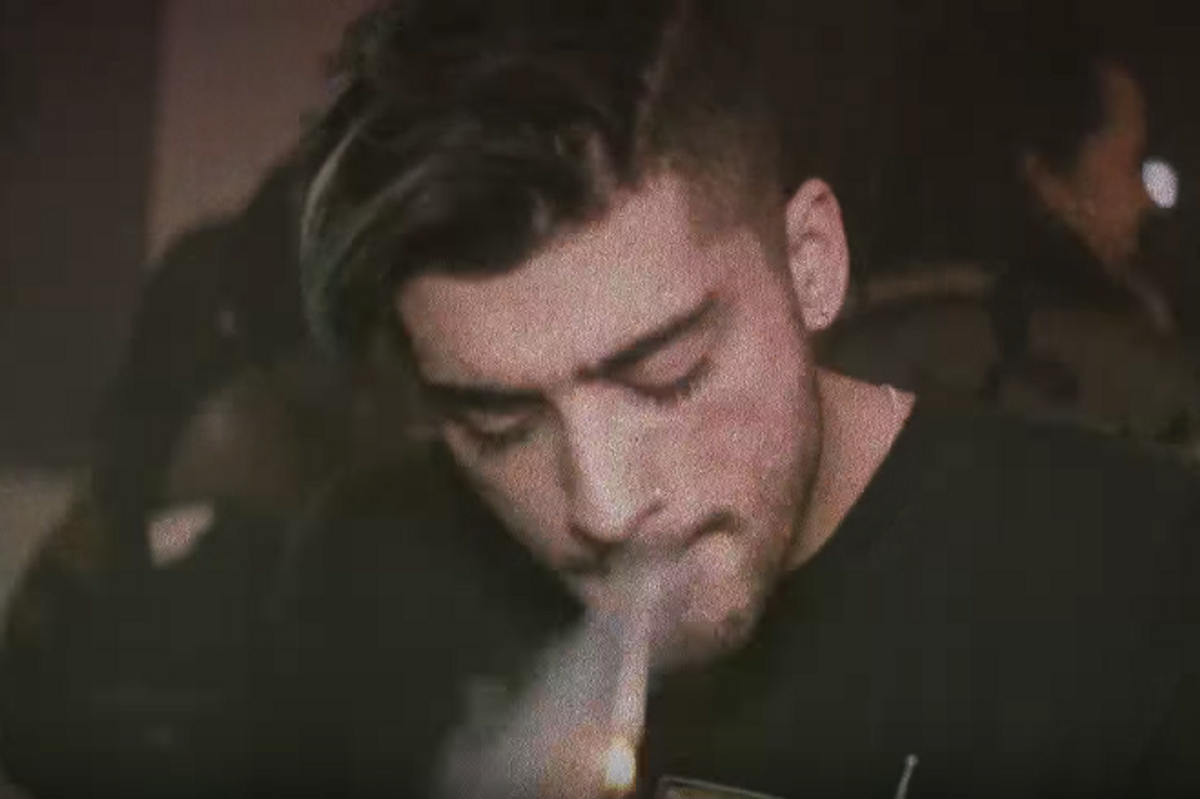 ZAYN, former One Direction-member turned edgy RnB main stayer and boyfriend to Gigi Hadid, has finally released the video for his summer classic "Still Got Time" featuring PARTYNEXTDOOR. To briefly summarize the plot, a videographer captures a bunch of hot, half-naked people with septum piercings fuck up ZAYN's very nice London house in lo-fi while the singer looks on, smoking a ton of weed, perpetually disinterested.

Apparently he also made hip-hop director Calmatic wake up very early (7am) and make his first trip to London so ZAYN could capture "the wildest house party imaginable" in the comfort of casa sua. As such there are, of course, girls making out (mildly disappointing but perhaps accurate and definitely edgy), strippers (why not? so edgy!), skateboarding inside (too real! how edgy), graffiti (if you don't tag were you even there? Are you even edgy?), drugs, copious amounts of liquor (ain't no party like an edgy ZAYN house party!) and exotic animals (probably edgily hired off the dark web).