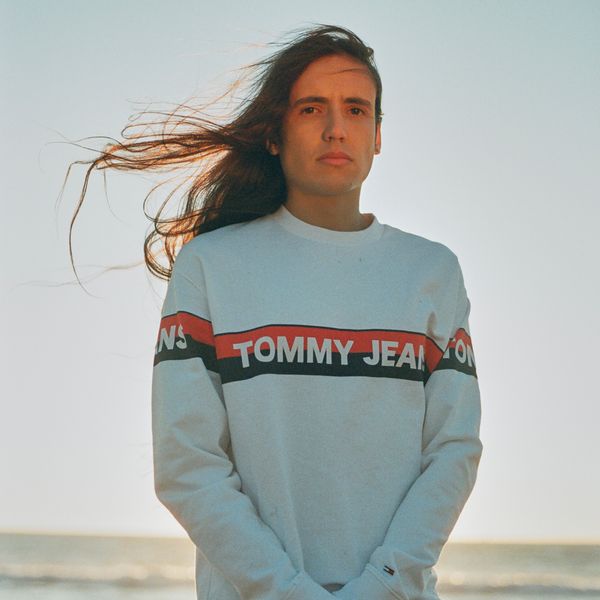 "My identity is diverse," Xiuhtezcatl Martinez says. "I don't want to be put into one category as a conscious artist, or environmental hip-hop artist or whatever." Like many fellow members of Gen Z, the 19-year-old climate activist and hip-hop artist does not compartmentalize the work he does, instead preferring to focus on links between projects in activism and art, music and fashion.

Based in Boulder, Colorado, Martinez was raised with the indigenous Mexica traditions of his father and has become a leading Gen Z voice fighting for action to combat the climate crisis. Currently the youth director of Earth Guardians, an organization whose mission is to "inspire and train diverse youth to be effective leaders in the environmental, climate and social justice movements," Martinez has spoken in front of the United Nations multiple times, both during environmental summits and at the General Assembly. In 2015, he became one of 21 youth plaintiffs in the Our Children's Trust lawsuit against the United States government for its facilitation of rapid greenhouse gas emissions and their direct infringement on citizens' rights.

"We're up against the biggest industries in the country," he says of the lawsuit, which was recently dismissed by the Ninth Circuit Court of Appeals. An appeal is in the works to push forward, a process that doesn't faze Martinez. "We've experienced all kinds of setbacks and adversity," he says. "We're going to always continue fighting back."

His deliberate use of "we" is important in his advocacy for climate justice — resilience in the face of adversity is a shared burden among the plaintiffs, as well as youth around the world. Martinez points to the Youth Climate Strike as evidence of real, collective consciousness taking shape. "We've seen millions of young people from all over the world striking for the climate, commanding political action to be taken from our leaders to address the climate crisis," he points out. "That has been really significant, to see how people have stood up and made change."

Amidst this activism work, Martinez has also been focused on making music that reflects his own story and experiences. Sharp lyricism — a clear complement to his moving speeches to world leaders and the media — and modern trap beats combined with a hyper-aware pulse on social issues are a compelling package with which to convey the urgency of his message: Hear out the youth, at all costs. His standout track "Young" even features fellow climate activist and actress Shailene Woodley.

This year, Martinez has his sights set on building out his discography even further; his collab album with fellow artists Tru and Jaiia, Voice Runners, dropped in February. Performing the tracks live is integral to his artistic message, and he's getting even more opportunities to do so this year. "I played my first headline show in New York City, which was incredibly successful, really beautiful energy, lots of amazing people came out," he says of a January performance at Manhattan's Mercury Lounge. He has even more US dates this year in Chicago, San Diego and beyond.

Martinez can be seen in Tommy Jeans' Spring 2020 campaign; he also gave an intimate headlining performance at the brand's pop-up Tommy Jeans Platform store in Brooklyn late last year. "They capture this youthful energy within their style," he says of the brand.

Also on the horizon are the release of new music videos and "two albums" he's already recorded, signs that his message will only continue to grow throughout 2020. In the midst of it all, he may be one of the most visible members of Gen Z standing up for climate justice and grassroots change, but he's certainly not standing alone.