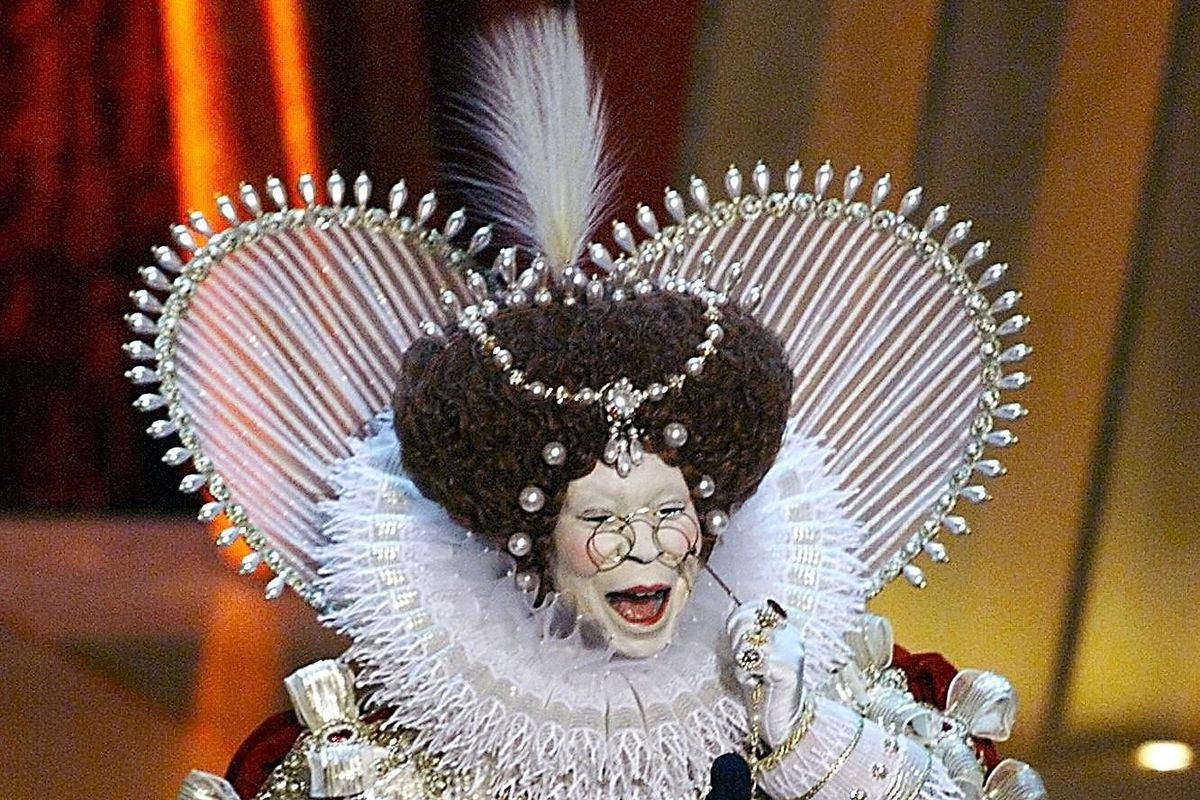 With Vulture writer Hunter Harris and Jessica Simpson's foot seemingly off the table, please let it be true that Whoopi Goldberg is hosting the Oscars.

The Academy announced in early February after the Kevin Hart trainwreck that — despite the many, many excellent viable candidates put forward including Hannah Gadsby, Melissa McCarthy, Wanda Sykes and Lin-Manuel Miranda — they'd go hostless this year. However, some observant movie-heads on Twitter have speculated that the Oscars may try to redeem themselves by bringing eternal icon and Fashion Week savior Whoopi on as a surprise host.

The rumor was started by film journalist Peter Knegt, who pointed out that Whoopi has recently been absent from her usual spot on The View, which airs on ABC, the same network that broadcasts the Oscars.

Whoopi Goldberg's absence from The View (she's sick, they say) since the day after they announced her as an Oscar p… https://t.co/zDueNNjhpF
— Peter Knegt (@Peter Knegt)1550626676.0

He also pointed out that, pre-Kevin Hart controversy, Whoopi said on The View that she'd be willing to return to the ceremony as a host.

Online, people are willing this conspiracy theory/fantasy to come true. Whoopi Goldberg was the first woman to ever host the Oscars in 1994. After that, she hosted three more times in 1996, 1999, and 2002. Just to be clear, the last time we go to enjoy being shepherded through the annual film landscape by Whoopi, Shrek, A Beautiful Mind and The Fellowship Of The Ring were up for awards.

Based on her past hosting gigs, we know that Whoopi can slaughter the elaborate award show stunts that so often feel over-priced and flat. In 2002, she opened her monologue while being lowered from the ceiling on a burlesque trapeze, performing the "Diamonds Are A Girl's Best Friend" scene from Moulin Rouge.

In 1999, she opened the show wearing an elaborate Queen Elizabeth costume, inspired by Cate Blanchett's role as the Queen in Elizabeth.

These videos inspire me to cry and also grumpily say things like "THEY JUST DON'T MAKE 'EM LIKE THEY USED TO." But in all seriousness, after a lead-up rife with messy, ugly industry politics, Whoopi — who often seems to reveal the best of Hollywood and can always be relied upon for passionate, big-hearted, shrewd and hilarious commentary — would be a timely, perfect choice.

Who amongst us would not like to see Whoopi stroll on-stage on Sunday in a Freddie Mercury jumpsuit or dressed like a Wakanda fighter?

As per usual, Whoopi says it best herself.

"If you want to go hostless, that's your prerogative. I think it's a dumb idea," she said on The View. "People need someone to take them through things. I think it needs to be somebody who loves the films."