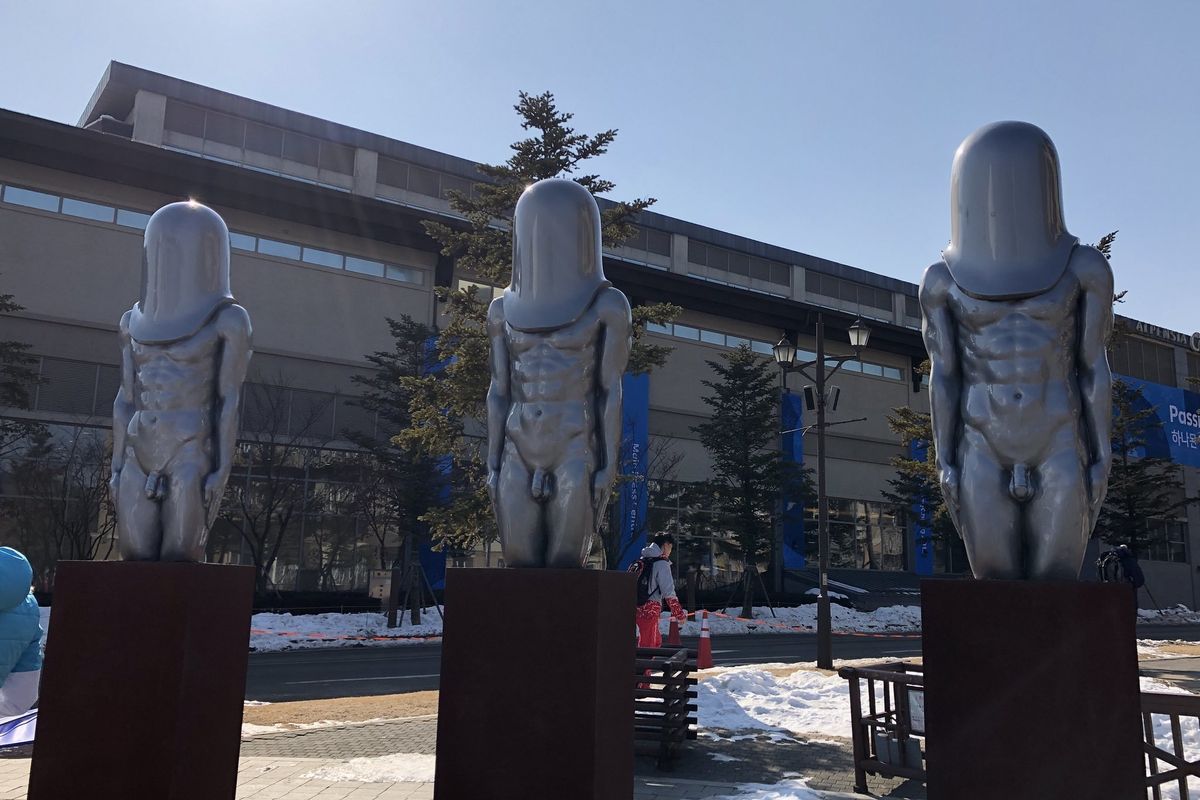 Who Are the Giant Penis-Men of the Olympics?

There's nothing like the Olympics to turn a niche cultural moment into a worldwide viral sensation. What's strange in one place might be totally normal — even celebrated — in another, and within the cross-cultural sharing that the competition engenders, polite misunderstandings are bound to happen. Such is the case with the three large statues that resemble naked men with penises for faces outside the Olympic media center and Alpensia Ski Jumping Center in Pyeongchang, South Korea.

Called "Bullet Man," the statues were installed in 2009, long before the Olympics, and are meant to symbolize "the human desire for a cool body, wealth, honor with a concrete image," according to local media. They've spawned one of the most popular memes in Japan right now under the hashtag #モルゲッソヨ, which translates to "I have no idea." Same.

It turns out that phallic artwork is quite popular in South Korea, and several parks throughout the country pay tribute to the male genitals as celebrations of fertility. Reuters reports that Haesinang Park, better known as "Penis Park" in nearby Sinnam is a monument to fertility, inspired by a legend about a virgin and fish. The park contains penis statues, totem poles, penis benches and even penis wind chimes. The statues seem less strange in the context of South Korea's unusually low fertility rates.