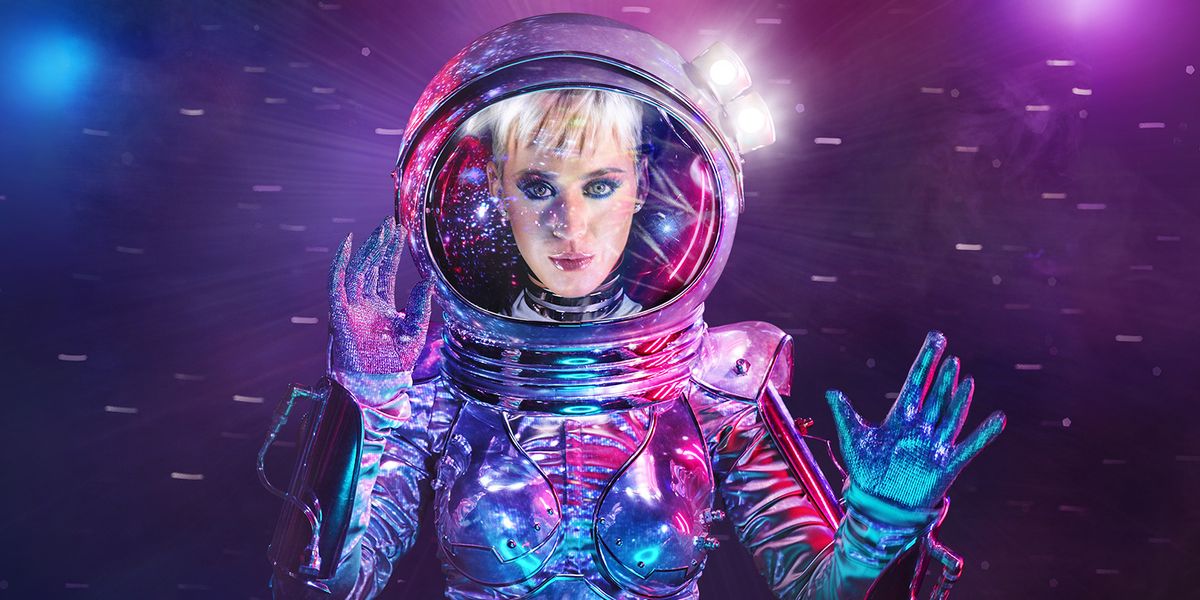 On Sunday, Katy Perry will host the 36th annual VMAs which will be broadcast live for the second time ever. That's a big deal in theory: a live production means anything can happen (and, as we can gleam from the Moonlight and La La Land Oscar fuck-up, anything will), so combined with the controversy the VMAs tend to court, the stage has been set for the most exciting awards yet.

Or, at least, so producers would like us to think.

In 2017, the cultural climate looks a lot different than the way it did upon the award show's inception in 1984. Our relationship to television has shifted (why watch something live when you can catch the best parts in a recap on Monday?) and the way we interact with pop stars has evolved. Through social media, live feeds, and the way everything from videos to whole albums are released now (see: instantaneously), artists don't need to wait for an awards show to act out or make headlines. And why would they? If using the VMAs as the platform on which to make some sort of declaration, they'd be tethered to the production and would go down in VMAs history. The narrative belongs to the award show, not necessarily the artist.

When you think about the 2003 kiss between Britney Spears and Madonna, about Fiona Apple's declaration that "the world is bullshit" in 1997, or about Miley Cyrus and Robin Thicke's "Blurred Lines" performance, those moments tend to be categorized as a reflection of what the VMAs are capable of and not what they reflected about the artists. Even when we talk about Kanye interrupting Taylor Swift's 2009 acceptance speech, we hone in on his actions as entertainment as opposed to seeing them as a catalyst for the way our own language began to change around him. He immediately becomes part of lists of the most memorable award show moments, tying him to the legacy of the VMAs instead of his own career trajectory.

But then we saw an advent of new avenues -- of Twitter and Instagram and Snapchat -- that have allowed musicians to decide when and where they'll do whatever they want. Which means the VMAs have had to raise the bar of their over-the-top performances and celebrity hosts. So while last year's show wasn't as eventful as 2015 (when Miley Cyrus hosted, and "What's good?" went down), 2016 still saw Beyonce deliver a 15-minute-long distillation of Lemonade material, as well as a stellar Vanguard performance by Rihanna.

The thing is, the DNA of the VMAs is rooted in outrageousness and the idea of spontaneity. Which is what keeps them separate from award shows like the Grammys. Even by eliminating gender-based awards (which is great), MTV is obviously aspiring to still be the smartest, hippest member of the award show circuit. But the awards aren't even what we're tuning in for. If the VMAs are increasingly a celebration of music culture as opposed to a celebration of just videos, we need to change the way they're structured as well as the way we consume them. After all, are we watching for the spontaneity or are we just tuning in to see our favorite artists deliver remarkable live performances?

MTV still doesn't seem to know. This year, there seems to be an understanding that, in contrast to 2016, a celebrity host is needed and they tapped Katy Perry for the role. And while Perry has a great relationship with the media, was very generous to fans on her press tour (see: the live feed from her house), and has embraced a persona that wants to be rooted in activism, it's puzzling as to what she'll bring to the VMAs that will be new, exciting, or different. I mean, yes, her video for "Swish Swish" did a good job of recruiting celebrity pals and internet stars and sending up Space Jam, but hosting is a different beast and much trickier than creating the carefully controlled entertainments of videos and even concerts. It's unfair to throw someone into that role if they're not well-versed in entertaining in a very specific way. (Lest we forget Miley Cyrus's 2015 stand, which relied on statement outfits and cultural appropriation via dreadlocks--and was promptly upstaged by her controversy with Nicki Minaj over race and representation in the nominees.)

But at the same time, Katy Perry's own trajectory parallels the VMAs. She's an established musician and a fixture on the pop landscape. She's paid her dues, evolved her image, and is bold enough to work through who she'd like to be in a very public way. And the VMAs are doing the same: now entering their 36th year, they've proven themselves a cultural mainstay and relevant enough to justify us talking about them now. The thing is, they're both at a crossroads. Should the VMAs pivot to performance, to encouraging once-in-a-lifetime moments through live music and onstage moments, that intent needs to be clear. Similarly, this gig could be a definitive moment in Perry's career. Should she choose to use the VMAs to prove that she's a smart, grown-ass artist willing to make the VMA stage a platform to express herself (however messily), she could cement herself and the awards as entities still worth celebrating.