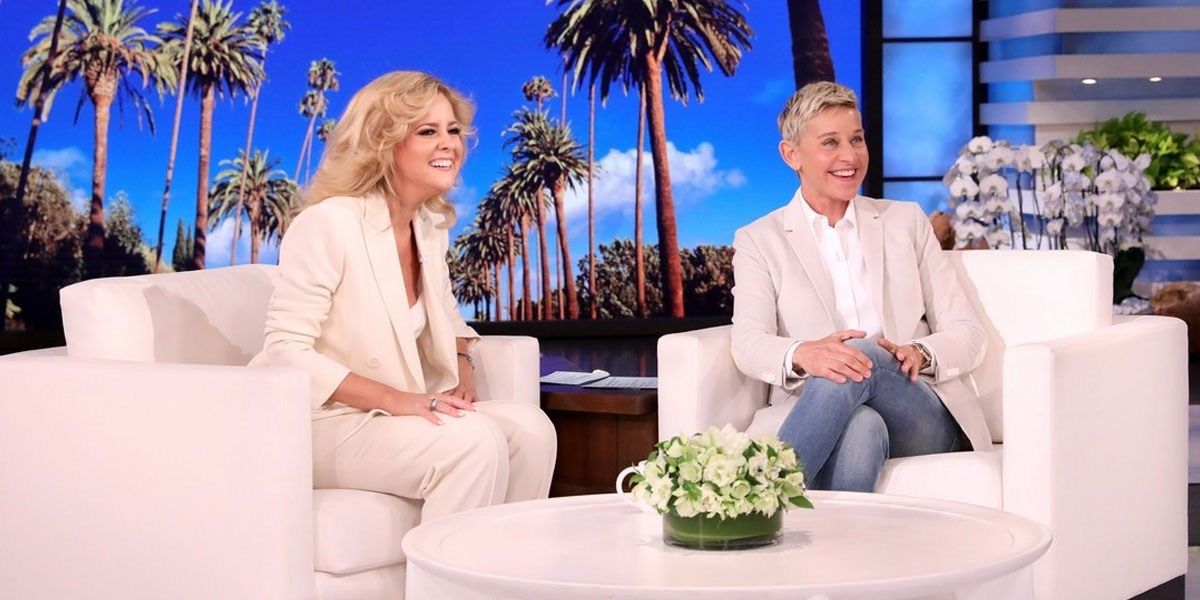 Charlotte Awbery Is Actually Ally From 'A Star Is Born'

A star was born the day Charlotte Awbery, a 30-year-old London singer, was accosted in a tube station by a YouTube comedian who asked her to finish the lyric, "Tell me something girl, are you happy in this modern world." She went from 4,000 to half a million followers in a week for what came next: a perfect rendition of "Shallow" from A Star Is Born, and her charming Instagram presence full of big hair and bandage dresses.

Related | Who Is the Subway 'Shallow' Singer?

Now the weirdly meta overtones of the whole thing are coming to fruition: Awbery made her TV debut today on Ellen, giving the full "Shallow" performance we deserve. In Farah Fawcett curls and a perfect white pantsuit, she put a gentle spin on "AAAAAAaaaaAAAAAHHHHHHEAHYYYAHRRAAAAHHHIYEAAHHHH" (in comparison to Lady Gaga's guttural yawp.

After they sat down to chat, Ellen addressed the rumors that the viral incident was staged (her make-up was too perfect! she was so prepared!), even inviting Kevin Freshwater, the comedian who caught the video, into the audience. "I was literally on my way to meet my friend!" Awbery protested. Ellen confirms that 60 million people so far have viewed the viral clip, and that Awbery is responsible for sending "Shallow" back up the iTunes charts.

Just like Ally, Awbery has been hustling for years, singing at weddings, pubs and birthday parties, before getting her big viral break. Is Ellen her Jackson Maine? It remains to be seen, but the talk show host sent Awbery on her way with 10,000 pounds, a year-long free subway pass, and probably a bunch more followers.