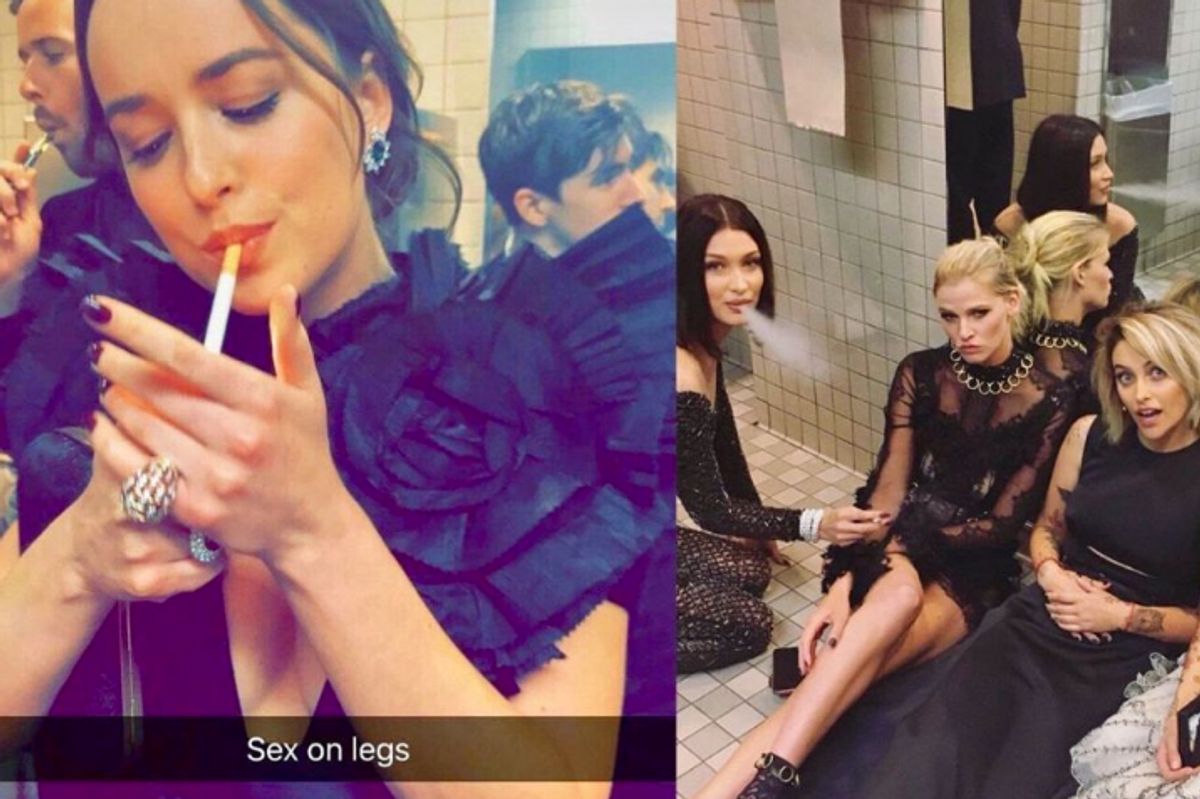 Was the Met Ball Just Selfies and Smoking in the Bathroom?

Do you remember what it felt like to be cool? You were probably smoking cigarettes at the time, you may have been dressed in something expensive, you might have been attending the Met Gala or perhaps you were just one of the nicer parties in college. Actually, as it happens, there's really no difference between the two.

Because of the annual selfie ban, instituted in 2015 because Anna Wintour hates them and presumably also because the process itself is a largely cringe and narcissistic cultural tradition, celebs have been congregating in the (unisex???) bathrooms to get their fix. But documenting their experience isn't the only thing everyone needed a hit of, turns out everyone was craving a lil nicotine – also banned. Who even smokes anymore? You ask. Well actually, EVERY CELEBRITY WITH COMPROMISING PAPARAZZI VACATION PHOTOS AND "LOTS OF PROJECTS ON THE HORIZON". That's who.

Let's review the receipts, obviously, many of the selfies we know.

Then there was this, which frankly just looks stressful. I mean which camera took this photo?!

Then came the smoking. A whole lot of smoking. Slow down Bella.

Stella McCartney looks like she's just finished a long shift working down at the docks.

Someone still using Snapchat was compelled to catch Dakota lighting up.

Hope you felt as cool as you look, sweet angels, because getting back in next year might prove tough.