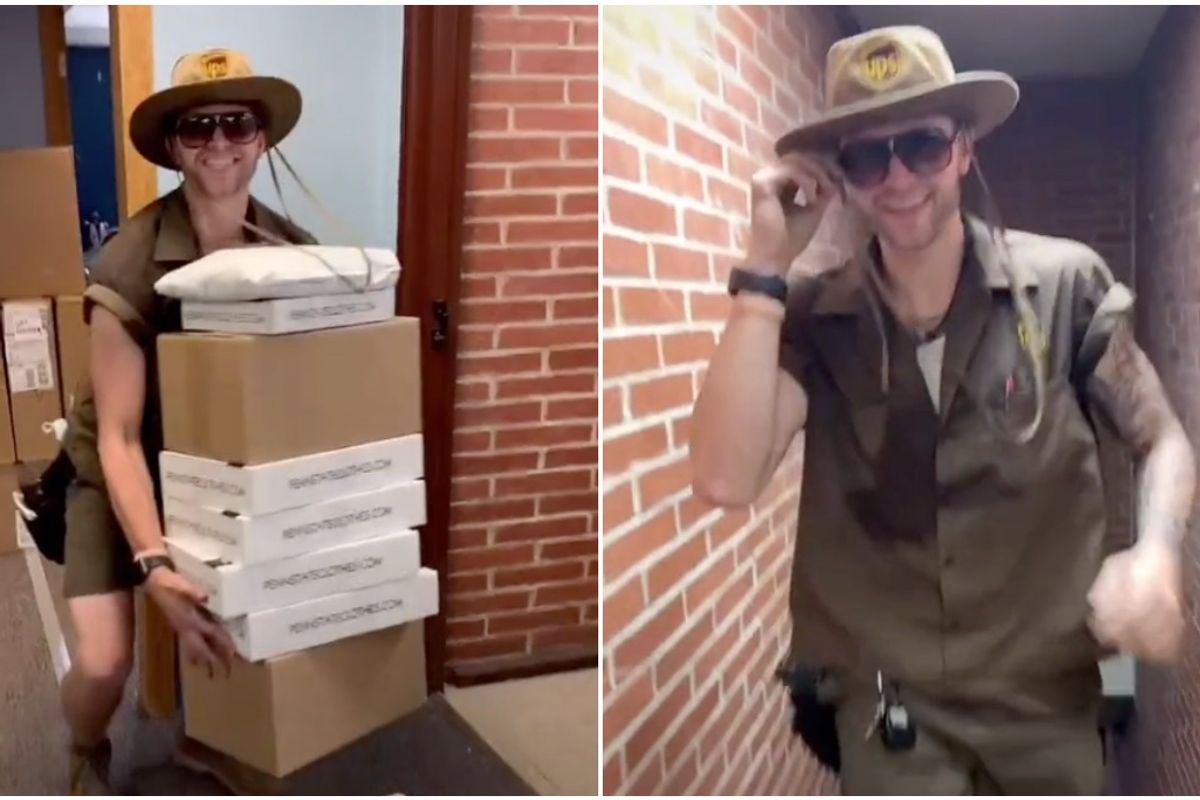 There's a new viral heartthrob on TikTok and his name is "UPS Bae."

Throughout the pandemic, delivery people have been some of quarantine's greatest heroes — bringing us everything from groceries to essential goods as we adhere to social distancing protocols. That said, over at Penn State, one particular UPS delivery driver has driven the campus wild thanks to his modelesque looks. And at this rate, he's on track to become the internet's latest object of affection.

Related | Salt Bae is Back and Salting for Leo DiCaprio

As first reported by the Daily Dot, the internet was first clued into "UPS Bae" after user @gmatesic posted a video of him — set to Cardi B and Megan Thee Stallion's "WAP," obviously.

Since then, the ridiculously good-looking delivery man — who's name is reportedly Connor — has become the subject of several viral TikToks made by thirsty Penn State students, which see him doing everything from handling some hefty packages to going on "socially distanced dates" with his admirers.

And while there's no word yet on whether UPS Bae is aware of his newfound internet fanbase, in the meantime, you can see him scanning parcels and petting puppies over at the #UPSMan hashtag.