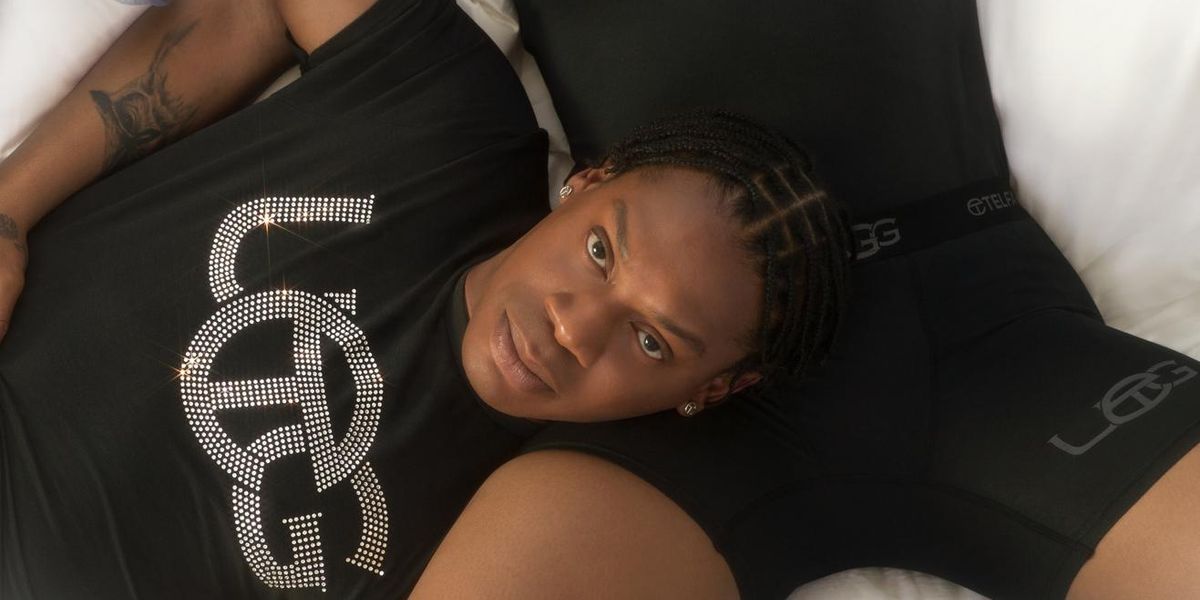 Since first teasing their partnership last year, UGG x Telfar has become one of the hottest collabs to hit the market in recent momery. If you were lucky enough to score their co-branded shearling tote, you'll understand why.

Related | Telfar Is Teaming Up With UGG

Now, the two are set to roll out their first full joint collection for summer, and it has all the bearings of another successful launch. Between the gray UGG sweatpants reimagined as shearling boots, crystal-studded T-shirt and underwear as outerwear, there's no shortage of IG-worthy style moments in the tight assortment.

"We wanted to see what happened when you combined a pair of sweatpants and a pair of UGG," designer Telfar Clemens tells PAPER. "It's literally the two most comfortable things on earth, we had to do it! And then what do you wear that with? Underwear in a baby T, duh. Mind you we designed this before Covid. We are basically visionaries."

Clemens, of course, has a well-documented history with the SoCal brand, having first featured the classic boot silhouette in his Fall 2011 runway show. A huge component of Telfar as a brand has been its democratization of the fashion space, something the UGG collab fits into nicely. (It's also about turning the idea of sexiness and comfort on its head.)

"UGG became ubiquitous without anyone's permission," says Clemens. "Everyone was wearing them and it didn't matter what fashion thought. Obviously, there's a lot to love there. That's our vibe. Everything traditionally thought of as sexy is really uncomfortable. That can't possibly be right. We shot the whole campaign for drop one in bed!"

The collection will be available for purchase on Telfar.net for one week starting June 14 before launching on UGG.com and select UGG stores nationwide on June 21.

Photos courtesy of UGG and Torso