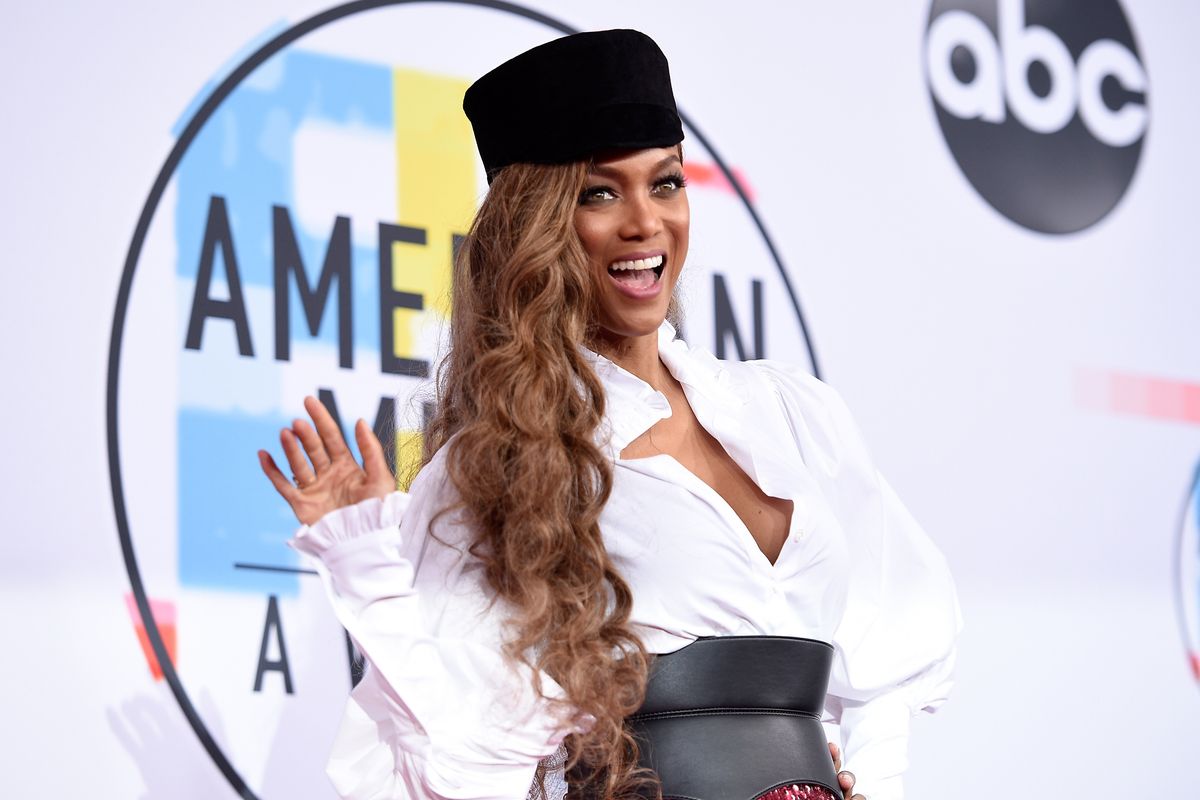 Tyra Banks Is Casting For Her 'Modelland' Graphic Novel

What can't Tyra Banks do? In addition to opening Modelland — a modeling-centric amusement park — the TV star and business mogul is also reportedly working on a forthcoming graphic novel tied to the opening of the space.

Based on her 2010 young adult novel Modelland, Banks describes the graphic novel of the same name as "high-fashion, meets comic illustration." Not only that, but in a video posted to her Instagram earlier today, Banks also explained that she's putting out an open casting call for the project.

Related | Rihanna's Little Lookalike May Be Mentored By Tyra Banks

Okay, but how exactly is that going to work? Well, as Banks explained to People, the graphic novel is her way of visually-engaging her fans. However, given the fact that there isn't typically a ton of overlap between the kind of people who would go to Modelland and Comic Con, Banks is upping-the-ante by casting real people to inspire characters in book.

Dubbing it "Comic Couture," Banks told the publication that she's looking for a "diverse cast," and she's excited to give everyone "the opportunity to be fantasy versions of themselves."

So how does someone go about getting cast? According to Banks' Instagram, all you have to do is post a full face shot, profile, and full body shot to your own feed, alongside the character you want to be cast for and hashtag #Modelland.

Now is the time to be discovered! Go to @modelland now to learn more 🦋

And while there's no definitive release date for the graphic novel just yet, Banks is supposedly timing the release of the comic to the opening of the Modelland park in Santa Monica, California later this year.

"I created [America's Next] Top Model to expand the definition of beauty based on my own pain of being told 'no' that I couldn't do something because I'm curvy or I'm black. My empathy for women in general increased through the experience," Banks previously told WWD. "And now with Modelland, I'm taking it 10 steps forward, giving people the opportunity to engage with the elusive world by opening it up to everyone. Men, women, families, all generations can come and enter this model world for a day, have a fun shopping experience, and an eventful meal. This will be the first of many."