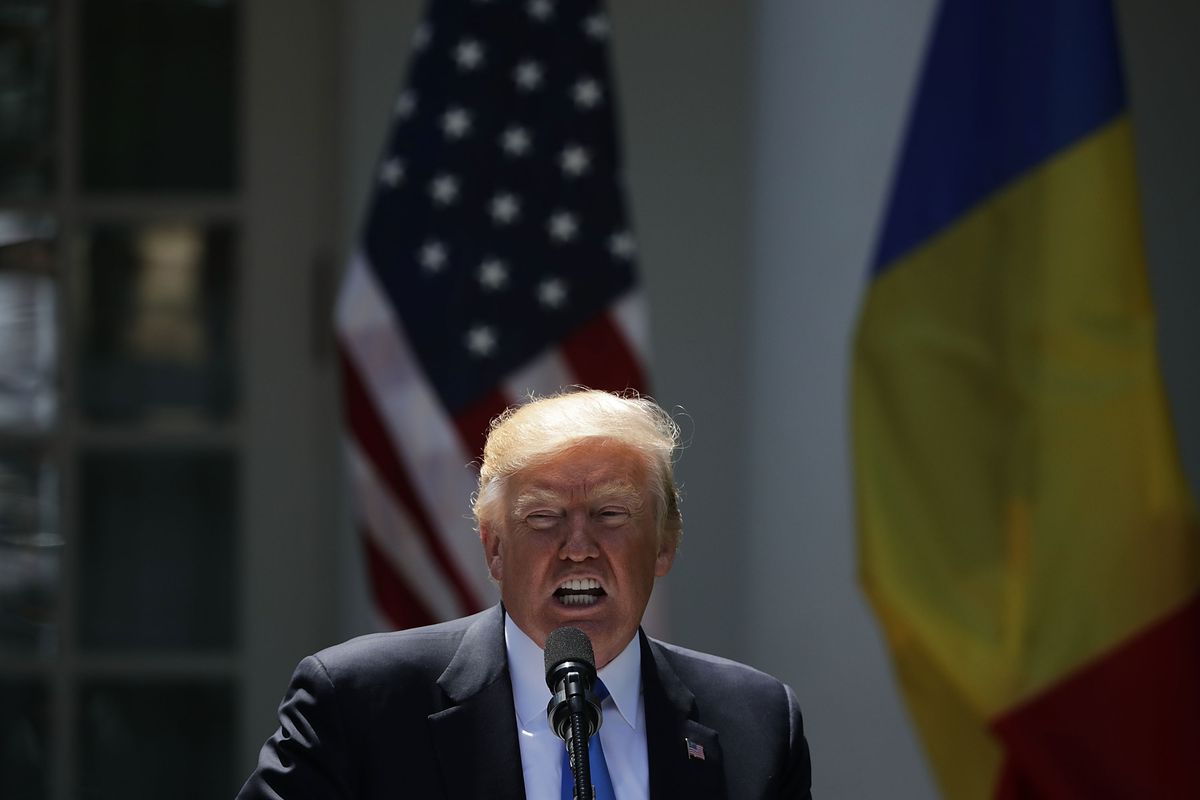 This morning, Donald Trump announced via Twitter that he was reinstating a ban that restricted transgender people from openly serving in the military, citing financial concerns about paying for trans-specific medical treatments. We're not happy, and all good corners of the Internet are fuming. Commiserate with LGBTQ friends and get motivated to fight back with reactions from Twitter.


We should be grateful to the people who wish to serve, not turn our backs on them. Banning transgender people is hurtful, baseless and wrong
— Ellen DeGeneres (@TheEllenShow) July 26, 2017

Trans people are real people with worth who are not a burden and a troll in a bad suit with tiny hands & a tiny mind doesn't change that.
— Jon Risinger (@JonRisinger) July 26, 2017

"BREAKING: Trump: Transgender people will not be allowed to serve `in any capacity' in the US military." ODIOUS OGRE.
— St. Vincent (@st_vincent) July 26, 2017

I just want to tell the transgender community that I love you and you ARE supported no matter what. #ProtectTransTroops
— Demi Lovato (@ddlovato) July 26, 2017

transgender people show more courage when they leave their fucking houses in the morning than donald trump has shown his entire life
— Matt Bellassai (@MattBellassai) July 26, 2017

Every patriotic American who is qualified to serve in our military should be able to serve. Full stop.
— Joe Biden (@JoeBiden) July 26, 2017

Every single trans person who has served or WILL serve in our military is braver, stronger & a better patriot & human than @realDonaldTrump
— zoe kazan (@zoeinthecities) July 26, 2017

Transgender Americans are serving honorably in our military. We stand with these patriots.
— Chuck Schumer (@SenSchumer) July 26, 2017

I stand with the brave transgender Americans who selflessly serve our military. you are loved and needed.
— D∆WN (@DawnRichard) July 26, 2017

Donald Trump wants trans people to be miserable because it plays great for politics. Stay focused. Stay above it. Feel it all.
— Robyn Kanner (@robynkanner) July 26, 2017

I would never have the guts to fight on the front lines for this country, so thank you to the transgender individuals that do.
— Abbi Crutchfield (@curlycomedy) July 26, 2017

There are 15,000 patriotic transgender Americans in the US military fighting for all of us. What happened to your promise to fight for them? https://t.co/WzjypVC8Sr
— Caitlyn Jenner (@Caitlyn_Jenner) July 26, 2017

donald trump is a monster and he must be stopped . to my trans friends , please do not let his evil words into your beautiful hearts .
— wrabel. \rā-bəl\ (@wrabel) July 26, 2017

Here's your reminder that more LGBT people have fought & died for this country than members of the Trump's family. #trans
— Vinay A. Ramesh (@vinaytion) July 26, 2017

Donald Trump, who dodged the draft 5 times, is trying to rally his base by targeting LGBT w hate. Shame on our military if they stay silent.
— Amy Siskind (@Amy_Siskind) July 26, 2017

The only thing – only thing – that matters when it comes to allowing military personnel to serve is whether or not they can handle the job.
— Elizabeth Warren (@SenWarren) July 26, 2017

. @realDonaldTrump can pretend this is a military decision, but it isn't. Banning troops on gender identity is shameful & makes us less safe.
— Elizabeth Warren (@SenWarren) July 26, 2017

History shall record that you are not only the stupidest, most incompetent president ever, but also the cruelest and pettiest. #Shame pic.twitter.com/8R4jVOIYmd
— George Takei (@GeorgeTakei) July 26, 2017

Trump is banning all transgenders from the military. To those who believed Trump would be a friend to LGBTs, time to admit you were conned.
— George Takei (@GeorgeTakei) July 26, 2017

Donald: With your ban on trans people from the military, you are on notice that you just pissed off the wrong community. You will regret it.
— George Takei (@GeorgeTakei) July 26, 2017

Invidious discrimination against any group must be opposed by all. Straight/Cis allies: Will you stand with LGBTs? #TransRightsAreHumanRights
— George Takei (@GeorgeTakei) July 26, 2017