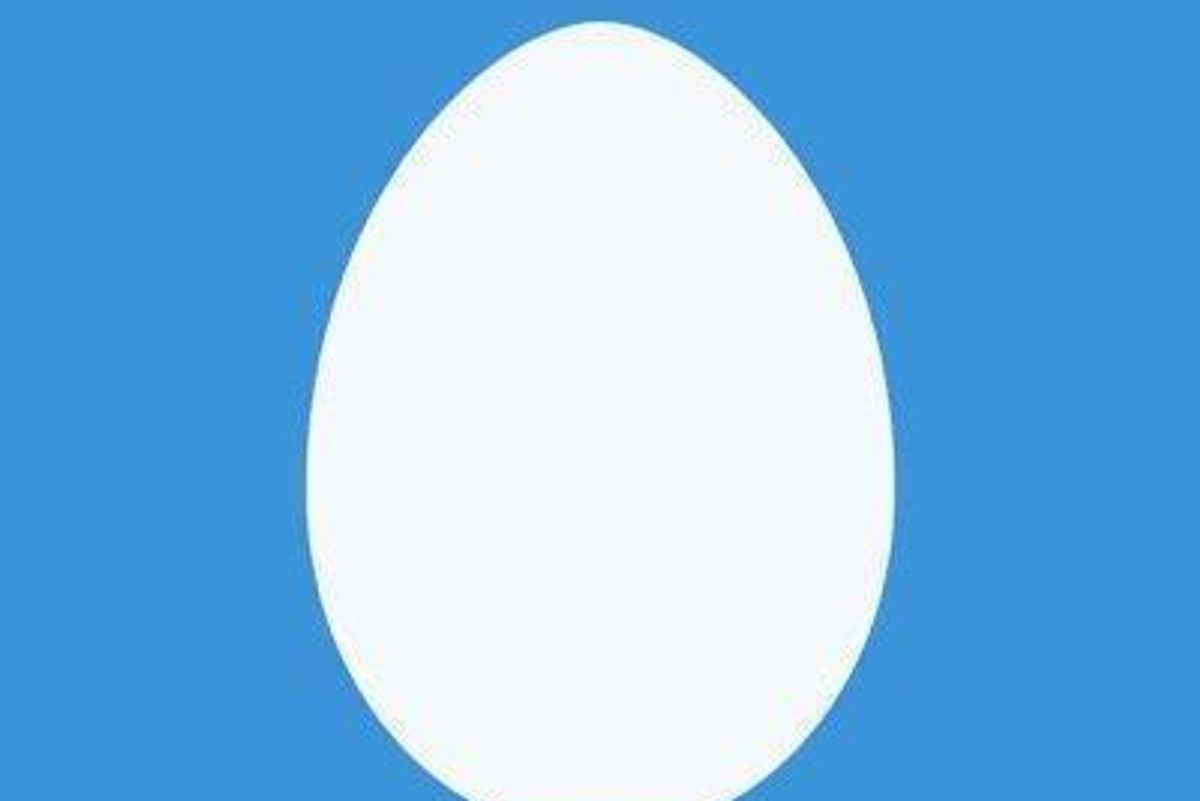 Ah, cyberbullying, that great American pastime. As we all know by now, online harassment, especially on Twitter, is a rampant problem that everyone from Monica Lewinsky to Melania Trump (lol) has tried to address. High profile cases like the relentless racist abuse ofGhostbusters actress Leslie Jones have helped push the issue to national attention, but users, especially those more vulnerable to harassment like women, people of color, and LGBTQ folks, have been calling on Twitter for years to do something about its vicious-abuse-by-anonymous-trolls problem. This reasonable request has been met by Twitter with half-hearted attempts at action, including temporarily and permanently suspending offending profiles.

The anonymity of the internet (and safe physical distance it provides) is a huge part of what contributes to online harassment. As a result, the default egg image that appears in place of a photo if a user chooses to forgo uploading a profile picture has become synonymous with abuse. So today, in order to combat that abuse, Twitter announced it will be ditching the egg for a dark silhouette of a unisex person.

Twitter's statement announcing the change said, "We've noticed patterns of behavior with accounts that are created only to harass others – often they don't take the time to personalize their accounts. This has created an association between the default egg profile photo and negative behavior, which isn't fair to people who are still new to Twitter and haven't yet personalized their profile photo."

While this negative association may be real, all the announcement really means is that the anonymous trolls will have a Myspace era-avi instead of the iconic Twitter egg. We're not really sure how this helps anything, but A for effort?