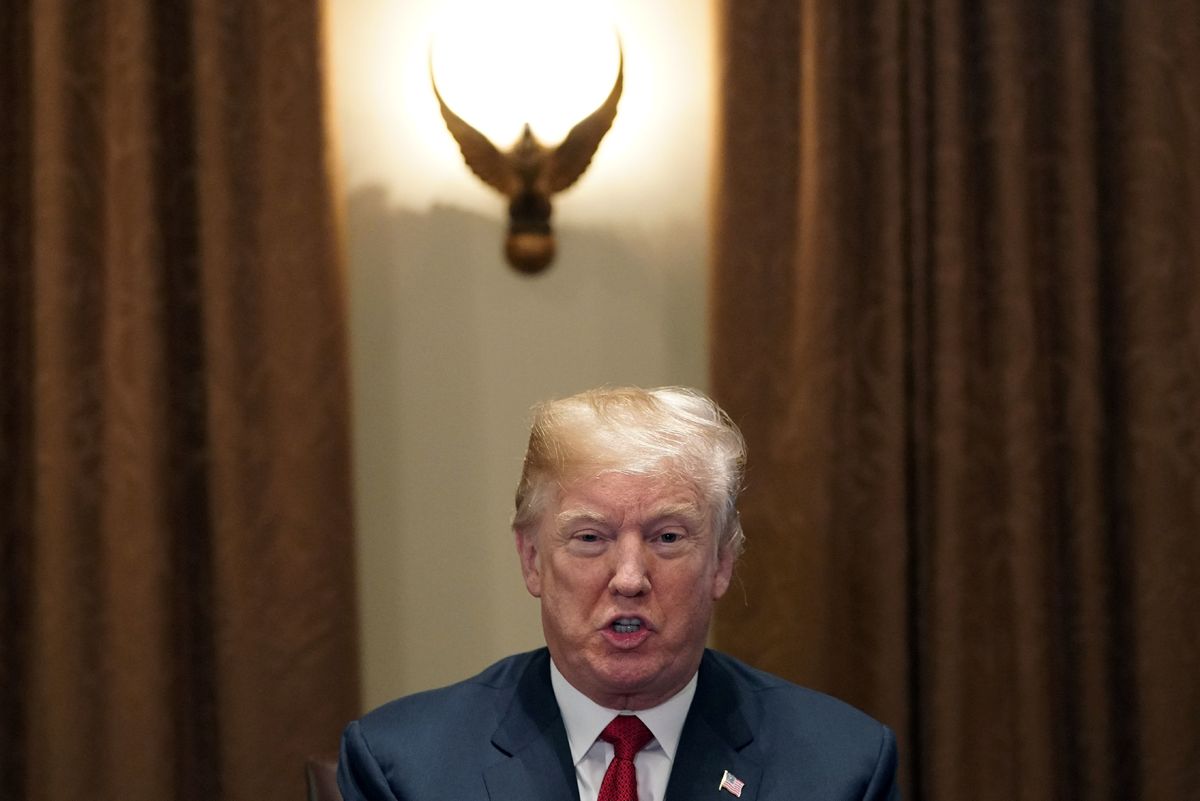 In a shocking twist of events, the truth about the state of Donald Trump's hair has been uncovered... and it's worse than we could have ever thought possible.

A toupé, we've long asked. A combover, we suggested. No, in fact, Donald Trump's hair is an intricate side sweep of a particularly long chunk extending over three quarters of his bare scalp before it meets the other side — both are twisted down the middle and no doubt held with copious amounts of hairspray.

New York Magazine has surfaced a video of Trump ascending on Air Force One in particularly blustery conditions, and an aggressive gust responded to all of our questions. Needless to say, without the assistance of his MAGA cap, the answer is bad. Very bad.

For a man so obsessed with his own image, oft criticizing others (particularly women) for not presenting themselves to his standard, this video is hugely enjoyable — albeit disturbing.

Sorry we revealed this to you, but ultimately it's for your own good.