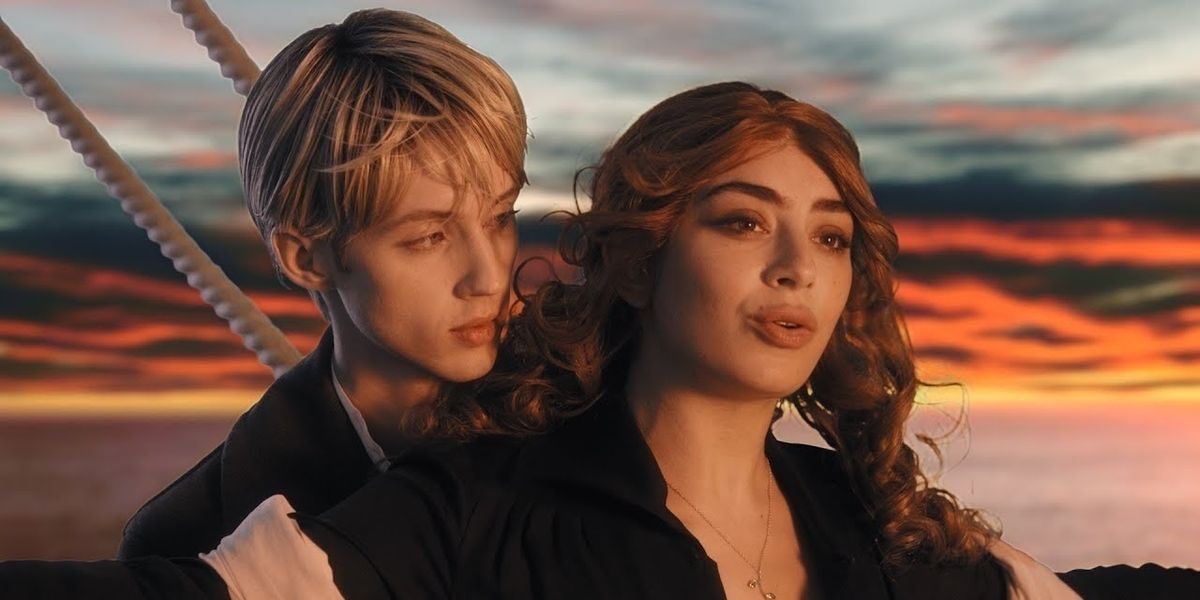 Troye Sivan and Charli XCX have released the video for their joint single "1999." The single art featured Matrix-style clothing and art direction; the video includes references to '90s greats like that particular Wachowski Siblings classic, as well as other era essentials like The Titanic, American Beauty, and The Blair Witch Project.

Troye and Charli also dressed up like '90s figures like the Spice Girls, Eminem, N*Sync (there's a perfect imitation of Justin Timberlake's ramen hair), the Backstreet Boys, Marilyn Manson, and Aqua. The Sims and Skechers sneakers also pop up, though as far as we can tell there's no reference to Prince.

The musicians performed "1999" live for the first time at Troye's Radio City Music Hall concert on Tuesday. Check out the full video, below.