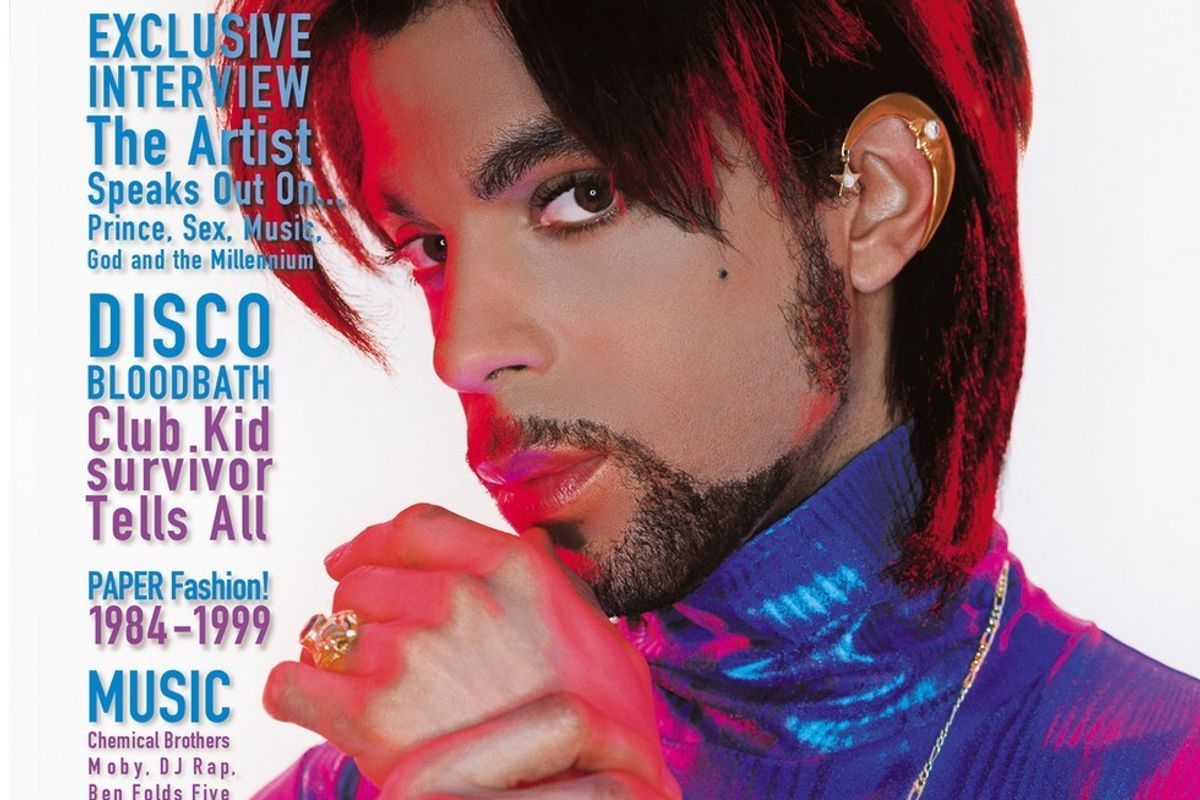 Our 1999 Cover Shoot With Prince Was a Hilarious Disaster

Hope that German shampoo commercial was worth it.


In 1999, we were celebrating our 15th anniversary in print. Somehow, we landed Prince for the cover. He rarely did press or photo shoots and was then going by the sobriquet 'The Artist.' We were told he'd show up camera-ready to the studio and that he only had 45 minutes to be shot.

We asked Dah-Len, a hip photographer of the moment, to do the shoot. We made a plan for Prince to arrive at 12 pm at Dah-Len's studio in the then-unfashionable meat-packing district. It was set.

I arrived just before noon to make sure everything for the shoot was in order and horrified to find a studio full of German people yelling, models having their hair done and general mayhem. It turned out Dah-Len had a double-booked a shampoo campaign that day and wasn't finished. I went outside in a panic, looking for a phone to call Prince's publicist, just as his stretch limousine drove up. The window rolled down and Prince stuck his head out and asked if we were ready for him. I babbled something about needing a few minutes and, though some celebrities would have raised hell, Prince remained calm. "How about if I drive around the block for 20 minutes and come back. Will you be ready then?" I SWORE we'd be ready.

Twenty minutes later we weren't any closer to being ready and the German shampoo people could have cared less. They had their own problems to deal with. I was beside myself, panicking, not sure what to do.

When his purpleness returned in his limo, I was on the verge of tears: "I don't know what to say but we're not ready," I stammered. "I'm sorry, everything is a disaster." I expected him to cancel the shoot, devastated that the cover of a lifetime was about to go down the drain. But Prince wasn't flustered. "If I come the same time tomorrow do you promise you'll really be ready?" I swore up and down that we were usually a highly professional publication and that we loved him and other embarrassing, effusive things.

Flash forward to the next day. We were ready when Prince rolled up right on time.

He came in wearing a purple metallic jumpsuit and looking exactly as fabulous as you would expect him to look. He was a little shy but friendly with everyone and the allotted 45 minutes quickly turned into 90 minutes. He was happy to stay and everyone on set was even more in love with him by the end.


A few days later I was at a nightclub called Life with Paper's cute receptionist and a former female intern. Who should happen to wander into the VIP but our fabulous cover boy Prince. He was with a small group of friends.

They were standing a few feet away from our little group and Prince kept staring seductively at my girlfriends. He had a wicked grin and such a piercing stare that each of the girls completely lost their cool.

In the studio, in the club, in a limo, wherever Prince went he drove the ladies, and gents, crazy.

Goodbye, Prince. You have our hearts.