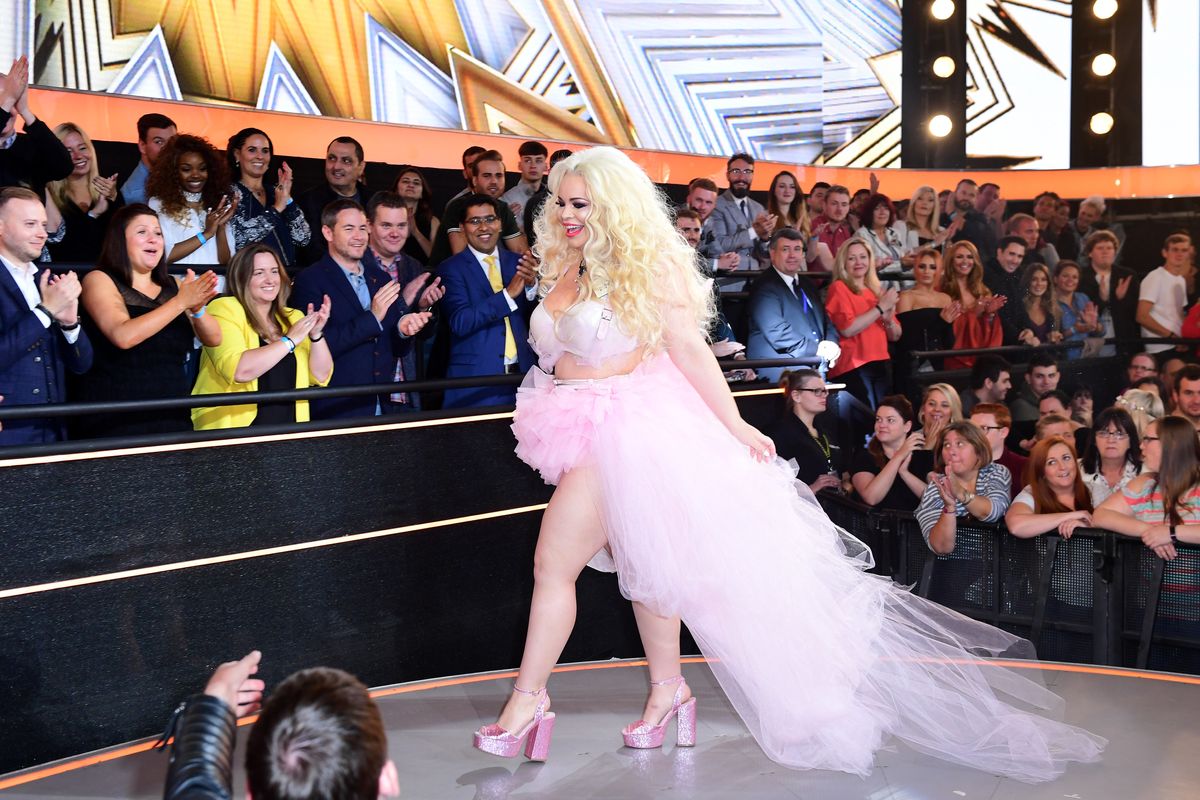 Though YouTuber Trisha Paytas is known for bizarre trolling, her supposed "marriage" to a cardboard cutout of Brad Pitt is baffling even die-hard fans.

For the past two weeks, Paytas has been teasing fans about her supposed "engagement" to an undisclosed mystery man. That said, fans were already skeptical about the upcoming Las Vegas nuptials — with many theorizing in the comments about what the catch would be — and turns out they were right.

Earlier today, Paytas' uploaded her "Official Wedding Video," which sees her being walked down the aisle by her mom and getting "married" to the cardboard cutout in front of an empty room.

"I never thought I would find someone who wouldn't leave me, and who wouldn't talk back to me and judge me for being crazy," Paytas said, before promising to never burn him. "This is real and this means a lot. From the moment I got you in the mail, I knew this would last forever."

And while some fans shrugged it off as just another one of her stunts, as Dexerto reports, others think Paytas's motive is much more sinister, with many accusing her of trying to move attention away from her controversial transgender announcement video.

As one commenter wrote underneath the video, "It's obvious she did all of this to distract everyone from the transgender scandal."

Trisha paytas just had a full blown wedding with a cardboard cutout of Brad Pitt a week after coming out as trans but not trans can someone PLEASE help her.

And while Paytas hasn't commented on the legal validity of the "marriage," as the publication reports, the internet has done some sleuthing via the Nevada State Records website, which turns up a blank.