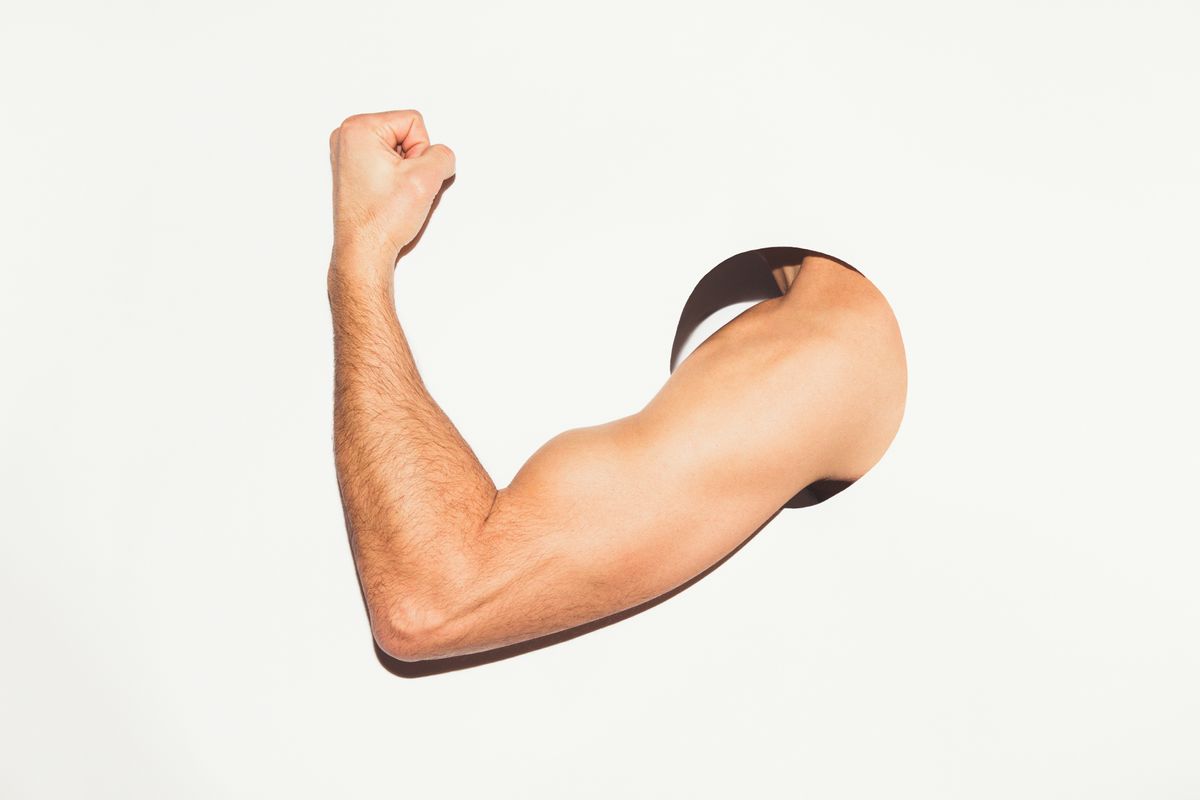 A new study confirms what we already knew: toxic masculinity sucks and is literally ruining the world.

But did you know there's an actual economic cost to the damaging gender roles that are constantly pushed on us? The study, called The Cost of The Man Box, revealed that "man up" stereotypes — and the harmful behaviors they lead to — cost the United States over $15.7 billion each year.

Conducted by Promundo and AXE, Unilever's leading male grooming brands, the report acts as a follow-up to a 2017 study called The Man Box, and examines the financial ramifications of toxic masculinity.

The report analyzed typical behaviors and beliefs pushed on boys and men under the guise of being a "real man." These include stringent ideas of "self-sufficiency, acting tough, physical attractiveness (but only in a certain way), rigid gender roles, heterosexuality, demonstrating "sexual prowess" and using aggression to resolve conflicts.

"The results showed that young men (ages 18-30) feel pressured to live up to a restrictive set of 'act tough' expectations that cause real harm to those around them and to themselves," the report explains. "The findings from The Man Box study were so strong, consistent, and alarming that Promundo and Axe partnered again to estimate the economic costs of harmful ideas about masculinity, in order to drive change."

We all know how gender roles not only inhibit an individual's potential but also cause psychological harm. But how does it amount to economical damage?

The authors of the study cite six "key outcomes or consequences" that hold statistical links to harmful masculine stereotypes and have "measurable social and economic costs," including "traffic accidents, suicide, depression, sexual violence, bullying and violence, and binge drinking."

The report takes into account public health data to estimate the cost incurred from a traffic accident or physical violence or drinking and driving. It concludes that all these instances are more likely to involve men than women given that men are typically excused for behaviors fueled by a desire to appear more "manly."

The other outcomes such as depression and suicide that stem from mental health issues are also typically ignored by men since it suppresses their impression of "toughness."

Ultimately, a number of the above instances result in lengthy court trials, lost jobs, and missed opportunities. The whopping $15.6 billion, however, is only an "initial, minimum estimate" given the limited categories and set of data, meaning the real damage is possibly much higher.

The Cost of the Man Box estimates a minimum cost of $20.9 billion that could be saved by the US, UK, and Mexican economy if there were no "Man Box," the report adds.

Read the full summary report, including recommendations for taking action across educational institutions, workplaces, the government, in media, and more here.