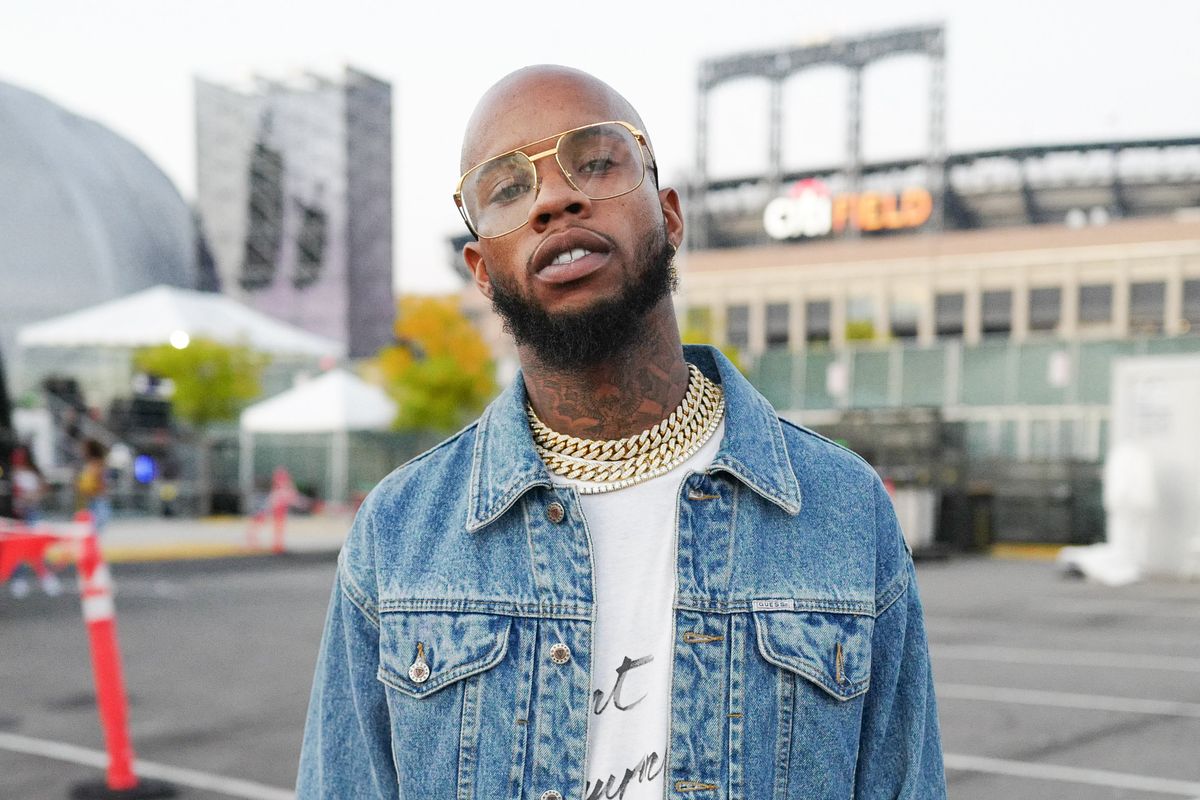 Rapper Tory Lanez has officially been charged with shooting Megan Thee Stallion by the Los Angeles District Attorney's Office. The charges were made public on Thursday, and now the rapper's spoken out about the case.

He used emojis to say, "Time will tell" in a tweet. He continued, "And the truth will come to the light ... I have all faith in God to show that ... love to all my fans and people that have stayed true to me & know my heart ... a charge is not a conviction. If you have supported me or meg thru this, I genuinely appreciate u."

The tweet has so far gotten over 30,000 likes, and fans have come to his defense saying that they don't believe Lanez would be able to commit the crime.

The DA's Office's statement didn't specify that the rapper had shot Meg's feet several times, though it says that he allegedly "personally inflicted great bodily injury" on a female friend earlier this year. He was also charged for carrying a loaded, unregistered firearm.

If he's found guilty for these charges, he faces up to 22 years and eight months in state prison. Lanez's arraignment is set for October 13.