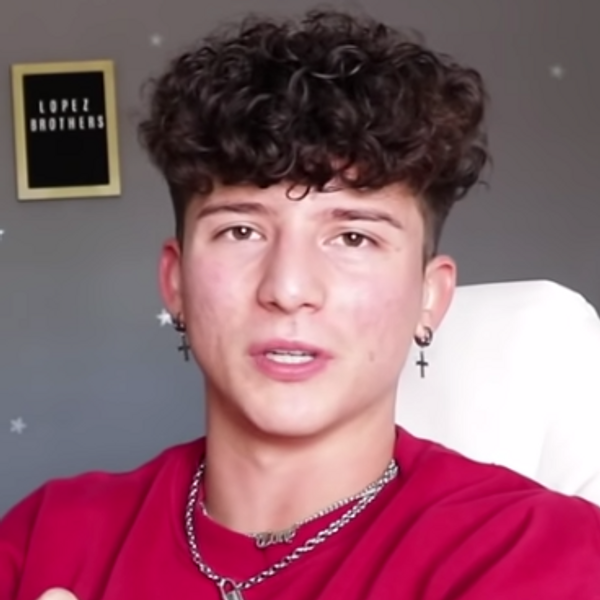 According to TMZ, the lawsuit was filed by two teenage girls — under the aliases H.L. Doe and C.H. Doe — who accused the Hype House member of using social media to groom and coerce them into meeting up for sexual acts. They are also suing Hype House founders Thomas Petrou and Chase Hudson for negligence.

Per the filing, both plaintiffs said that Lopez knew they were minors but still tried to pressure them into either "physical sexual acts and/or [sending him] illicit and obscene child pornographic images of themselves." Additionally, H.L. and C.H. went on to allege that Lopez has had "at least three additional female victims who were minors."

H.L. accused Lopez of engaging in oral and vaginal sex with her on January 4, 2020 after telling him that she was 16. Later, H.L. said she admitted to being 15, but that they had sex again on January 19. The second time, she also said Lopez told her not take any photos as he wanted to their relationship to remain a secret because of her age.

C.H. said she met Lopez after being invited to the Hype House by Petrou in April 2020. Right after exchanging numbers and Snapchat information, she claimed that Lopez repeated requested nude photos of her and asked her to sneak out for sex, despite knowing she was 16. According to C.H., she always declined, but Lopez still sent her photos his penis.

In response to the lawsuit, Lopez told the outlet that the allegations were "not at all true."

"I never sent nudes to these women and didn't ask them to send me pictures either. And, I certainly wouldn't have sex with someone who told me they were underage," he said. "This whole thing seems like a money grab to me. I'm going to fight it to the very end. I will not allow them to continue to slander my name and attack my character."