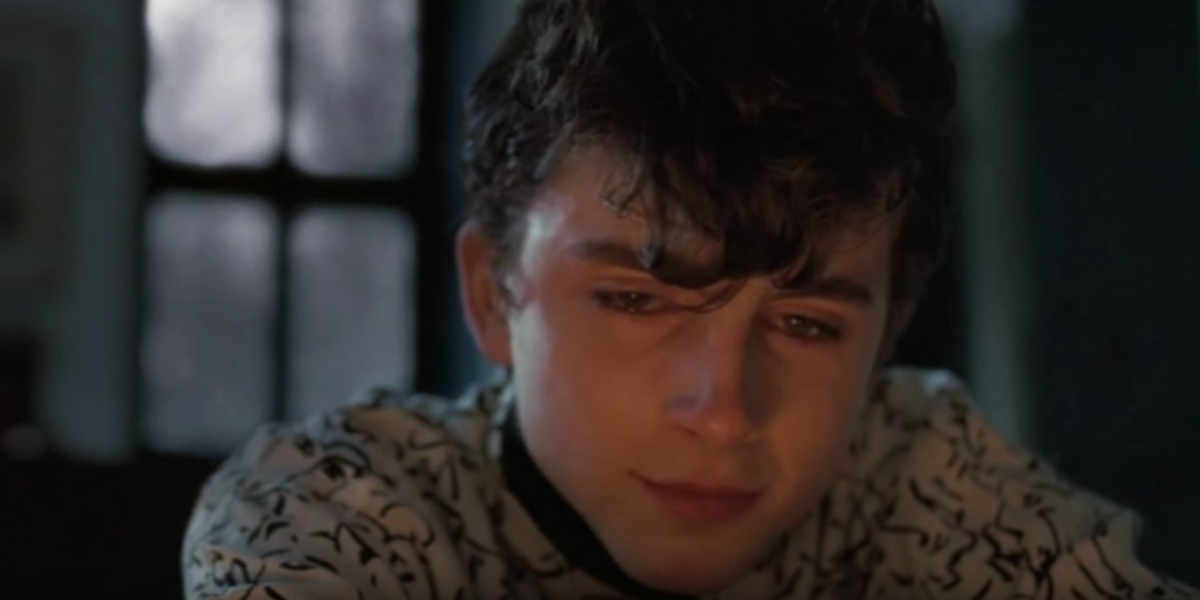 Here's What Timothée Chalamet Listened to During That Final Take

Elio's long, slow cry by the fire was the most beautiful and heartbreaking scene of Call Me By Your Name. Actor Timothée Chalamet inarguably deserved an Oscar for that final moment, and now we have learned the secret behind his believable emotion: Sufjan Stevens.

In exclusive DVD commentary, Chalamet and Michael Stuhlbarg (Elio's father) go back and forth explaining how the film was created, and while most of the revelations make for great trivia knowledge, the set-up for the film's final shot is particularly interesting. Chalamet reveals he was listening to Stevens' "Visions of Gideon," from the CMBYN soundtrack, while being filmed.

"Sufjan's song was playing in my ear so I could mirror the structure," Chalamet said. "It was bit of an acting experiment. I was grateful I had enough personal experiences to draw from. I don't wanna do that all the time... With the camera this close and the take being as long as it is — it felt like anything else would ring false. The camera was just in the fireplace. There wasn't anybody behind it."

Also interesting, Armie Hammer called the famous party scene (in which Oliver and Elio dance to the The Psychedelic Furs) the "worst scene of his life" — despite the fact they had an '80s dance choreographer.

Relive the scene, below, and cry for days.