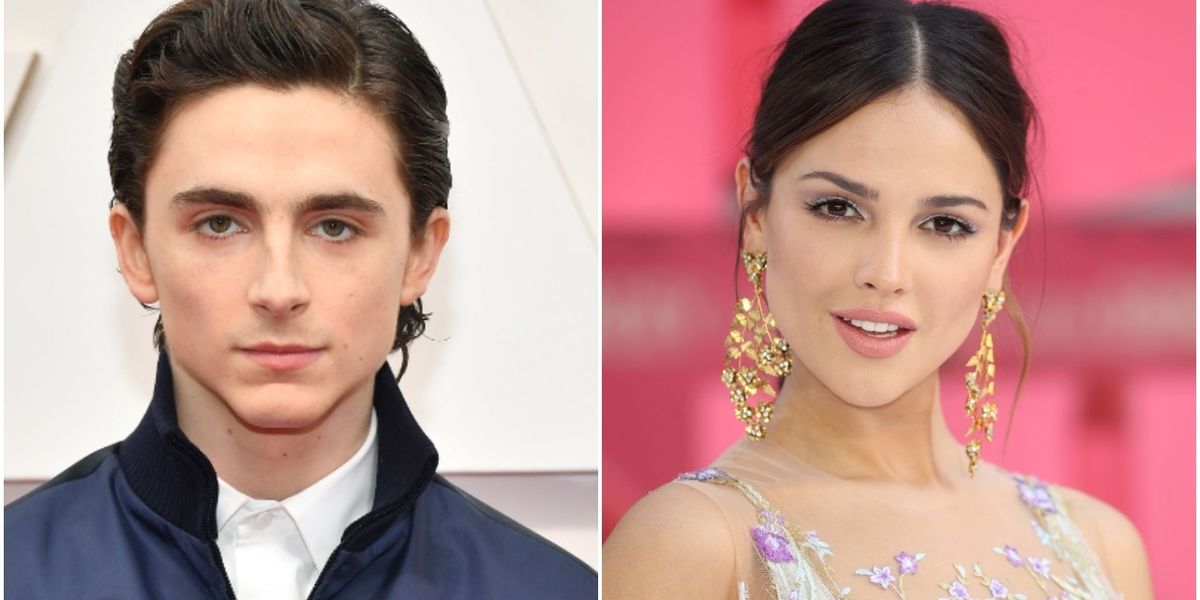 Eiza González Apologizes for Past Use of Blackface

Earlier this week, TMZ published photos of the two kissing while on vacation in Cabo San Lucas with some friends. And while the actor has yet to confirm anything official, that hasn't stopped fans from speculating that González is the actor's new "girlfriend" following his break up with Lily-Rose Depp.

However, his decision to go on a romantic getaway during the ongoing pandemic has also been met with ample criticism. Not only that, but González has previously come under fire for wearing yellowface in Japan and Blackface on an episode of the telenovela, Lola, Érase Una Vez — something that led fans to question Chalamet's choice of "racist girlfriend."

"Timothée Chalamet be like Black lives matter but also my girlfriend did Blackface," as one person wrote, while another added, "@RealChalamet you were out protesting a week ago for BLM and now you are out in CABO during a PANDEMIC with possibly a 'girlfriend' that has been racist and insensitive towards Black and Asian people."

the stuff about eiza gonzalez doing blackface and cultural appropriation is real but she explained herself a while ago (second pic) and apologized... pic.twitter.com/DVNUCjcauJ

i’m gonna day this in the most mature and respectful way possible... @RealChalamet you were out protesting a week ago for BLM and now you are out in CABO during a PANDEMIC with possibly a “girlfriend” that has been racist and insensitive towards black and asian people...REALLY?!

In the wake of the backlash, González issued a second public apology, in which she said she is "deeply sorry and ashamed about having worn Blackface makeup shown in the images circulating."

"As a 15-year-old child actor on my first job in a Mexican telenovela, I was pressured against my will, and with no negotiating power, I could not advocate for myself in the situation," the now-30-year-old told Page Six. "I wish I had the voice and knowledge then that I have now."

González went on to defend the yellowface photos by saying her Japanese host had told her "it is considered an intercultural exchange to dress up in their traditional clothing and makeup."

"It is seen as an appreciation of their culture. However, I understand that out of context, this calls for a dialogue about contemporary cultural appropriation," she continued, before adding that she has also dealt with racism "throughout my life and career."

"As a Mexican woman and an immigrant, I have faced racism and ignorance throughout my life and career. I would never intentionally participate in anything that I knew would cause harm or distress to another person," González said. "More than gestures of apology, it is my responsibility to educate myself and use my voice to stand up for others. And again I deeply apologize for hurting anyone."

Chalamet has yet to respond.