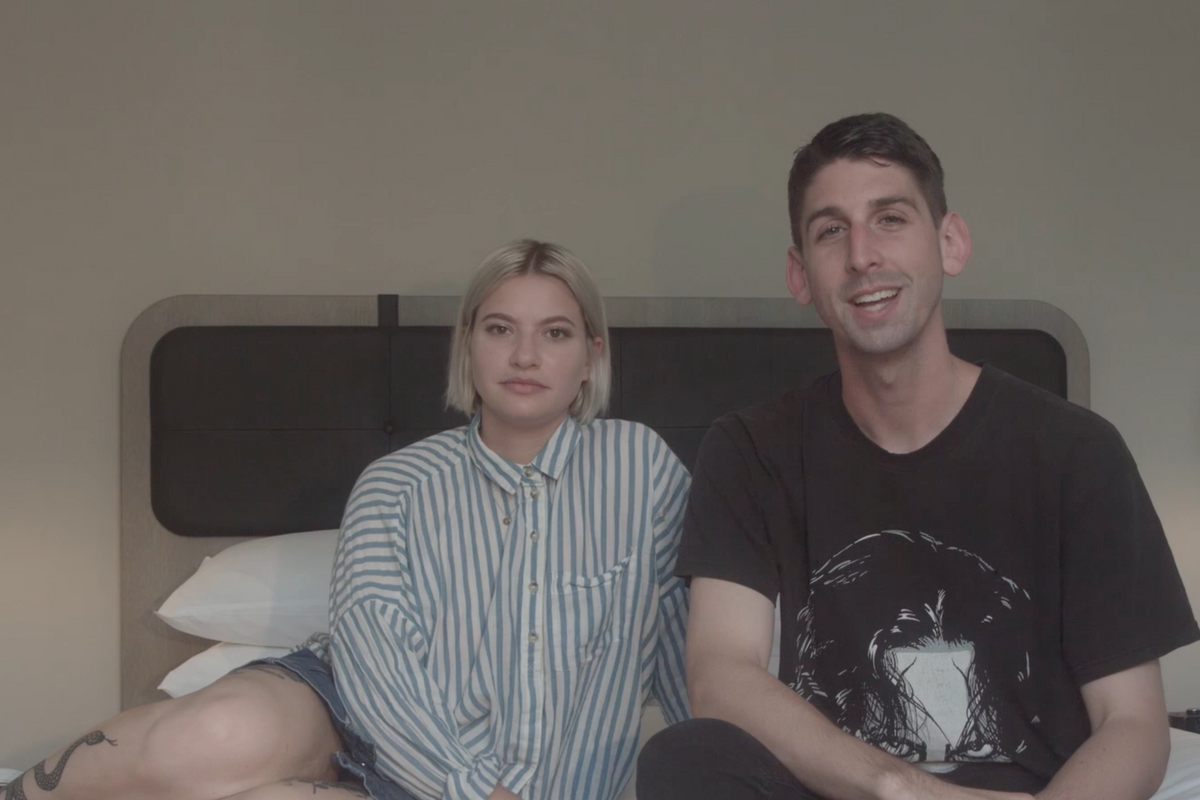 Tigers Jaw Joins Us in The Paper Penthouse

In an era when commercial viability is more important than creative risk, and mass appeal often comes before artistry, it's always exciting to see those who are unafraid to buck the system producing music on their own terms — and indie-pop duo Tiger Jaw is just that.

The pair's critically-acclaimed major label debut, spin, also happens to their label's debut (Atlantic imprint, Black Cement), and the latter couldn't have picked a more impressive band to get behind. Tiger Jaw, comprised of Brianna Collins and Ben Walsh, is everything fans of Fleetwood Mac and The Feelers have been missing.

We recently asked the two to strip down spin for our PAPER Penthouse series. Check out their performance in full, below.