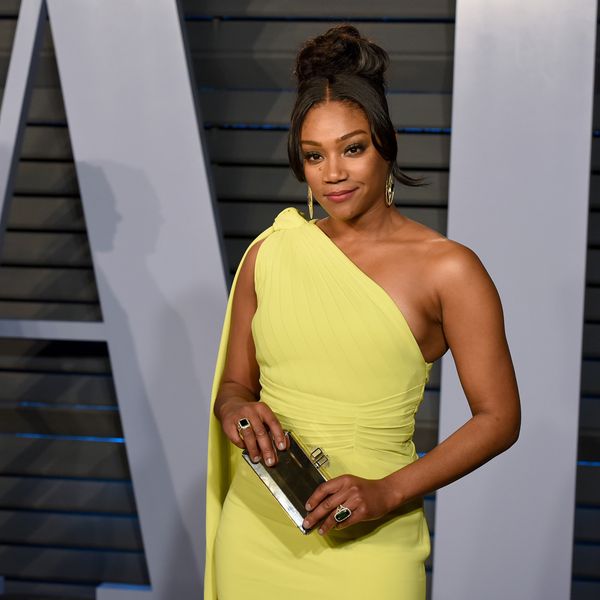 Tiffany Haddish to Produce Show on 'Female Blackness' for HBO

Comedy maven and master storyteller Tiffany Haddish is onto her next project: producing a comedy series for HBO, Variety reports. The show will reportedly be "an examination of female blackness, beauty, and identity through a behind-the-scenes look at the Instagram hustle."

Titled Unsubscribed, the series is the first project of Haddish's first-look deal that she inked with HBO earlier this year. It will be written by Danielle Henderson, who previously wrote for Difficult People and Divorce, and first time writer Xosha Roquemore, who previously starred on The Mindy Project.

Haddish has been busy. In addition to the announcement about the show, she currently stars opposite Tracy Morgan on the new TBS comedy The Last O.G., which premiered April 13 with massive ratings.

This year alone, Haddish will also: voice a lead character in animated Netflix series Tuca & Bertie, star in New Line's The Kitchen and Universal's The Temp (which she'll also executive producer), will star and executive producer Limited Partners at Paramount, and will star opposite the ever-bankable Kevin Hart in Universal's Night School come September.

Not too shabby for our Groupon Queen.