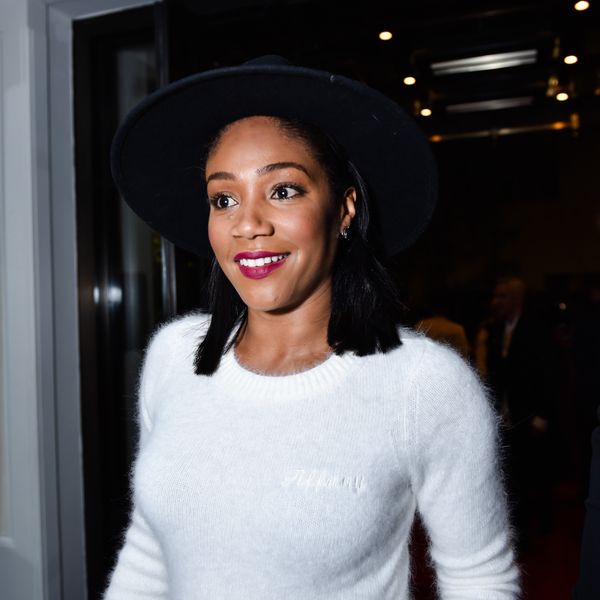 Tiffany Haddish and Beyoncé Are Still Friends After #WhoBitBeyoncé

Comedian and Girls Trip actress Tiffany Haddish launched one of the great pop culture mysteries of our time when she told GQ that someone recently bit Beyoncé at a party.

As the news about the famously-private pop star spread, Beyoncé seemed to subtweet Haddish in her song, "Top Off," when she sang about people needing to sign an NDA if they want to hang out with her. In fact, Haddish has signed an NDA, so she said she would never reveal who the mysterious biter was. (Though the Internet thinks it is Love & Basketball star Sanaa Lathan).

Recently, Haddish was asked about her relationship with Beyoncé following the whole debacle, and she reassured us that they're on good terms. She told People that the news garnered much more than she had anticipated, saying, "I didn't think it was going to blow up like that."

She added that most of the drama comes from people outside her actual relationship with Beyoncé, saying, "We've talked since then, and it's been cool. Nobody's trippin' except for everybody else."

Honestly, guilty as charged. I truly want to know every detail about every Tiffany and Bey hang out.