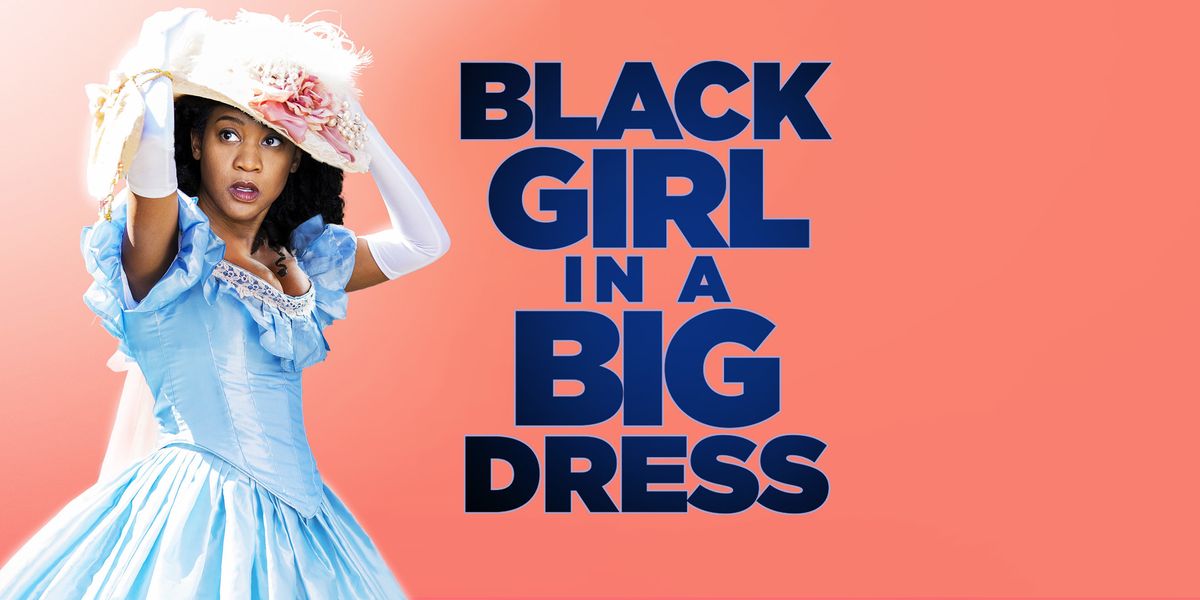 Black Panther has been a big win for diversity on the big screen — and also for exposure to African culture and Afrofuturism. But while the film is a groundbreaking achievement in terms of its off-the-chart ratings, as well as its celebration of black culture, mainstream media still has a long way to go. There is still a lot to be said about how television shows and films portray the "typical" African-American narrative.

The story of economic struggle and of living in supposedly "bad neighborhoods," while a reality in some places, is not the singular definitive story that represents all African-Americans. With web series Black Girl in a Big Dress, actress, producer, and screenwriter Aydrea Walden wants to show that being black in America — although in very rare cases — can also mean sipping on tea and dressing up in Victorian cosplay.

"Black Girl in a Big Dress" is an eight-episode web miniseries "about an Awkward African American Anglophile cosplayer navigating 21st century dating with 19th century ideals." And while the show is largely a commentary on the loss of romance in dating in this day and age, its context largely draws from Walden's own experience as a self-defined "oreo," or as she says in her satirical blog The Oreo Experience, "a total whitey in a black chick's body." With the series as her vehicle, she comments on how her upbringing and interests seem to clash with what society thinks supposedly defines black culture, and also, at times, set her apart from her own people.

"About a year ago, when I started this process, a lot of the meetings I was going on I was always getting asked about my urban experiences," says Walden. "People were wanting to see me to tell really specific, more 'traditionally black' stories." The L.A.-based entertainer tells PAPER she was frustrated because this wasn't something she could really relate to. Yes, she visited a black Baptist church regularly with her parents. But she never felt like she fit in with the other kids. She grew up watching British comedies with her dad, after all.

"I think I said to someone, 'I just want to write something like sketch comedy meets British comedy meets a little bit of a period film.' And a friend just said, 'Well why don't you just write that?'" And that was how BGBD got started.

Walden, whose parents are both black and from the south, grew up in a very white suburban neighborhood. Their family was the only black family in their neighborhood, and she was one of two black students in her grade until high school. "The things I was naturally interested in were things that, for so much of my life, people were surprised that little black girl was into opera or classical music or the ballet or theatre or studying French or Shakespeare." A question people always asked, even just by the expression on their faces, was "Why do you like all this white stuff?"

And while she has nothing against rap, hip-hop, Beyoncé's Lemonade, and definitely knows who Solange Knowles is (despite feigning ignorance when speaking to her cousin in the first episode of her show), she just naturally gravitates to show tunes and Andrews Sisters best hits. And that doesn't make her any less black. "I listen to 'Halo' because I can kind of sing it in karaoke."

"I think one of the things I'm most jealous of white people for is that they're just left alone. You don't have to justify anything that you like!" This, she says, is very clearly an issue of representation in media. "If you're a white person and you turn on the TV, there are a billion representations of you doing anything. Being a person of color, you have to spend a lot of time explaining 'How on earth did you come to play the flute? That is just crazy!'"

One of the great things, Aydrea says, about the web series is that it's helped her find more people who also found themselves in these little niches and felt the same way growing up. "The response has been tremendous and amazing, and I would love to do a second season."

Aydrea says she hasn't written the script for Lady Kate's next adventures, but she hopes to work on it soon — whether independently, or if some company decides to work on the project with her. *Ehem* Netflix, please take note.