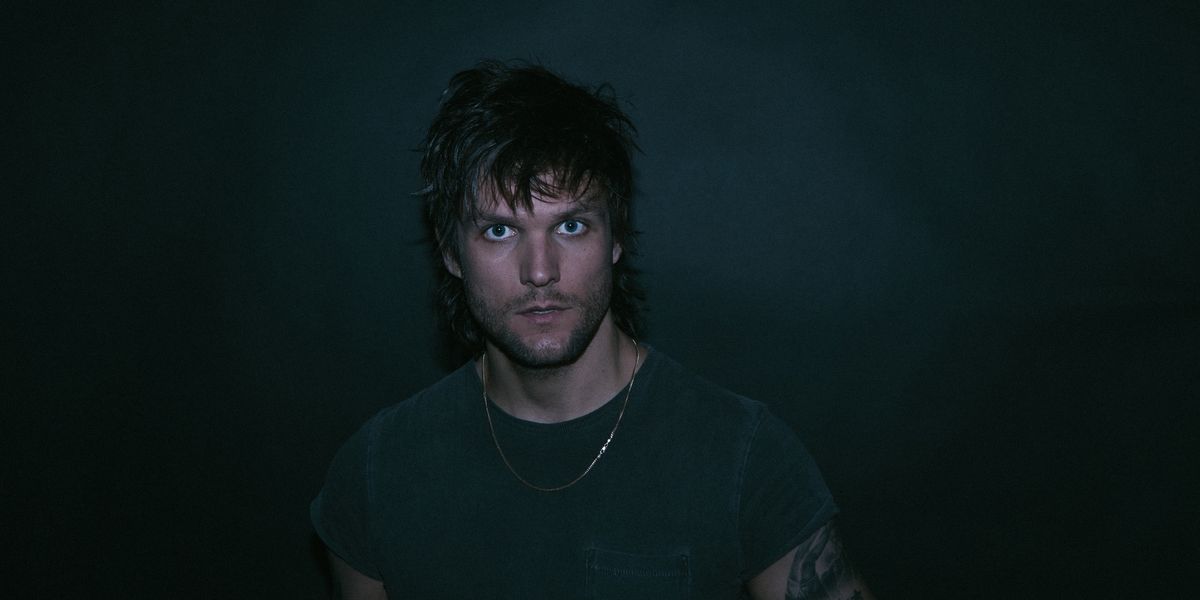 The former lead singer of early 2000s staple Boys Like Girls, Martin Johnson has resurfaced with a brand new project, fresh sound, and an incredible story. Although his friendship remains with the pop-punk band's former bassist Bryan Donahue, drummer John Keefe, and lead guitarist Paul DiGiovanni, Johnson realized his journey in music would continue far beyond the band's run — although songs like "Love Drunk" and "The Great Escape" remain bops today.

Johnson later found his footing as a writer and producer with a number of top artists like Taylor Swift ("Two Is Better Than One"), Avril Lavigne ("Here's to Never Growing Up") and Jason Derulo ("The Other Side"), among others. Eventually, there was a demand for more Johnson at the forefront of that alternative radio-rock sound, and his new solo effort, The Night Game, fulfills just that. The project, which launched in 2016 with Australian producer Francois Tetaz, has spawned singles "Once In A Lifetime" and "The Outfield."

Just last year Johnson penned the anthemic record "Kids In Love" for Norwegian record producer/DJ Kygo, and now he's released his own version of the track — a slower, more solemn mix with '80s synths and soft piano. Listen to the PAPER premiere, and learn more about Johnson's journey into The Night Game, below.

Let's take it back a bit. How did you get your start in music?

That was your start with Boys Like Girls right? How'd you get connected to with those guys?

They were all guys that I lived with. You know, when you play in the local Pop/Punk scene and you meet dudes that are doing the same thing. We were booking our own tours. It ended up being the drummer of the band I was in called, The Drive. It was based out of Massachusettes, and we went on like a DIY, MP3.com, reaching out to other bands, kind of tour and we ended up starting Boys Like Girls. I was like 17 and a junior in highschool. I ended up graduating high school, leaving early, and we started working on the record.

You've had quite a bit of success in your career and you experienced music throughout a number of its phases. What inspired you to continue doing music after Boys like Girls?

I don't think it ever closed. I went out to dinner with John last night. I think it's kind of stupid when bands break up, you never know. You can play a show whenever you want, it doesnt have to be like that. If you're still really good friends why break it up, you know? We all had more and different things to say than what was left in the expectations for music we could make with that platform. So I started writing and producing songs for other people and it led me to feeling like I had more to say as an artist. Sort of locked myself in a room for a couple years to work on music that would end up being this project, The Night Game.

Was there a point when you felt like you wanted to come out as just a solo artist?

Yeah, I made a record that I maybe wish sometimes that I threw out it was a Boys Like Girls Record. I moved to Nashville and wrote a record that was going to be a solo record and we ended up putting it out with Boys Like Girls. I think with the Night Game it's Martin Johnson the mystery a bit.

How has the chemistry been since you started The Night Game?

It's really good! It's been a really fun live show. The album was pretty interesting, meeting the guys that would end up playing in the live band. We flew in this guitar player from Australia, who makes sounds I've never even heard. The producer I was working with, Francois Tetaz, played me a clip of him playing noises with his petals on the street. I was really inspired by that and you can hear it smothered over the sounds he makes over his guitar. It's unlike anything I've ever heard and it just inspires me so much as a guitar player. It's really cool to see someone do something inventive with that instrument in 2018. The first day we were recording, he was like let me know when day 1 of rehearsal is, let's do this thing. It ended up being really great having him on the journey.

Do you find it difficult at all having to navigate as an artist in this social media and digital age?

Yeah, I find it a little bit exhausting trying to keep up. I find I need a little less validation than some people. I'm pretty okay to not have an Instagram or not have a Twitter. That would be fine with me but it's about adjusting my perspective and seeing it as a vehicle to promote music I work so hard on. You spend 18 hours a day in the studio and you can get that to people instantly. I grew up in the Myspace generation so for me, music has always been free. Music you put up online, it's free to stream, it was free then on MP3.com. I've sold some physical records in my career but if you spend your time feeling resentful about progress, it's going to be pretty exhausting. I don't know that I'm going to be the one that makes people start buying CDs again. It's going to be what it is, embrace the fact that music is free. When I was a kid and I really wanted to play music and play my songs, it was never really about making a ton of money and selling a lot of albums. I think there's unique pressures because everything is so instant but I think that's okay. You roll with it and you adapt.

Are there any new artists that you worked with that you connect with the most?

I loved working with Kygo, it was really interesting for me. I like working with people who do things that I can't. When I work with people that do things I can, I end up just saying well I'll just do it. With Kygo, I completely have zero ability to create the type of sonic atmosphere that's going to make people want to dance or move. That electronic kind of music. I grew up playing guitar, so it was really fun and interesting for me doing something that modern. It's exciting to release a different version of it. It's the same song just from a different lense, the way I would hear it.

Related | A Morning Off with Kygo: the Boundary-Breaking Producer

What is "Kids In Love" all about?

It's about the emotion of growing up and what it's like being young and in love, moving on and pushing past things. It's hard saying hey this isn't going to work or I'm an adult now. The post I wrote is about that time in Massachusetts and the girl being a metaphor for what it's like to let it go.

Tell us about The Night Game tour!

In the spring, hitting about 13-15 shows. We'll be performing a bunch of unreleased music, it should be a really good time. We'll play through the album that isn't released yet which will hopefully be out later this year. Giving the fans a bigger taste than what they get online. It's a short length project and we're putting the final touches on it. I'll probably be poking at it until it's out.

Is there a title for this new project?

No title yet. There are a couple working titles, but we'll see.

Since this is allowing for new fans to find out about you as an artist and introducing you to new fans. What is one thing you want them to take away from your music?

I think it's what I always take from my favorite artists. To be able to relate to it, and make you feel something. For it to bring you back to a memory and to feel it the way that I do.