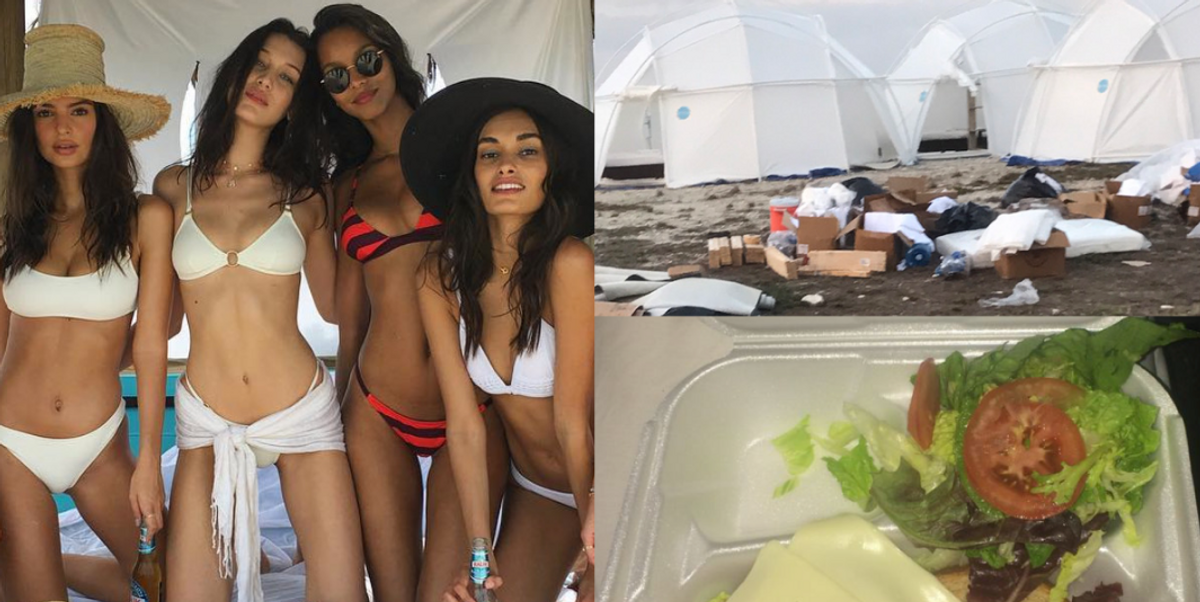 Ja Rule issued an unofficial statement via Instagram, saying that while the disastrous turn of events at the FYRE Festival was "NOT MY FAULT," "I'm taking responsibility I'm deeply sorry."

If it's any consolation, Ja, we forgive you.

While many predicted that FYRE, a luxury music festival aimed at rich millennials, might go completely to the dogs, literally no one on the planet could have called the chaos the event has now descended into.

Hip-hop star Ja Rule and 25 year-old Billy McFarland (the entrepreneur behind several bizarre start-ups) were the brains behind the music festival, which boasted a private plane charted from Miami to Great Exuma in The Bahamas as well as luxury packages that range up to $250,000 dollars. You'll recall the festival was promoted by a range of supermodels, , including Kendall Jenner, Bella Hadid and Emily Ratajkowski, who were flown by organizers to The Bahamas last winter.

Then everything fell apart. Headliner Blink 182 pulled out last night and they have now canceled the festival, as well as all flights to the island, leaving many stranded. Artists are also reportedly not being paid. Reports of squalid conditions, very little food, looting, tents set alight and locals with guns have been all over social media. As you can imagine, people are calling it a scam.

Early report is that many of the tents aren't assembled. Here's their tropical private island owned by Escobar!… https://t.co/8L3MkE2Tk1
— FyreFestivalFraud (@FyreFestivalFraud)1493317056.0

Well this is incredibly unfortunate for those stranded both in The Bahamas and Miami, the Internet loves to watch rich people burn.

@WNFIV how would you describe yourself based on your current reality at #fyrefestival (also thanks for the pics) https://t.co/NpulRGxAyX
— Olivia Ellis (@Olivia Ellis)1493350598.0

I'm literally reeling. This is too much.