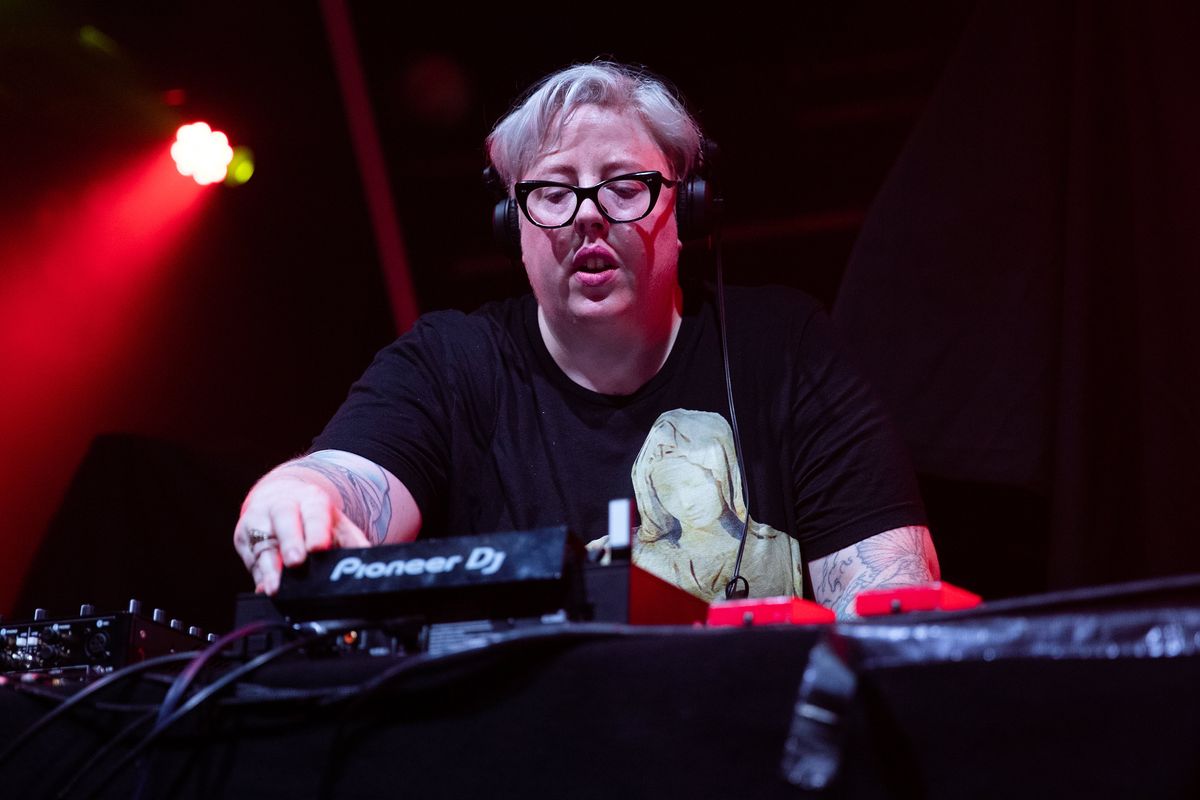 From The Chicks to Washington's football team, a number of celebrities, brands and beyond are revisiting their naming mechanisms that have drawn years of criticism for their racism and cultural insensitivity. Marea Stamper — the DJ and producer formerly known as The Black Madonna — is one of the latest to appear in the conversation and, as a result, has made a major name change.

Stamper's stage name is now The Blessed Madonna, a move she announced on social media after a petition was signed by more than 1,000 people calling for the long-overdue change.

The DJ explained that, while she and others who felt devoted to the Black Madonna "icons" in catholicism were in favor of her name, she "should have listened harder to other perspectives" who called out its insensitive and appropriating nature.

"We're living in extraordinary times and this is a very small part of a much bigger conversation, but we all have a responsibility to try and affect positive change in any way we can," Stamper wrote in the statement, taking to her Instagram comments to include a shoutout to Diana Arce, an artist, activist and educator, for her guidance on the decision.

"And I have to thank @visualosmosis who does incredible advisory and teaching work for working with me and talking me through this," Stamper wrote. "Her guidance and professional expertise was invaluable. Please hire her to teach you."

The aforementioned perspectives include the voice of Monty Luke, who started the petition which ignited Stamper's decision to rethink her stage name. Luke, who's a DJ and the founder of the Black Catalogue label, emailed Stamper on June 14, according to the petition, but received no response to the "effort to open a dialogue." Luke also explained that a follow-up email sent on July 7 also garnered no words from Stamper.

"This name, 'The Black Madonna,' holds significance for catholics around the world, but especially so for Black catholics in the US, Caribbean and Latin America," Luke wrote in the petition. "In addition, Detroit's Shrine of the Black Madonna has been an important cultural figure to many interested in the idea of Black feminism and self-determination for the past 50 years."

Luke went on to explain that the insensitivity and appropriation also live in Stamper calling herself Black with her stage name, which is "highly problematic" regardless of the name's religious roots.

Luke's call to action was effective, and this reckoning will likely (and necessarily) continue to change the ways artists across mediums and genres consider their biases and force white public figures to confront problematic behaviors head-on.

"Through the use of aliases, artist names, song titles and even clever publicity and media schemes, there have been countless examples of white artists appropriating aspects of Black culture to their benefit," Luke wrote in the petition's introduction. "By creating a Black identity, these artists aim to create authenticity, without acknowledging the damage and hurt they cause to Black people and Black culture."

the number of times she's been called out for this consistently over the past half-decade. i remember at first she… https://t.co/iYgIKWhh6d
— tay (@tay)1595178336.0