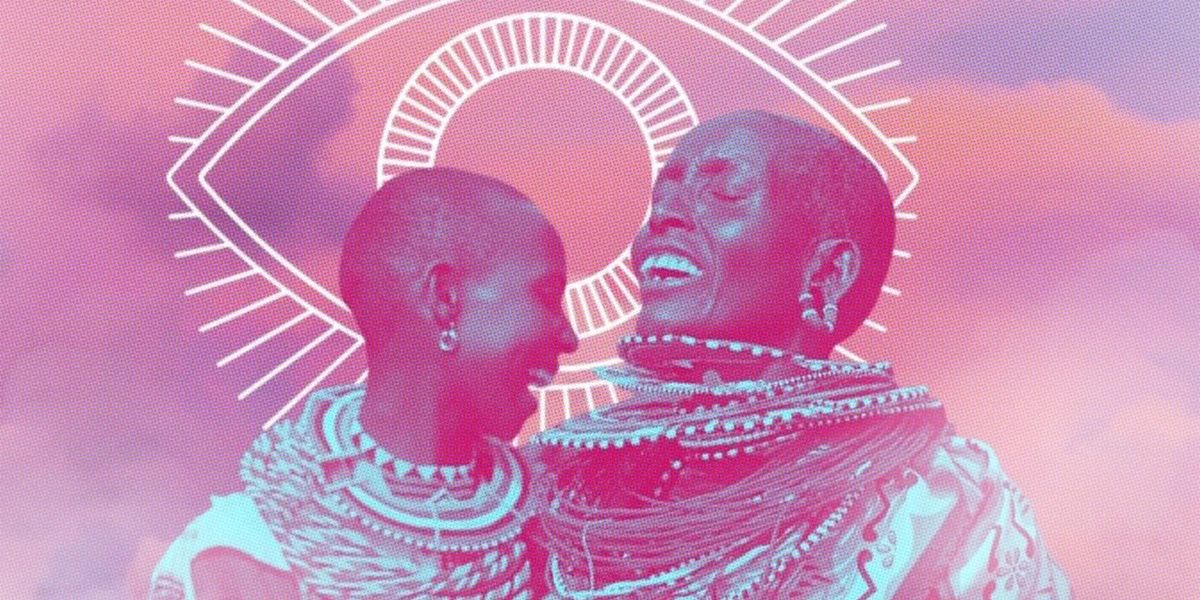 From the burgeoning popularity of international ayahuasca retreats to Oregon's recent legalization of psilocybin in a therapeutic setting, mainstream attitudes toward sacred earth medicines — or natural medicines like psychedelic plants, fungi and animal-based substances — have been changing rapidly over the past few years.

But despite a widening acceptance of these medicines, the erasure of the non-Western cultures that have been using them in sacred rituals and rites of passage ceremonies for thousands of years is still a pervasive problem. And it's one that The Ancestor Project is now trying to rectify.

Helmed by Charlotte James and Dre Wright, the Black-led psychedelic education collective aims to help all kinds of people — but BIPOC in particular — build an intentional relationship with sacred earth medicines through virtual ceremonies, group integration circles and preparation sessions.

"We offer support along every step of someone's journey," James said. "So helping folks plan out a little bit of their medicine path, and come to really clear intentions for that work, and then learning how to take the downloads from their journeys and turn them into daily action."

After all, as Wright went on to explain, these practices can help people relieve the lasting effects of trauma by facilitating mental and emotional healing through these spiritually cleansing journeys. And all of this is believed to be achieved by these medicines' ability to induce neuroplasticity, or the brain's ability to change ingrained patterns and behaviors.

"What we find is that our ancestors had an approach to helping and supporting people through their trauma, and optimizing their health in their life," he said. "And that started with working with the sacred plant and animal medicine in the context of an appropriate setting."

Because of this, Wright added that the use of sacred earth medicines like kambo — a secretion from an Amazonian frog that The Ancestor Project works with in a ceremonial context and is legal in the US — can be particularly helpful for BIPOC, as people who live a "constant state of trauma" from existing in a "structure of abuse, like structural racism and white supremacy."

But even so, the unfortunate reality is that many BIPOC interested in sacred earth medicine also tend to feel "unsafe" in the mostly white groups that tend to dominate the space. "Many times, trauma was caused," he said. "Microaggressions or macroaggressions in those very vulnerable experiences."

Adding to this though is the fact that many of these medicines are still highly stigmatized for BIPOC, who still hold onto residual fears stemming from disproportionate drug policing, anti-drug propaganda and racist policies that kept many of these medicines demonized for so long. And coupled with a colonizer mindset that "shamed any traditions that weren't patriarchal" or shirked any medicine "you can't really make money off of," Wright said that many elders with knowledge of these practices "became much more conservative around these things to survive" and assimilate to the new status quo.

Case and point: The story of María Sabina, who served as the inspiration for the collective's original name, "The Sabina Project." A Mazateca curandera in Oaxaca, Mexico, Sabina was manipulated into facilitating psychedelic mushroom ceremonies for a CIA-funded amateur mycologist named R. Gordon Wasson. Then in 1955, Wasson went on to publish a story about his experiences in Life magazine, leading to a flood of Westerners who caused a scarcity of mushrooms and elicited unwanted attention from the Mexican police — ultimately leading to Sabina's excommunication from her community.

That said, while James and Wright initially sought to honor her legacy and "point toward the appropriation" that happens with sacred earth medicines, the collective was later changed to "The Ancestor Project" upon some deep reflection about their unauthorized use of Sabina's name, which they realized was also a form of appropriation and co-option.

"Many of the traditions I learned from when you want to venerate, you name," James said, adding that they also wanted to have a name reflective of The Ancestor Project's encompassment of many different sacred earth medicinal traditions. "And so we were like, 'By naming it, this will be able to remind the psychedelic space of where these medicines truly come from, and the traditions that we need to be respecting as we move forward in this space.' But we made a little error. And we want to always be an example for the folks that interact with us."

But as Wright went on to say, it's all about moving forward and continuing to evolve as a whole. And that also means still continuing their educational work and making this knowledge available for BIPOC through monthly classes, integration circles and their Mutual Ceremony Fund, which helps off-set the cost of these costly ceremonies.

"These medicines are not about seeing your own story as part of the equation, but it's also about supporting the healing for the rest of us. All of us," Wright said. "If you don't have both of those together, then what you can do is you will cause more harm and abuse. They're not a commodity, they're actually entities that you can build a relationship with, and they'll support you and the rest of us with gentleness and respect. Love yourself radically, deeply and then love the rest of us."

Starting June 8th, The Ancestor Project will be hosting a virtual three-part series with educator Darron Le Baron, who'll share his knowledge on how psychedelics have been historically used on the African continent and how they continue to help modern-day societies. Click here to register.

Photo courtesy of The Ancestor Project