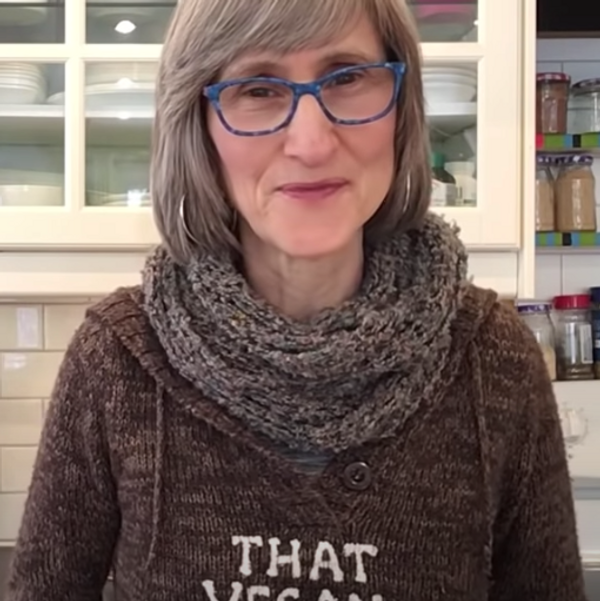 Kadie Karen Diekmeyer, a.k.a. "That Vegan Teacher," appears to have been banned from TikTok.

According to screenshots captured on Monday evening, Diekmeyer's page — which previously had over 1.7 million followers — no longer appears on the platform. Instead, viewers are now met with a message stating that her account was banned for violating "multiple community guidelines."

While it's unclear what exactly caused the ban, Diekmeyer's long been a polarizing figure on the platform for her controversial posts. Recently though, a Change.org petition calling for her removal from TikTok garnered over 20,000 signatures by arguing that she forcefully shamed people into adopting veganism, despite the diet not always being "the best option medically or financially" for some.

"She has made blatantly racist, bigoted, discriminatory statements against anyone who doesn't view veganism her way and her way alone," the petition read. "She has promoted multiple films that are dangerous to children given TikToks 13 yr old age requirement and many children under that age access it on a daily basis. These videos show violent depictions of animal slaughter in graphic detail."

BREAKING NEWS THAT WILL MOST DEFINITELY CHANGE YOUR LIFE: That Vegan Teacher banned from TikTok. According to disclaimer on TikTok, she was banned due to multiple Community Guidelines violations. pic.twitter.com/1Y0hDX1ZKG

The petition then went on to list several examples of her pressuring people to adopt a vegan lifestyle, including statements directed toward minors, members of the LGBTQIA+ community, Black people, religious practitioners, and people with disabilities.

In response to the ban, Diekmeyer took to her YouTube to post a video titled "Censorship: Why Good People Must Rise Up And Speak Out."

"Many of you woke up this morning and found out that my account was banned on TikTok, and I know many of you are jumping for joy and thinking that this is a great victory," she said. Diekmeyer also claimed she never "forced" anyone to be vegan and alleged that she's been harassed by people at her home.

She added, "Somehow, it makes you smile to know that an animal rights activist is being silenced."