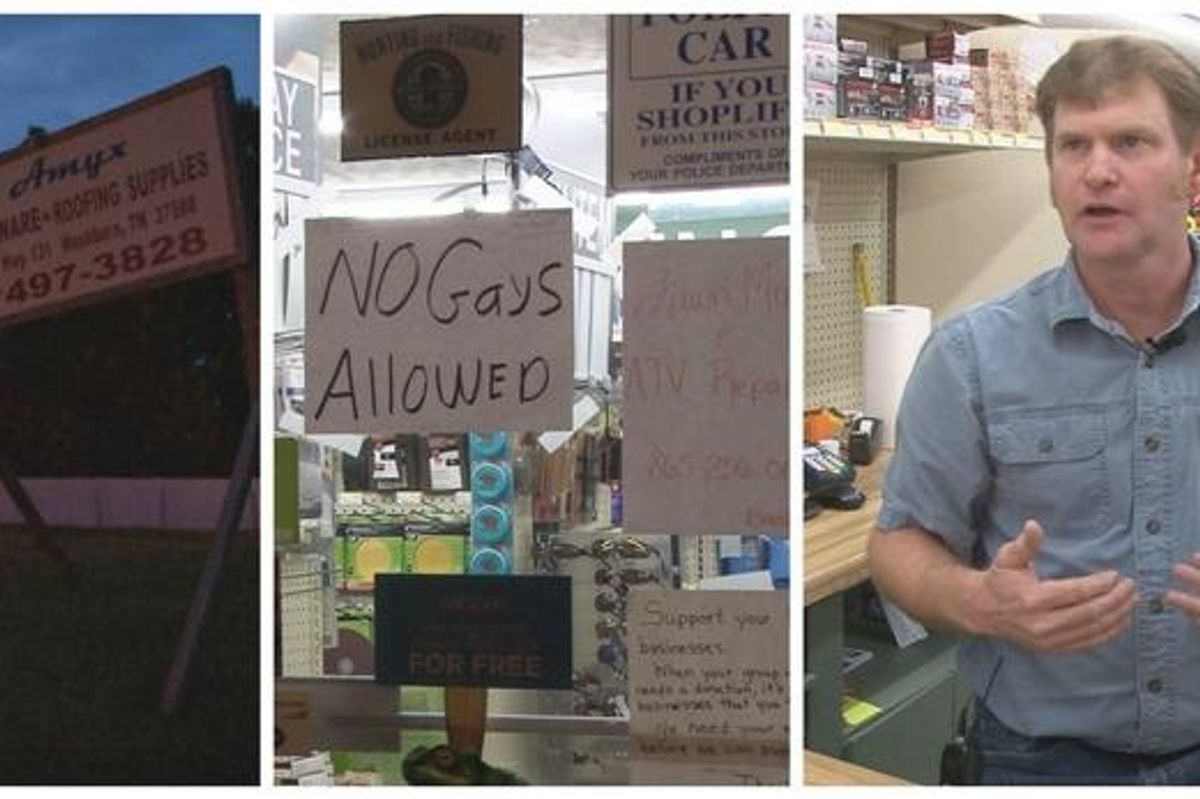 Following the Supreme Court's ruling in favor of a baker refusing to make wedding cakes for gay couples, an East Tennessee hardware store owner has decided to express his beliefs by putting up a sign reading "No Gays Allowed."

The owner, Jeff Amyx, is both the owner of the hardware and roofing supplies store and a baptist minister who says love between queer people is against his religion.

Amyx told WBIR he was, ironically, inspired by LGBT people's willingness to stand up for what they believe in, deciding that as a Christian, he should do the same.

"They gladly stand for what they believe in, why can't I? They believe their way is right, I believe it's wrong. But yet I'm going to take more persecution than them because I'm standing for what I believe in," Amyx said.

On Tuesday, Amyx removed the "No Gays allowed" sign and replaced it with a sign that says: "We reserve the right to refuse service to anyone who would violate our rights of freedom of speech & freedom of religion."

Luckily, Amazon Prime's free two day shipping means 'the gays' of East Tennesse can easily acquire hardware and roofing supplies without involving Amyx and his dusty store at all.