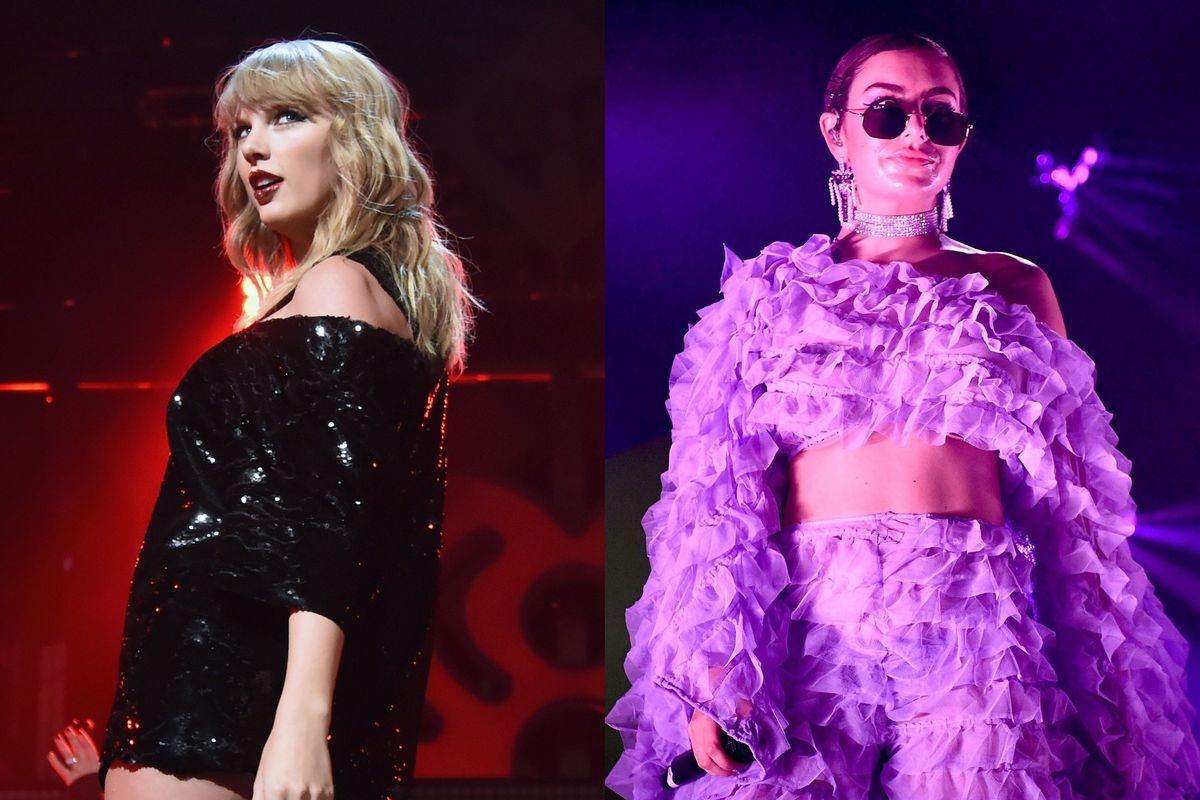 Taylor Swift, Charli XCX, and Camila Cabello: The Feminism Behind Their 'Reputation' Tour

Taylor Swift, who put one of Charli XCX's songs on a breakup playlist for a fan on Tumblr in 2015, has now invited the pop star to join her Reputation Stadium Tour. Camila Cabello is on board too, and it's bound to be a fiercely femme party you won't want to miss.

This lineup in particular is a huge middle finger to the aggressive stan culture and online misogyny in 2018 that thrives on women in music being pitted against each other. This toxic culture is why millions re-share GIFs of Beyoncé throwing shade or fuel the flames of minor fights between women that grow into viral fixations. Everyone seems to prefer a battle in some idealized cyber-boxing ring rather than a selfie of them all in the studio together. Taylor's Reputation Tour could be that selfie.

Society today often takes pleasure in negating the experiences of women — to say they are "playing the victim" or "they want attention." So what actually happens when women are victimized? Mainstream media is obsessed with reducing Taylor, in particular, to a victim. (In 2017, Buzzfeed published an article titled "How Taylor Swift Played The Victim For A Decade And Made Her Entire Career.") Why is Taylor, like any other woman her age, not allowed to explore her victimizations through her work? Her experience is similar to the smear campaign Fiona Apple confronted after she released Tidal in 1996, when she was labeled a loose cannon for addressing her rape and emotional victimizations on the album. Raw music doesn't -- and shouldn't -- equate to attention-seeking, and yet the Taylors and Fionas of music are constantly cornered into this narrative.

For the first time on Reputation, Taylor got hardcore and addressed dark themes in human nature through shadow pop, presenting snapshot moments of her life as a complex woman and taking accountability for her own behavior. It was an honest place some of her mainstream peers have yet to go to. The cover of Reputation specifically addresses that no matter what we do, we will always exist as a split: how people talk about us and who we believe we are. We are the ones who ultimately get to decide to blur those lines, as Taylor so famously has throughout her career.

Charli and Camila have reputations of their own, and have both experienced mainstream media selling a reductive perception of them to the public. In the wake of abandoning Fifth Harmony, many people online have latched onto the narrative that demonizes Camila, while Charli's myriad talents are oft reduced to being a party girl or too experimental for mainstream pop (Number 1 Angel, Pop 2). Taylor taking Charli on tour is an opportunity to bring her unruly queer pop world to a new, more conservative audience. She can educate, excite and confuse.

Meanwhile, Camila carries the weight of constantly proving to the public that she's justified in leaving Fifth Harmony. When Justin Timberlake embarked on a solo career after *NSYNC in 2002, he wasn't faced with the same amount of criticism as Camila — but, of course, Timberlake doesn't experience misogyny like Camila. The flawless cohesion and minimalistic songwriting on her debut album Camila shouldn't be ignored — it should be celebrated. She also has a gorgeous Grant Singer-directed video for "Never Be The Same" that blurs between an early '90s glamour shoot and something more personal. It's an exciting preview to the art Camila will make throughout her career.

The power of this trio's music relies on their ability to make themselves vulnerable and explore walls down, melancholy themes through music — to be sad-girls in a way that's empowering and ultimately invites listeners in. Women in pop, like Taylor, Charli and Camila, should be viewed as powerful when they are displaying such high levels of emotion through their art.

Camilla's "I Have Questions" embodies the psychology and pain of a young person discovering all the stages of heartbreak for the first time. Charli has been asking the world to feel her emotions since she was a teenager on her new-wave debut album True Romance. Taylor has made a career displaying the intelligent kaleidoscope of emotions in the human experience. She's famously wrestled with the adolescent desperation that the love you give away will come back to you tenfold ("Mine," "Love Story," and "You Belong With Me.")

With this collective discography and tumultuous reputation, these three women touring together is in many ways provocation — a loud, visible statement for modern feminism. This is them saying they've disregarded any public opinion about one another. This is them standing together as a group during Taylor's widely criticized Reputation era. It's time we recognize powerful women in pop like Taylor, Charli and Camila for what they are, and not the twisted personas we create for them. Besides, if Charli's excited, we're excited.