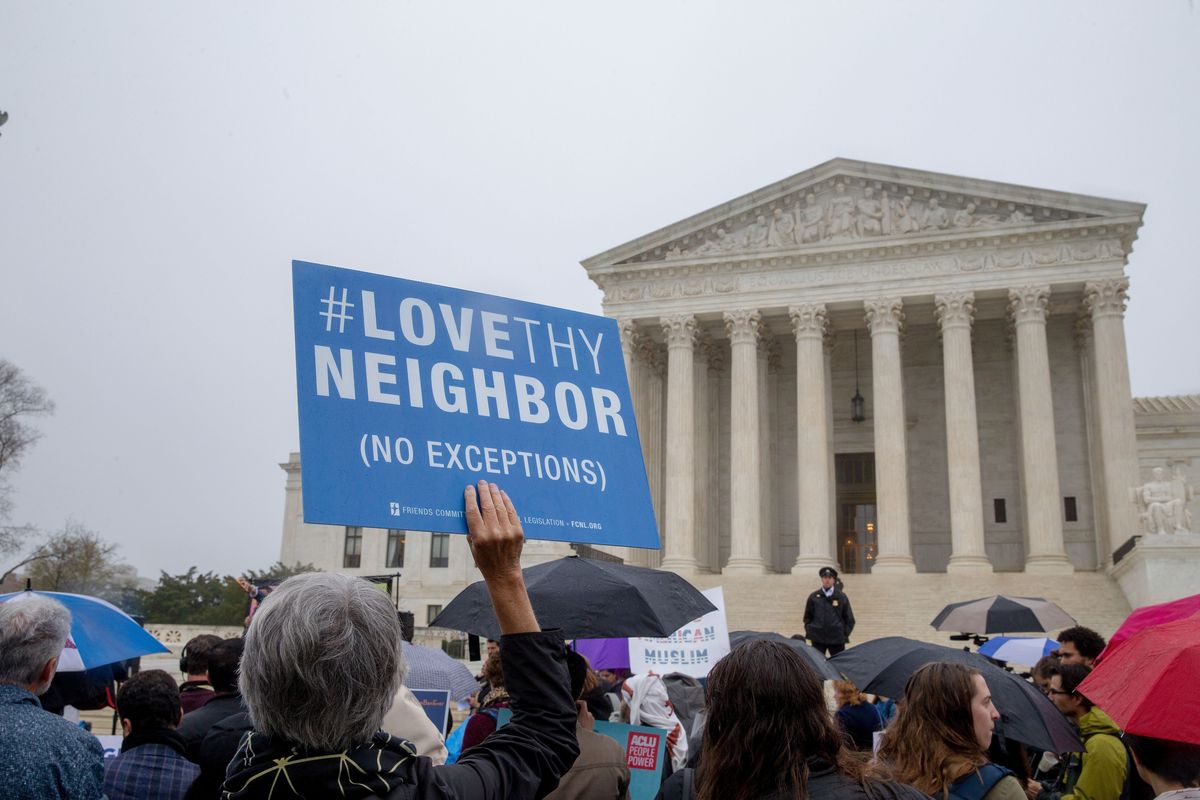 In a 5-4 ruling along party lines, the Supreme Court has upheld Donald Trump's travel ban against seven countries as a legitimate use of executive power.

The directive, known colloquially as the Muslim ban, was issued by Trump in September to widespread protests around the country. Fifteen states, including Hawaii and California, challenged the ban in court, and immigration rights groups also made their own cases against it. Trump vowed to ban Muslims during the 2016 election and continued his attacks on Twitter, but the Supreme Court ruled that neither these actions nor the ban constituted religious discrimination.

The ruling sends a strong message regarding the scope of the president's power to make decisions affecting immigration in regards to national security.

Writing for the conservative majority, Chief Justice John Roberts argued that we should look past Trump's statements attacking Muslims and to the power of the executive branch as a whole, stating, "Plaintiffs argue that this President's words strike at fundamental standards of respect and tolerance, in violation of our constitutional tradition. But the issue before us is not whether to denounce the statements. It is instead the significance of those statements in reviewing a Presidential directive, neutral on its face, addressing a matter within the core of executive responsibility. In doing so, we must consider not only the statements of a particular President, but also the authority of the Presidency itself."

In a blistering dissent, Justice Sonia Sotomayor argued the exact opposite, stating that ignoring Trump's comments amounts to telling "members of minority religions in our country 'that they are outsiders, not full members of the political community.'" She also compared the opinion to the court's 1944 ruling that allowed for the internment of Japanese-American citizens during World War II.