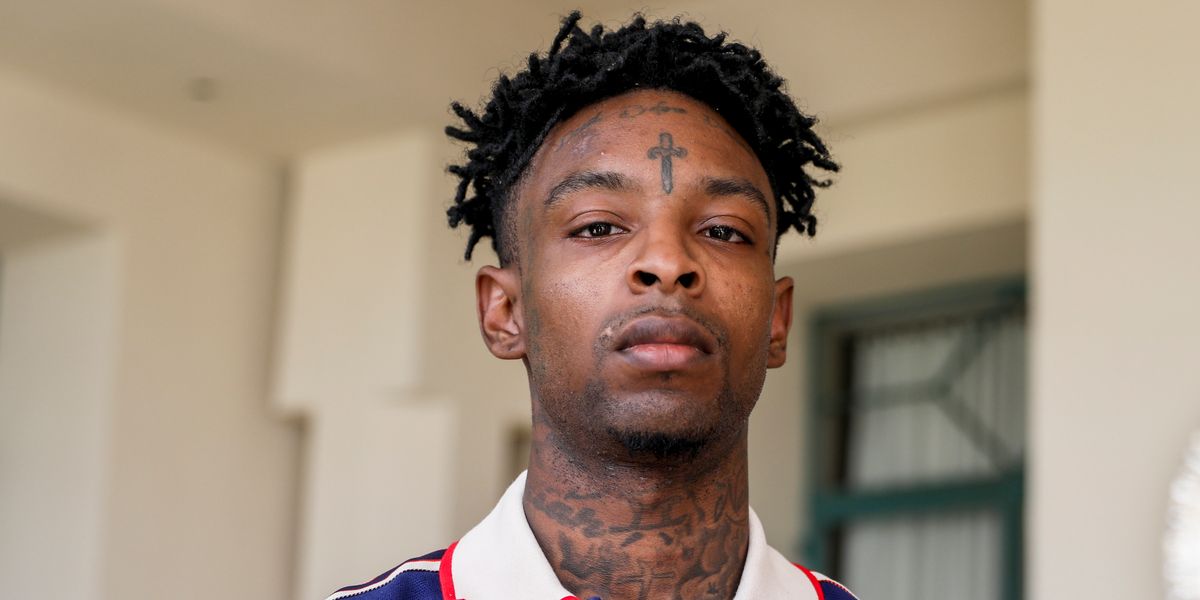 Use 21 Savage’s Arrest to Radicalize, Not Make Fun

On Sunday, 21 Savage — aka Sha Yaa Bin Abraham-Joseph — was reportedly arrested by ICE agents in Atlanta. But why? Born in the U.K., Savage has lived in the U.S. since he was 13 years old. And though his visa allegedly expired in 2006, paperwork aside, he's effectively spent a large portion of his formative years in America — living and acting as an American. Unfortunately, the fact that he's lived here since he was a minor isn't garnering him any sympathy from the U.S. government, as TMZ reports he is currently in ICE custody and has "been placed into removal proceedings before the federal immigration courts."

Naturally, news of his arrest soon became a trending topic and, as such, kicked off a slew of video edits and memes making light of his case. And while overlaying Skepta tracks onto videos of Savage rapping is amusing to an extent, his arrest also has the potential to get hip-hop talking about the problematics of the current immigration debate. Unfortunately though, that seems to be getting lost amidst all the jokes.

Not only is this a real person's life we're talking about, but even amidst the memes, we shouldn't be losing sight of the larger issue at hand — ICE's mission to actively harm immigrant communities, mainly of color. Especially in times like these. However, rather than a galvanized conversation amongst his fans about the grave human rights violations committed by the agency or how anti-immigrant rhetoric has always been a racialized, fear-mongering tool for politicians — especially if we examine the way the agency has continued to smear him — we're keep getting jokes about the Queen. Not only is it a missed opportunity, but more importantly, it's a callous minimization of Savage's situation.

After all, it's no secret that ICE has consistently proven itself to be an agency that regularly abuses its power and violates human and civil rights. So, if anything, we should be using Savage's case to activate further support for the #AbolishICE movement and revisit the conversation surrounding the numerous atrocities being committed in the name of U.S. government. Not only that, but underlying many of the memes is an authenticity debate, as Savage notoriously reps himself as an Atlanta rapper — and it's started to supersede the main issue at hand. As Twitter user @Clarknova1 put it, "Don't do ICE's work for them and turn this story into 21 being some kind of 'phony' or whatever. He shouldn't have been deported and that's what matters."

This is a case with implications that reverberate far beyond Savage himself, and we now have an opportunity to speak out on the way ICE is creating a climate of fear amongst predominantly POC communities. And when you take into consideration that Savage has effectively grown up as an American and has made significant contributions to his community in Atlanta, it's a shame to see him being treated in such a fashion and his arrest being fodder for memes rather than mobilization. So if you do share a meme, make sure you also read up on what's happening and look into helping get Savage back home. It's the right thing to do, especially if you were one of millions of people who streamed his album.