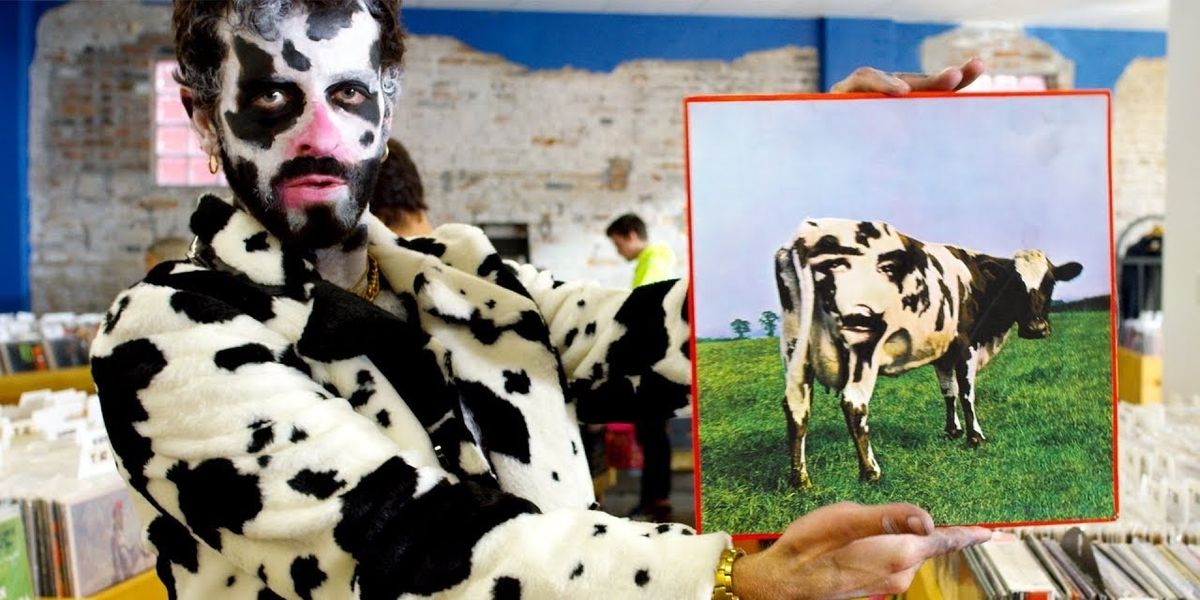 Pop project-cum-wildly successful punk experiment, SSION, is all that we've been waiting for to revolutionize show business. Cody Critcheloe, the man behind the SSION and an insanely talented master-of-all trades (he sings, paints and directs), has refused to play by the rules since he began, manufacturing full-fledged, DIY music-visual experiences. SSION has garnered a cult following, both as an artist and music video director, and now counts pop icons Robyn and Kylie Minogue among his fans.

Next year will mark 10 years since SSION's inception, and to celebrate he's released a new song appropriately titled "Comeback." There was a time where SSION felt he would leave music behind altogether in favor of a career in video after his visual style became highly sought-after by some of the biggest names in the business. Now, like many of us, SSION says he flip-flops between his desire for industry validation and self-imposed obligation to stick it to the system. Whichever route he chooses, there's no doubt that SSION is bound for success.

We caught up with SSION to talk about the making of "Comeback," out now.

As someone who has completely subverted the traditional route of music stardom, what are your thoughts on the current state of pop?

I always feel the same way about the current pop landscape: excited by it, but also frustrated — wanting to be included, but also wanting to to fuck it up. I think that constant friction is why I love making stuff. That space is where the spirit of SSION comes from, and the music and videos I create explain way this more articulately than I could ever. Sometimes the urge to play in that pop sphere is more intense, like right now, and other times I just wanna play frisbee. I guess no matter what, I'm always reacting. It's kind of a bad habit really... like, if everyone hates something, I inevitably want to love it or vice versa. I've had to really tame that side of myself without completely dismissing the urge because in a way, that's the fuel. I can't really say what we need more or less of... people with bigger noses? More of that! More people with bad teeth, more aliens, less songs about haters, more love and laughs and crying, less skin care products, less obsession with identity. More obsession with making cool stuff. I'm really sick of things that are flat. More nuances, more details and less flat stuff.

You've had a whole host of stars reach out to you for videos. How do those connections happen?

Almost all of those connections happened in a natural way. Often they like the videos I've made for SSION and want something similar, or a few times I've reached out to an artist because I'm a fan and want to do something with them. A lot of those collaborations have been great because I'm working with someone I respect and they give me a lot of freedom and time — time to make a great video is the ultimate freedom. Time is so expensive, almost as expensive as a stylist [Laughs].

Can you recall a time you really failed given one of those opportunities?

Sort of, but it's fragmented. Basically there are moments when you are failing throughout and it becomes about making those failures work in some way. It always goes back to time — time to plan, think and understand why you are doing something. Trying to work that out after the shoot is difficult. I'm attracted to the baroque — layers and layers. So, it's a lot to wrangle and it needs to be wrangled before you go into some "big" production.

How does your creative process for SSION differ from your approach to directing?

It's basically the same. I feel like when I make an album, I'm directing it — directing the production, the collaborators and features, the way it sounds and looks. I guess with video, I put a narrative together alone and then with a group of collaborators we make it come alive. With songwriting it can be similar — just me and a guitar — but most of the time it's me and another person trying to find chords that inspire lyrics or a hook. It's all very witchy, but I think songwriting is the witchiest. That's why it's at the top of the mountain, just waiting to roll down if you want it — If you really need it.

But you did take a break from SSION to focus on video — what pulled you back in?

There were a couple of years where I thought I wouldn't do music again, which is funny to me now. I think in some way I wanted to "grow up" and be taken seriously, whatever that means, and I thought being a director was a serious thing to do. I also got tired of looking at my face and hearing my voice and I just felt like I didn't know what to say or how to say it — it all felt defeating. I never quit making music or writing songs, I just felt less urgency to put it out into the world. I think in the back of my head I knew it would eventually come back. Right now I can't think of doing anything else. All I wanna do is SSION 24/7. It feels electric again.

Do you have a really definitive concept as to what you hope SSION's legacy will become?

Oh damn, I don't know. That is such a difficult question because I hate thinking about that kind of thing. The truth is, I don't have much control over it. It's like how people write about everything in such a flat way — like when I had a mustache, people compared me to Freddie Mercury when I was actually way more of a Frank Zappa/Liza Minelli lovechild. There are still so many things I want to do that I feel like talking about a legacy is just a big no. That being said, I can't wait to win a Grammy, cry hysterically and thank God and all that stuff.