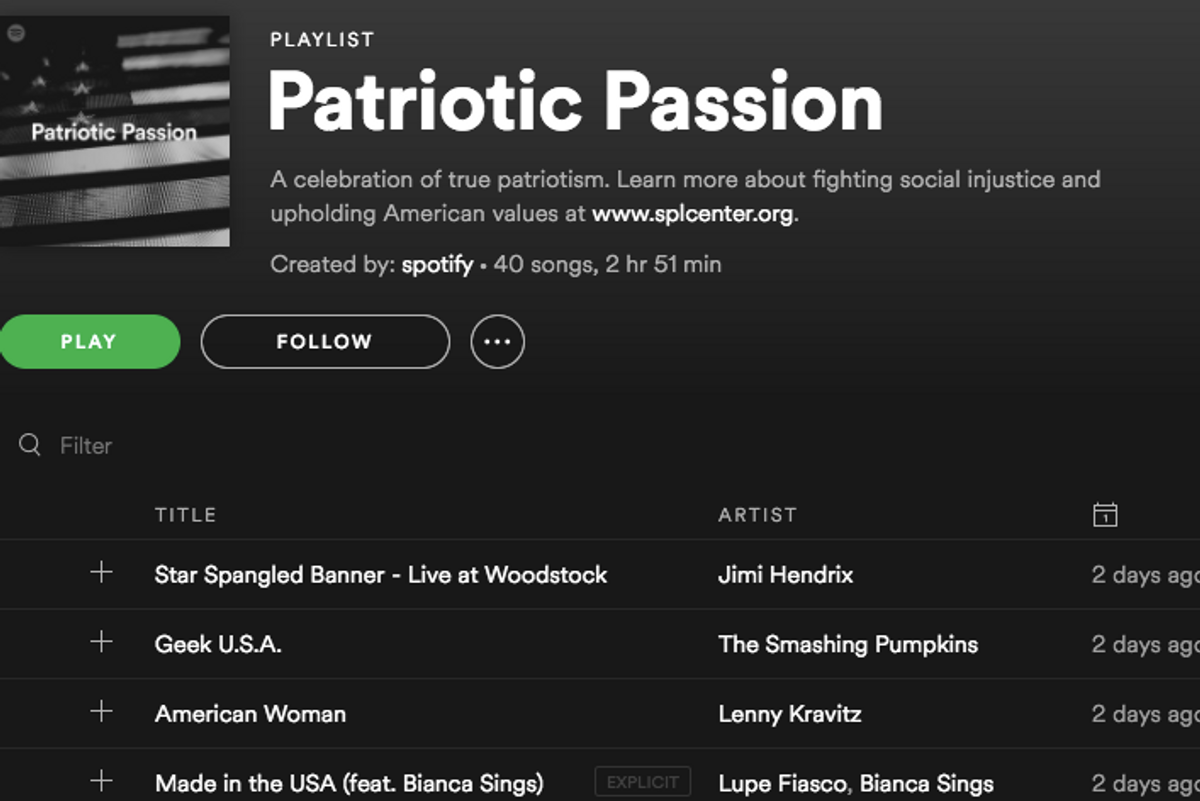 In the wake of Charlottesville and the country's renewed awareness of its racist undercurrents, Spotify has decided to pull "hate bands" from its streaming platform. Music that promotes a white supremacist or neo-Nazi agenda will no longer be available on the streaming giant, which is also working on a way to block racist music from being recommended in advance.

"Illegal content or material that favors hatred or incites violence against race, religion, sexuality or the like is not tolerated by us," a Spotify spokesperson said in a statement to Billboard. "Spotify takes immediate action to remove any such material as soon as it has been brought to our attention. We are glad to have been alerted to this content – and have already removed many of the bands identified today, whilst urgently reviewing the remainder."

Spotify's decision to pull the music came a day after Digital Music News posted a list of 27 white supremacist 'hate bands' on Spotify. The platform was called out in 2014 by the Southern Poverty Law Center, though, when they first published a report, "Music, Money and Hate," which listed where racist music was available online. At the time, Apple immediately pulled the groups from its streaming services, but the SPLC criticized Spotify and Amazon for dragging their feet.

"It's a soundtrack to an America worth fighting for," the spokeswoman said in a separate statement.