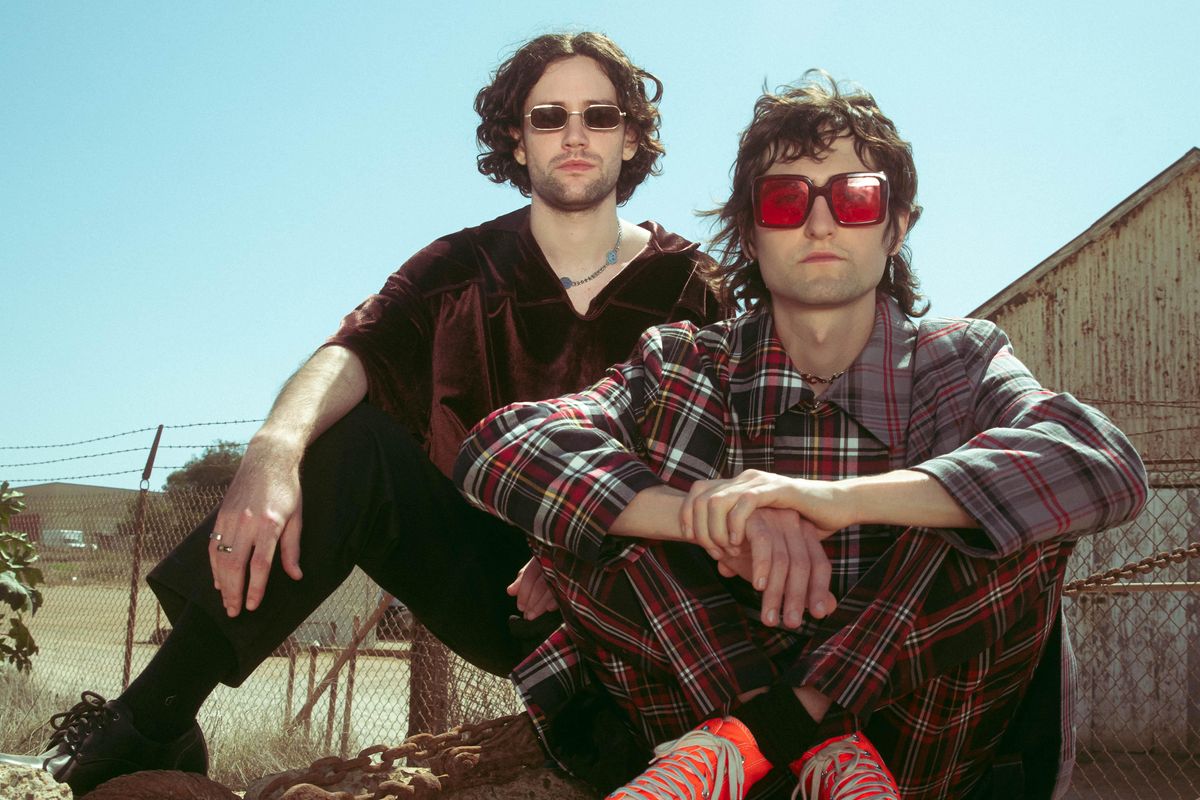 Dream-Pop Duo Sports Has 'The Look'

"The Look" is a difficult thing to obtain. It can't be purchased, studied or stolen. If you don't already have it, you'll likely never find it.

Moira Rose from Schitt's Creek has "The Look." Pleakley of Lilo & Stitch fame certainly has it, as well. As Told by Ginger's resident mean girls Courtney and Miranda, Rickie Vasquez from My So-Called Life and Jay Alexander have all secured spots in the long, competitive history of achieving "Looks."

Now, dream-pop duo Sports (Cale Chronister, Christian Theriot) is joining the ranks with their latest release, aptly titled "The Look," lifted off a forthcoming album, Get a Good Look Pt. 1, due out February 12.

The chorus, Cale tells PAPER, was inspired by a comment a stranger made to him while he was out eating. "He interrupted me and asked who my agent was, assuming that I was a model," he says. "And then wanted to help represent me. I just kind of laughed because it seemed like such an LA cliché. But he was serious and told me, 'You've got the look of the moment.'"

The track, which follows album singles "Tell You Something," "Baby Baby" and "Never Know," stays true to the band's nostalgic, synth-driven sound. "Don't you know you got the look?" they ask on the disco-inflected chorus. "You're higher, on top of the world."

Full on and validating, Christian adds that he's most excited to play this song live. "It has the energy, the groove and the message that I think everyone can connect with," he says. "Who doesn't want to be told they've got 'The Look'?"

The verses of "The Look" were written to unfold like moments before going on stage: Nerves, drink tickets, cheers. Cale recalls a story his dad told him about "someone on LSD he saw jump out of a window because he thought he could fly," describing his verses as "the green rooms, the unhealthy habits, the anxiety." The chorus, then, is "the stage" or "the drug" — a moment of climax and excitement.

Watch the PAPER premiere of Sports' video for "The Look" and stream it, below.