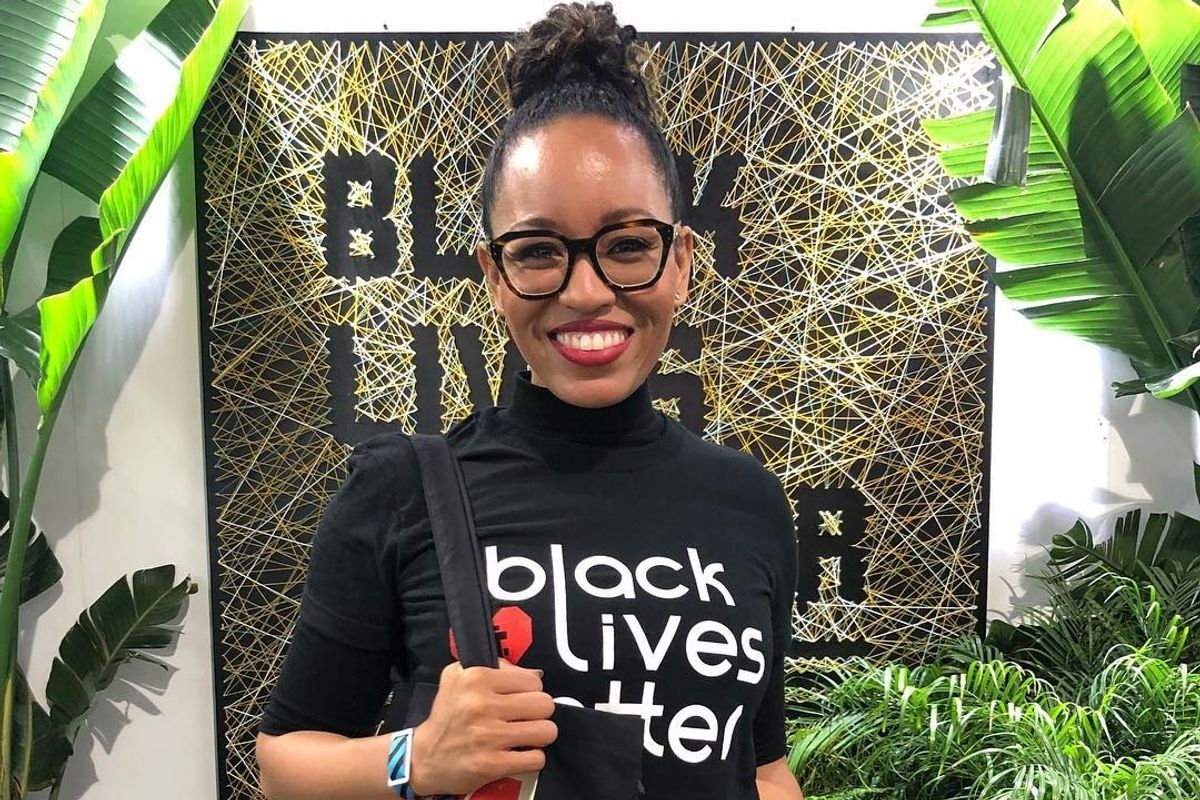 The official Black Lives Matter e-store is now open for business, and 100 percent of proceeds from sales of exclusive art prints, tote bags, mugs, t-shirts, and stickers will help fund the global movement against racial injustice.

Both emerging and established African American artists, including former Black Panther Minister for Culture Emory Douglas and contemporary multi-media artist Damon Davis, were commissioned by BLM to design items for the new arts and culture store, which launched over the weekend at LA's ComplexCon.

"I curated this group of artists because their work is critical to transforming the way we relate to the world and to ourselves," BLM leader Patrisse Cullors told The Hollywood Reporter.

Cullors founded BLM alongside fellow activists Alicia Garza and Opal Tometiin in the wake of George Zimmerman's acquittal in the shooting death of Trayvon Martin in 2013. Since then, it has grown as an international movement against police brutality, racial profiling, and mass incarceration.

Our pick of the merch released so far? This limited edition signed print by Douglas — also available in tote bag version.