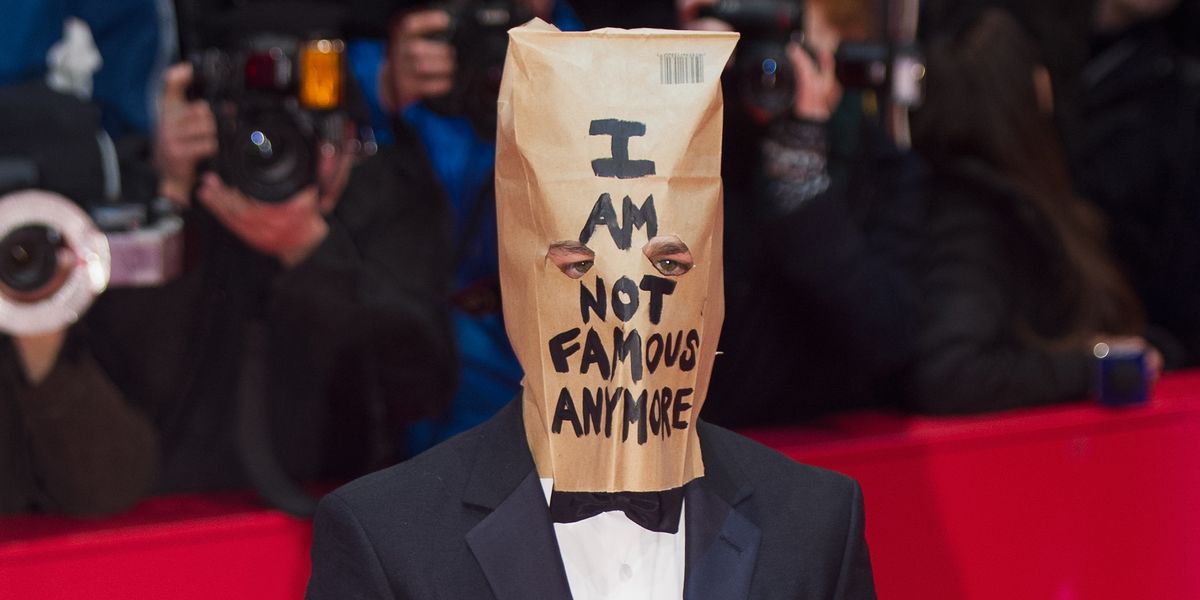 The post-adolescent fate of America's tween Disney stars is always unpredictable and truly thrilling to observe as a ~cultural critic~ fueled almost entirely by an obsessive need for celebrity gossip. Zendaya is a true queen, Miley Cyrus had a closely documented "rebellious phase," and either Zach or Cody became America's youngest Master Brewer, a title that sounds just boring enough to lead to a stable adulthood.

Shia LaBeouf's post-Disney trajectory has been... strange to say the least. He has acted in classic movies like Holes and Disturbia, and more recently, has orchestrated numerous art projects, including filming himself watching all of his own movies back to back and claiming he is no longer famous on a red carpet. Most disturbingly, he was also recorded spewing racially-charged attacks at a black police officer, remarks he has since said were, "mortifying. White privilege and desperation and disaster."

Now, in a move that is a predictable blend of self-indulgent and bizarre, he is acting as his father in a movie based loosely on his own life. The film, which is called Honey Boy, gets its name from LeBeouf's childhood nickname. It will be directed by Alma Har'el, who directed Bombay Beach and numerous music videos for artists like Sigur Ros and Beirut. Lucas Hedges (of Ladybird and Three Billboards Outside Ebbing, Missouri) will play a young LeBeouf, even though he is only 10 years younger than the ex Disney star. Hedges' character will be a child star who is trying to fix his relationship with his father, Variety reports.

LeBeouf's most recent film was Borg vs McEnroe, which premieres on April 13. His next upcoming film is Peanut Butter Falcon.