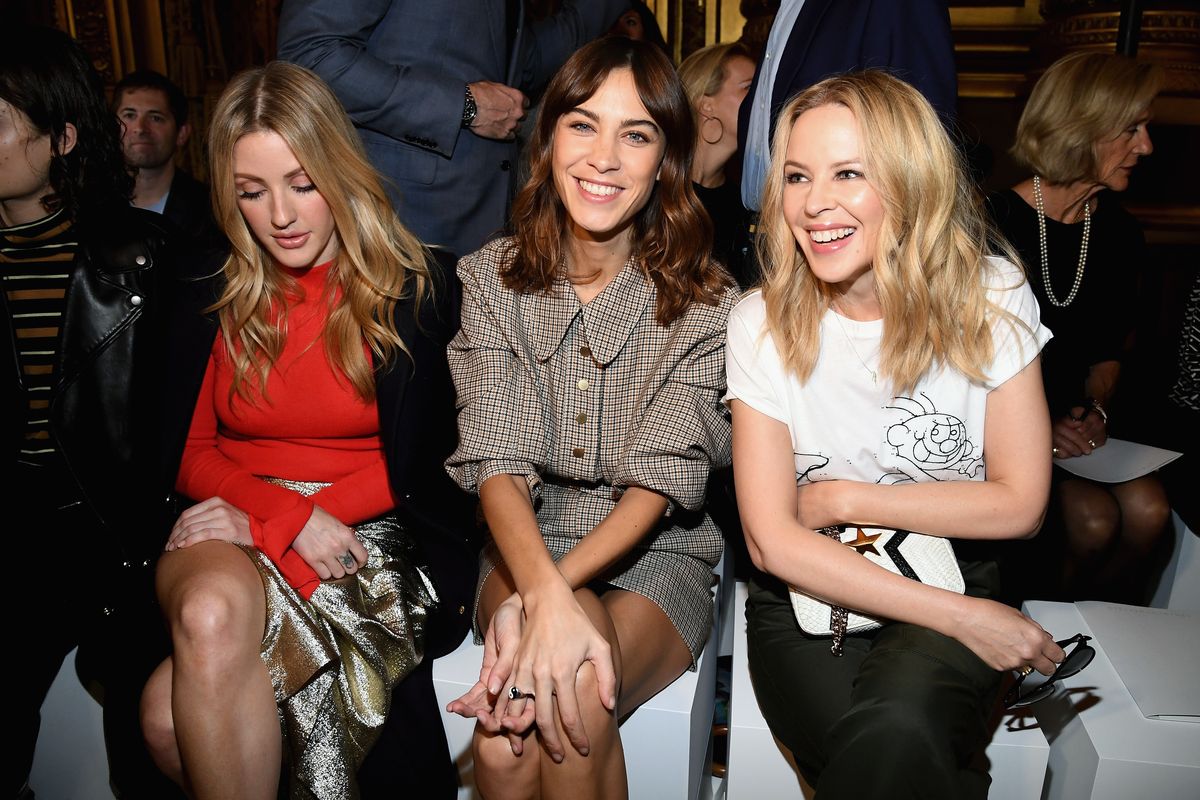 The penultimate day of Paris Fashion Week was also about the queens... and Jerry Seinfeld. Yes, the comedian showed up to the Stella McCartney show alongside his wife Jessica, earning him the distinction of being the most random guest of Fashion Month. Why not, I guess? In other attendance news, Ellie Goulding, HAIM, and goddess Kylie Minogue also graced Stella McCartney's show, while Salma Hayek continued living her best life and showed up to McCartney, Giambattista Valli, and Alexander McQueen, in three different stunning looks all fit for a queen. Flip through the best front row photos from today below.