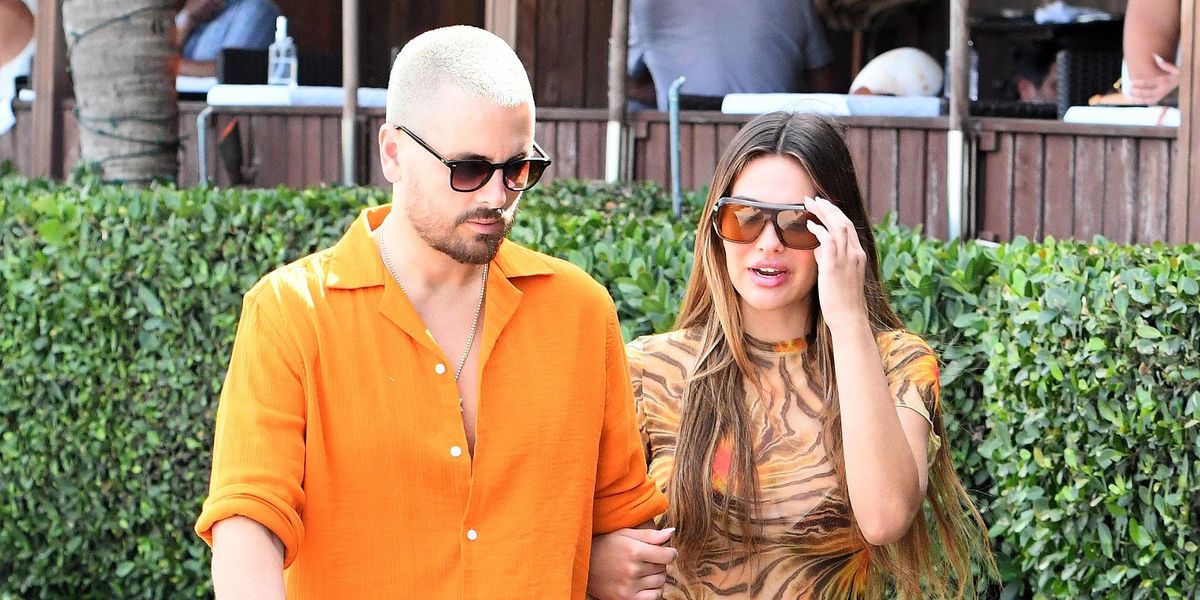 Have Scott Disick and Amelia Hamlin Called It Quits?

Scott Disick and Amelia Hamlin have reportedly called it quits after less than a year together.

Page Six reports that the 20-year-old model ended things with the 38-year-old reality star. This comes just a week after some private messages were made public involving Disick and his ex, Kourtney Kardashian.

In the messages, Disick told Younes Bendjima how annoyed he was by Kardashian and her new boyfriend Travis Barker's public makeout sessions captured by the paparazzi. "Yo is this chick ok!???? Broooo like what is. In the middle of Italy," he wrote.

Bendjima responded curtly, writing "Doesn't matter to me as long as she's happy. PS: i ain't your bro." Bendjima also added over the photo, "Keep the same energy you had about me publicly, privately."

Soon after the messages went live, reports started emerging that Disick and Hamlin had hit a rocky patch, with a source telling People that "everything seemed fine last weekend and then all of a sudden, they seem to be having issues." They claimed, "It's partly because of the Kourtney drama, but also just 'Scott being Scott."

Meanwhile, another nameless source revealed to US Weekly that the "breakup was coming regardless" and that it "wasn't related to the messages Scott sent about Kourtney.

Hamlin also posted a picture of a friend wearing a shirt that read, "Don't you have a girlfriend?" seemingly referencing her annoyance with Disick's public statements.

Welp, grand opening, grand closing. The two announced their relationship on Instagram back on Valentine's Day. They were first linked to each other last October after attending a birthday party for Kendall Jenner.

Maybe now Lisa Rinna will get her dream setup with Harry Styles?