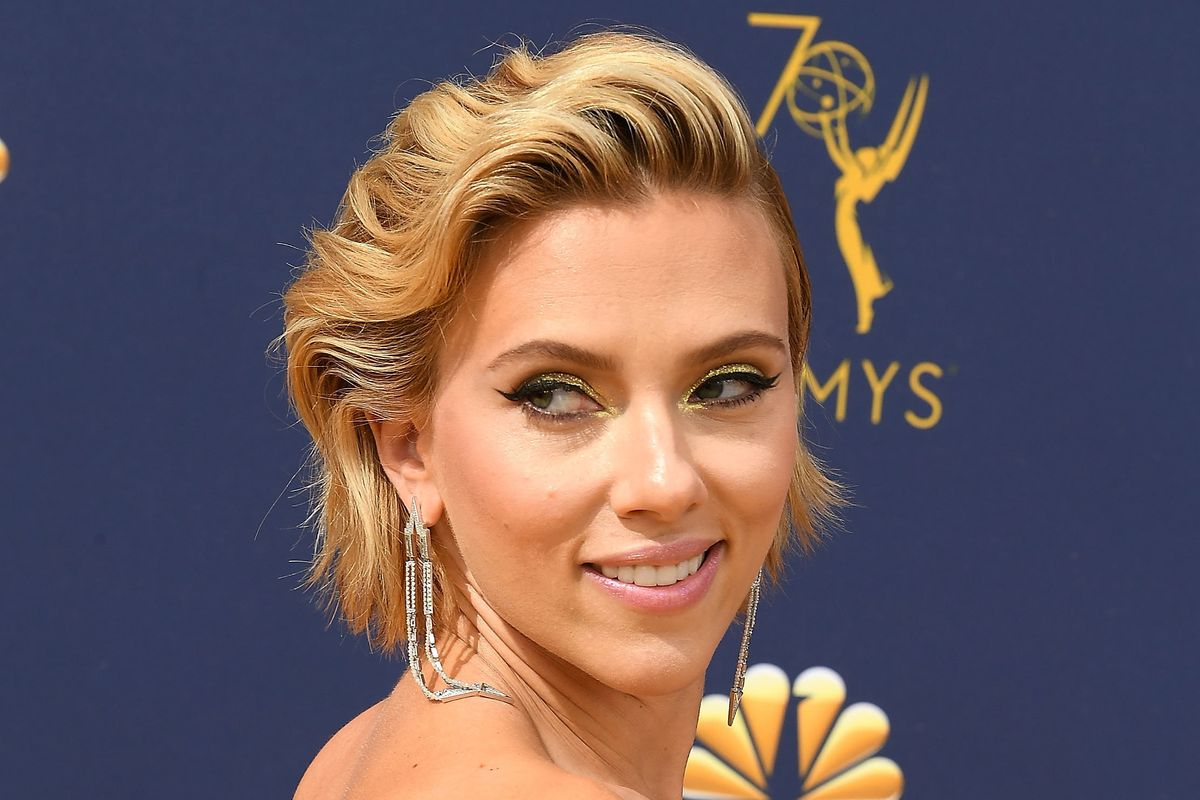 Scarlett Johansson Debuts Giant Back Tattoo at the Emmys

Scarlett Johansson showed off a new, permanent accessory at the 2018 Emmys red carpet—a large, black tattoo on her back. Two full roses and part of a third flower were visible, with the rest of the tattoo covered by her white, sequined, off-the-shoulder gown. The actress accompanied her boyfriend and Emmy co-host Colin Jost to the awards last night.

Though the tattoo had previously been seen and photographed last year on the set of The Avengers, this was the first time Johansson displayed her body art at a major event. This isn't Johansson's first tattoo—she also has a rising sun on her forearm, bracelete on her wrist, horseshoe and the words "Lucky You" on her ribcage and illustration of a lamb on her back under the (new) flowers.

There has been conversation surrounding A-list actors and giant, visible ink—like when the public first caught sight of Ben Affleck's monstrous, full-color back tattoo. The actor claimed it was temporary for a role in 2016, but when he was sighted at the beach in March 2018, still sporting the ash-rising Phoenix, the public confirmed (and brutally bashed) its permanence.

Angelina Jolie's famously inked back is another example, which features a 12-by-8-inch Bengal tiger, a Buddhist Pali incantation, and three large, intricate tattoos created by a monk in Thailand that "binds" her to her now-ex, Brad Pitt.

Hopefully ScarJo's tattoo is symbolic of something less fleeting than mere love.