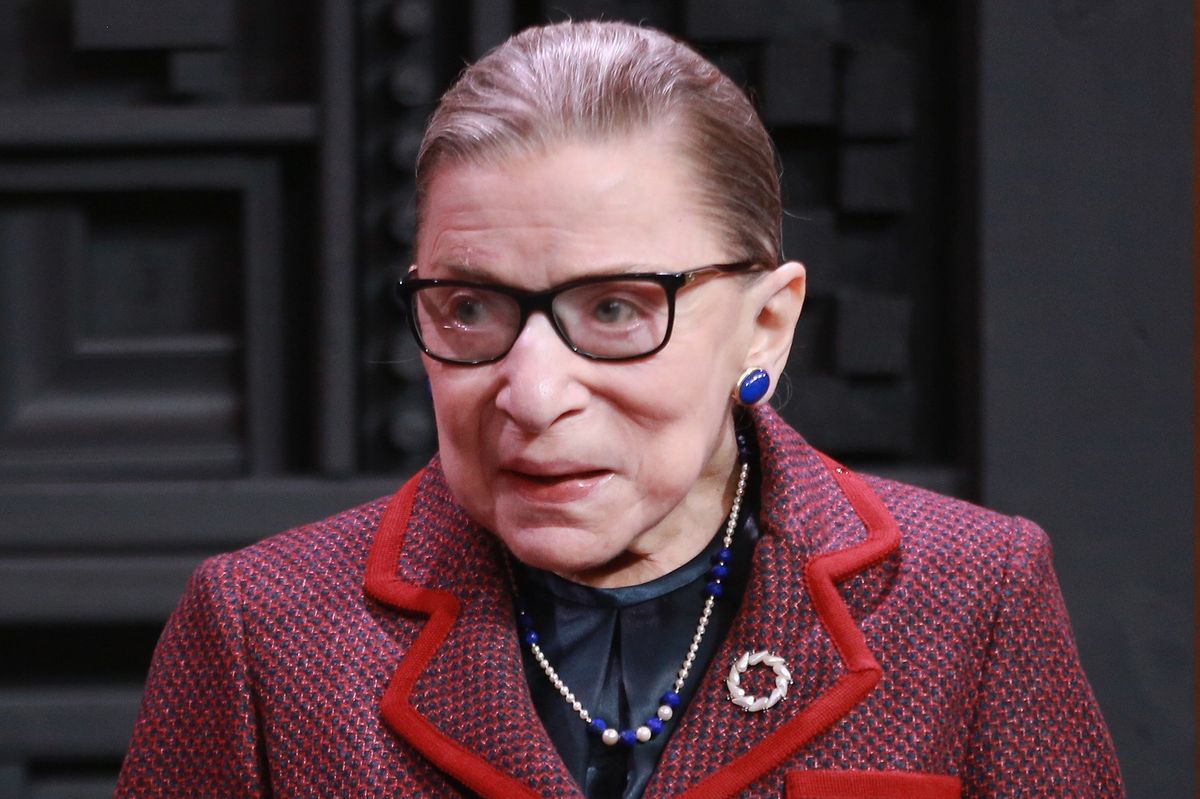 Supreme Court Justice and founder of the ACLU's Women's Rights Project Ruth Bader Ginsburg (Notorious RBG, if you prefer) shared her own sexual harassment story this weekend at the Sundance Film Festival. A documentary about her life, RBG, premiered at the film festival in Utah, and RBG herself was there to speak on a panel about the film and her lifelong fight for women's rights.

According to The Cut, Ginsburg said, "Every woman of my vintage knows what sexual harassment is, although we didn't have a name for it. The attitude to sexual harassment was simply, get past it. Boys will be boys." She went on to give a personal example from her early life: "I am taking a chemistry course at Cornell and my instructor said, because I was uncertain about my ability, he said 'I'll give you a practice exam.' So he gave me a practice exam. The next day, the test is the practice exam, and I knew exactly what he wanted in return."

Ginsburg was also vocal about her support of the #MeToo movement: "I think it is about time. For so long women were silent. In thinking there was nothing you could do about it. But now the law is on the side of women or men who encounter harassment and that's a good thing." She advised young women to continue to persevere; "the more women who are out there doing things, the more younger women will have the courage to go on."