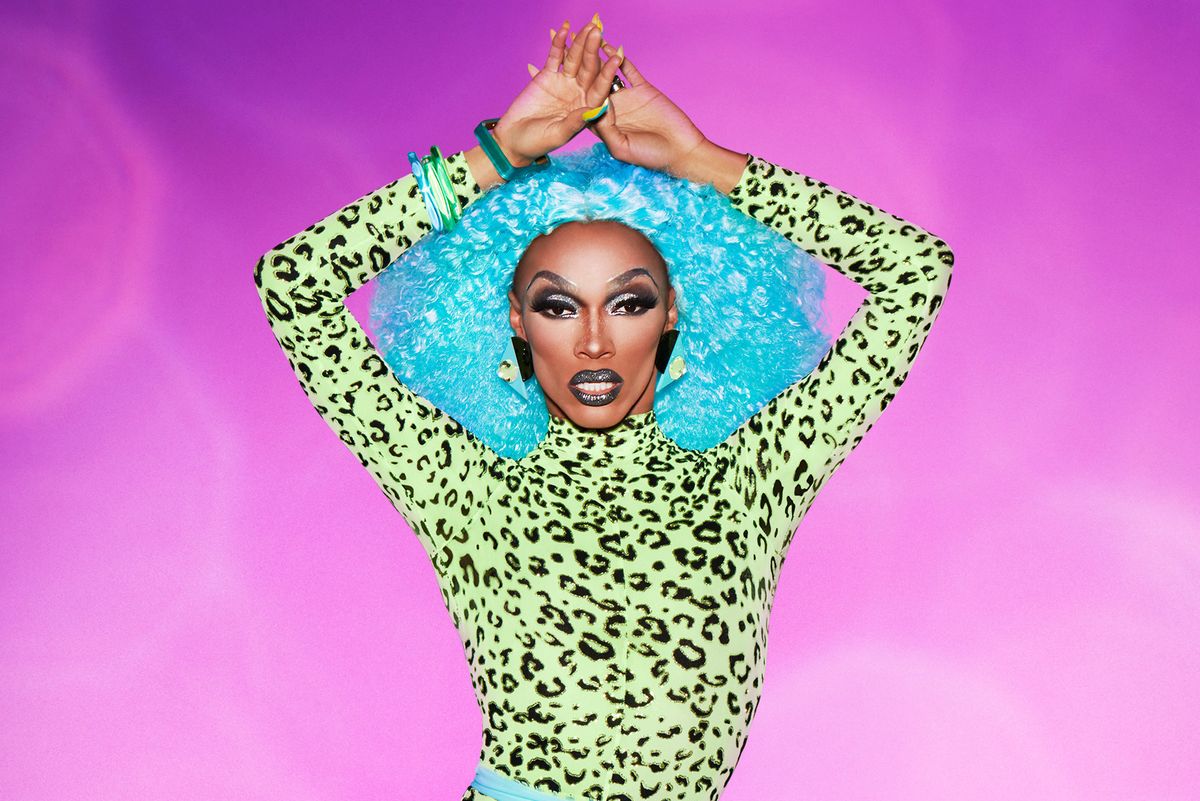 How do you do an Cher tribute with no actual Cher music? You have a bunch of drag queens sing along to karaoke tracks doing their best Dark Lady impressions. This week's Drag Race episode honored the ultimate queen of reinvention with an unauthorized Rusical, and each of the remaining queens embodied one of Cher's many eras. Kameron Michaels slayed as 60s Cher, Monet X Change gave a nod to the icon's Native American cultural appropriation during the 70s, The Vixen gave an unimpressive turn as Cher performing with the Jackson 5 and Asia O'Hara flopped hard as Moonstruck-era Cher.

Kameron Michaels was named the week's winner while Asia and The Vixen duked it out to Deee-Lite'a iconic 90s dance anthem "Groove Is in the Heart." The Vixen, who has already been in the bottom twice, was sent home, but there's no denying the fact that this hot-headed Chicago queen made her mark during her time on the show.

Your altercation with Aquaria early in the season led to a surprisingly open and honest dialogue about the optics of race on reality television, why is that conversation so important?

I really didn't expect that conversation to go over as well as it did, I was speaking to what I was experiencing in the moment and I was happy to see that in the confessionals Monet echoed my sentiment, and that it came from another perspective and that it showed that other people experienced this is well. And that's what kicked the conversation off, everyone saying, "Yeah, that is a thing." I was expecting to watch that Untucked and come out of it a little ashamed but I was very proud to see the way that it played out.

Before season 10 aired, there was already this conversation percolating about the way black queens are treated in the Drag Race fandom. Does Drag Race have a problem with race?

How can the Drag Race community be dismantling this almost institutional racism that exists?

Discussing it is the first thing, there's this unspoken thing of 'we don't bring up race' and it's toxic, because if you don't deal with these issues, they just get worse, like a wound. The steps to healing is to actually address it, and hopefully that ball will keep rolling now that I'm off the show, because if we don't deal with the issue it's just going to get worse.

You talked a lot on the show about your drag community in Chicago, how have they supported you through your time on the show?

Chicago is a great city and our drag scene is really good, and its very diverse. The thing about Chicago is it's a very segregated city in terms of neighborhood, so a lot of times the gay bars and the drag shows are in predominately white neighborhoods. So starting out as a black drag queen was very difficult because the system wasn't built for me, so I had to make my own way and get in where I fit in, but it has been very rewarding and I've been able to make a lot fo changes and bring some light in my drag community, so there's a respect for me that at home that was echoed when they saw me on the show and saw that I was true to myself. They knew that I was doing the work I did in Chicago on a larger scale.

You clashed with Aquaria early in the season but in last night's episode you talked about how you had come to appreciate her, where does your relationship stand now?

The great thing about Aquaria is, when i told her to leave me alone, she left me alone! Absence makes the heart grow fonder. Up until our argument we had done our makeup with each other every day, we came into the show with the intention of being friends and sometimes when people are too much alike it doesn't work out so well. But now especially when we see each other, because we are so alike in our personalities and our awkwardness and our social mannerisms, we appreciate each other because we recognize each other for what we are. That's what's great about an argument, you can come to a conclusion, and we came to an understanding about each other.

On Untucked last night you said, "If you're not here to win you should at least be here to grow." How did you grow during your time on Drag Race?

I had a rude awakening. I had created a bubble in Chicago where race and segregation and casual racism was less frequent because it had been addressed so often around me, and being in a competition where the playing field was not the same as I'm used to was a wake up call that I hadn't solved the world's problems and there was still work to be done. It lit a fire under my ass to be more head on and a little bit smarter about my approach. It made me that much stronger and that much wiser…but I'm still a fighter.