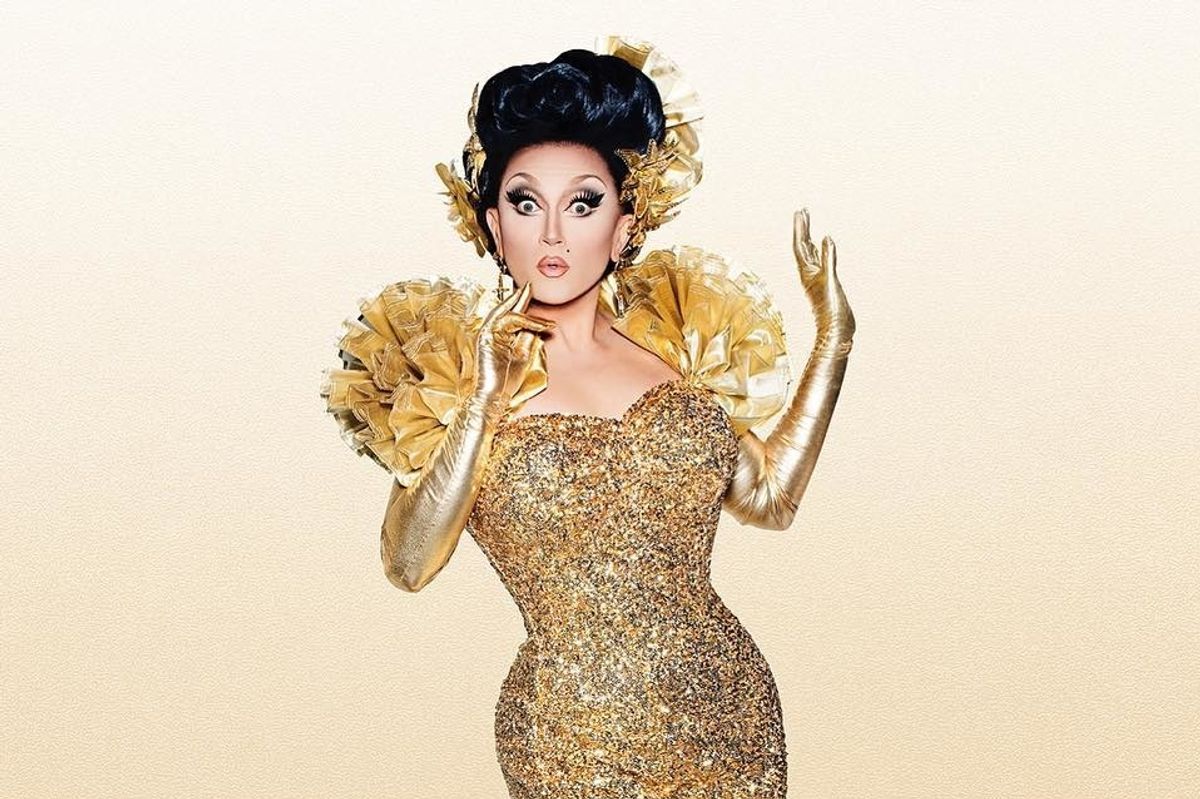 RuCap: Does Winning All Stars Even Matter?

It seems safe to say that last night's All Stars elimination was the most shocking in Drag Race herstory — second only to Valentina's mask-induced departure last season. But while detailed rumors of Valentina's impending exit had been circulating for months before the episode where she was eliminated aired, BenDeLaCreme's Hari Kari was a complete shock. Other girls have left the show before, Willam during season four and Adore Delano on All Stars 2, but no queen has ever presumed to eliminate herself on the runway. My gasp when Dela pulled out that lipstick was so high-pitched I heard a car window crack outside. My wig was in another dimension.

Last night's top two, BenDeLaCreme and Bebe Zahara Benet (again, really?) were given a thankless task: having to eliminate a team member who hadn't even done that poorly. Dela's choice to remove herself from the competition rather than send someone undeserving home fits nicely into her narrative that she's not on the show for drama, that you can succeed through kindness — she was, after all, crowned season six's Miss Congeniality. But her choice to leave also proves something that has become more and more apparent as this season sashays towards the finale: it doesn't matter who wins All Stars. That's not what All Stars is about.

All Stars 2 had a clear purpose: to give Alaska — who is possibly the greatest drag queen to ever play RuPaul's version of the Hunger Games — a crown after she was robbed by Jinkx Monsoon on season five. There was never a question from the moment the cast was announced that Alaska would win. The season also brought back all time fan favorite queens and pitted them against each other to create a season that was peak Drag Race, and arguably peak reality television. The point of the season was always Alaska's justice, but the other queens were so good that if she had slipped even a little, there could have been a case made for someone else taking the crown.

Related | RuCap: Aja On her Elimination, Sugar Tits and Season 10

But All Stars 3 has no clear frontrunner, especially with BenDeLaCreme gone. Shangela and Trixie seem poised to duke it out for the crown, but it could really go either way. And not one of the remaining queens, not to mention any of the contestants already eliminated, have ever has even the most remote possibility of winning, and they all must know that. Milk was never going to win. Chi Chi was never going to win. Morgan McMichaels was sure as shit never going to win. When the eliminated girls came back last night and were able to plead their cases for being brought back to the competition, what they were pleading for was not a chance at the crown, but more screen time.

Because that is the point of All Stars: giving Drag Race girls a chance to win over the hearts of viewers again. And that's why BenDeLaCreme sacrificing herself — "BenDeLaChrist, savior of Morgan and the drag queens," said Aja — guarantees that she'll go down in Drag Race legend in a more indelible way than even if she'd won. As a winner, she'd be relegated to Chad Michaels fame, trotted out for every season of All Stars but having made no real impact. But by serving up the gage of the season and an unprecedented moment of agency, she will carved herself an unforgettable spot in Drag Race herstory, which is worth much more than $100,00 — after taxes, at least.

If Dela doesn't come out with her own line of white out, she is a marketing flop.

Milk identifying with Alexis Michelle really just... it is what it is.

Chi Chi redeemed herself saying she didn't want to be "the Roxxxy of All Stars 3." Wig!

Baby Spice is far too rich to be on this show but hey, happy to see you, girl!

Bebe's lip sync was some 3 AM, third set at a drag bar bullshit. You could see how pissed Ru was when she flipped her wig, and it gave Aja the line of the night: "BeBe is taking her wig off, and I'm like, 'Girl, I don't see no flowers, I don't see no glitter, I don't see no gag. You ain't no Sasha Velour, bitch. Keep your wig on.'"