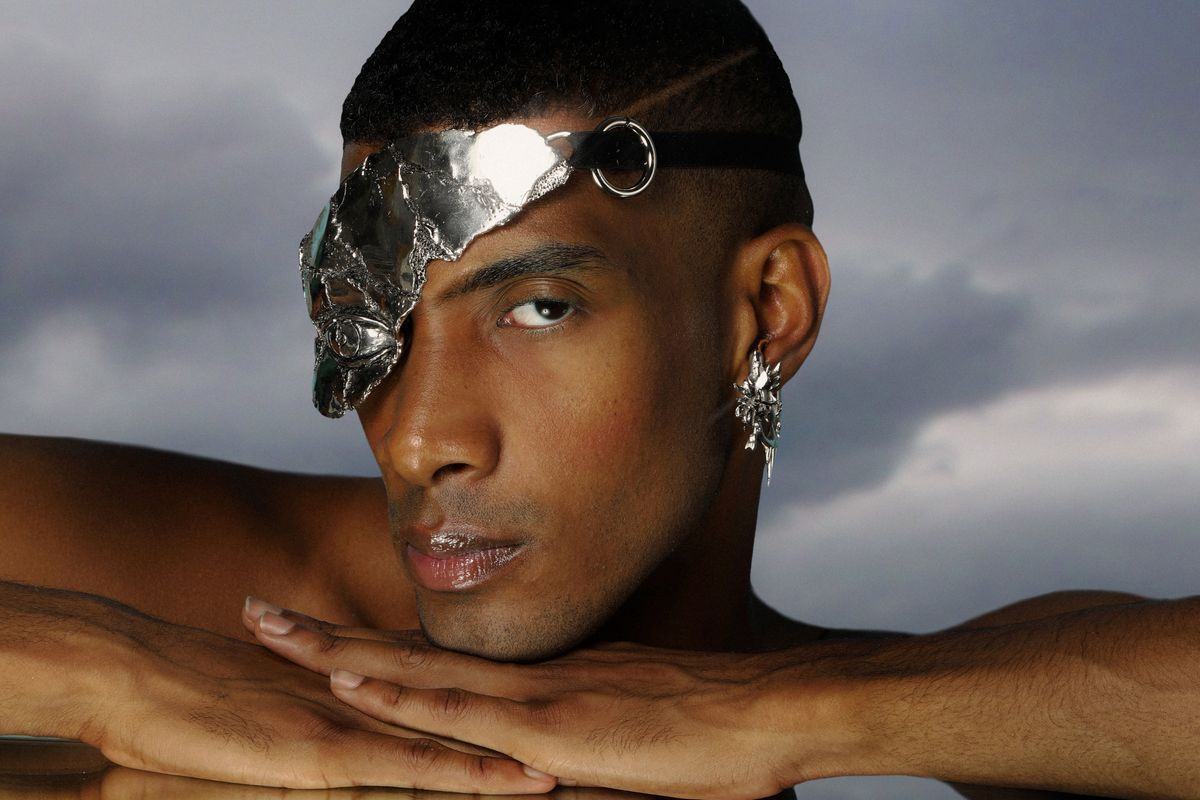 If you've ever found yourself longing after a less than attentive lover, Rubby has just the song for you.

A tribal techno dembow track with a pop twist, the zorenLo-produced "Solo" is a lush, sensuous song that acts as a send-off to all the "liars, scammers and half-assed lovers." And though it may begin as a story of desire and yearning, as the title indicates, it gradually morphs into an anthem of self-affirmation that proudly eschews the need for someone else to make you feel whole.

Related | Rubby Brings Queer Femininity to a Woodshop in 'No Más'

In line with this concept, the Brian Vu-directed visual accompaniment is also a stunning celebration of unconditional self-love and confidence reflective of Rubby's own journey toward these realizations. Opulent, assertive and entirely unapologetic, "Solo" is the song for anyone who needs a little reminder of their own unique beauty and self-worth. And needless to say, you can catch us thriving to this all summer long — not to mention saying goodbye to all the shitty people who've made us feel less than loved.

Check out the teaser for "Solo" and our exclusive interview with Rubby, below.

Who'd you work on this song with? What was that collaborative process like?

I had originally connected with producer zorenLo from NYC after hanging out with him during Sustain Release, a techno festival in upstate New York. He sent me the track shortly after hanging out and it was originally named "Dembow Funeral." The synths, techno drums and Caribbean syncopation of the drums were a dream come true. I knew there weren't many songs like this out there and the mix of genres would make it that much more special to write to.

After writing for a couple weeks, I then worked on writing some lyrics with my friend Sam Pottash. He helped me shape the song more so that it could be more of a pop bilingual record.

How do you think this debut single is a reflection of the sounds/themes of your new Pájaro Malo EP?

"Solo" earned its right to be the leading off of the EP Pájaro Malo — which translated to "bad bird" or colloquially "bad f****t" in the Dominican Republic and other Spanish-speaking countries such as Cuba — because it was a perfect example of the references I had growing up, such as the Queen of Reggaeton Ivy Queen and a more Americanized version of Latin pop, J Lo. And on top of that, it had an underground sound that felt like [it was] home to my tastes today — spending most of my time going to raves in NYC and Philly. In its pure essence, the track was a projection of myself that felt familiar and affirming.

In relation to the other sounds/themes of the new EP, each song is vastly different in feeling and genre. When I first started writing for the EP, I had just graduated college and was searching for sounds and images that would birth me as an artist. With so many transitions and changes to follow, I wanted to create an EP that started with my own redemption. The first track of the EP, "Sunrise," alludes to my own forgiveness and search for happiness with the line "My only mess is pursuit of happiness." I wanted to let go of any negativity and trauma that I experienced while growing up, and come into the stage with self-love and assertiveness that would inspire to do the same.

"Solo" comes after a very sexually liberated track called "Tight Corridors" so, story-wise, it consolidates this reclaiming of being alone and indulging in self-love. It really depicts the notions of being a queer person in this day in age where we are hyper sexualized and give into that, and then there are moments where we just want to be accepted for who we are.

How does fashion connect to your music and help amplify your identity as an artist/musician?

NYC underground music, people and fashion looks inspired this album. After going away to Vermont for college, I felt this yearning to contribute to the fabric of the underground and create my own little patch of work. I believe that the misfits, the ravers, the f*****s, sluts and bad ass bitches of New York will always be the center focus of raw and talented creativity. I wanted to put in my two cents and create a body of work that joined the conversation of sex-positive and anti-racist work.

How did you want this video to complement the track?

First off, Brian Vu is a genius for dreaming the track into both the video and photo visuals! This video reel is just a taste of the growth and power of my artistry. I did not come to play! And it's only the beginning. In the video I wanted to express that power and strength of the song, while also providing a face-to-face connection [and] giving power bottom back shots and crystal gloves galore. The full video will be out soon with much more in store!

Stream "Solo" by Rubby, below.