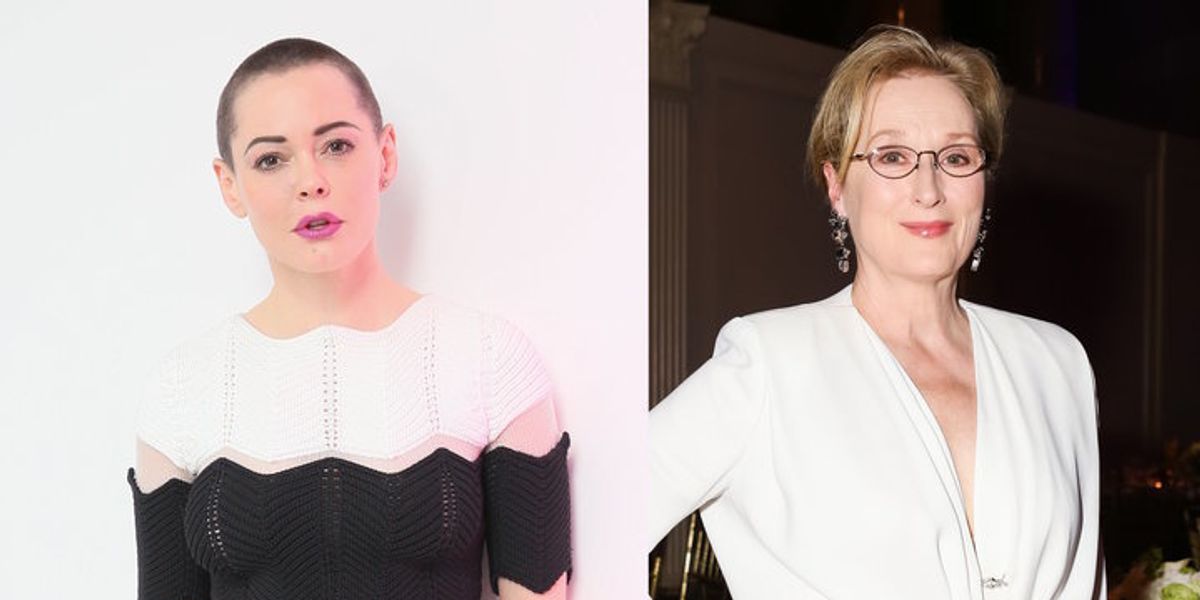 Rose McGowan Comes After Meryl Streep: 'You Are Such a Lie'

No one is safe from Rose McGowan's rightful wrath in the reckoning of Hollywood's sexual predators, not even Oscar-winning actress and industry legend Meryl Streep.

McGowan's attack began after Streep discussed Weinstein in a recent interview, calling his rampant sexual abuse of actresses over three decades a "gargantuan example of disrespect." Rose came in hot, responding, "No, Meryl, it's a FUCKING CRIME."

Now, after rumors that Streep, along with Emma Stone and Jessica Chastain would don black for the award's season in solidarity with survivors, McGowan was just about done.

In a series of now-deleted tweets, the #ROSEARMY leader labeled Streep a "hypocrite" for lack of previous action, suggesting perhaps all the actresses should "wear Marchesa," the brand of Weinstein's ex-wife Georgina Chapman, which the movie mogul famously pushed on actresses up for awards to raise its profile.

"Actresses, like Meryl Streep, who happily worked for The Pig Monster, are wearing black @GoldenGlobes in a silent protest," she wrote. "YOUR SILENCE is THE problem. You'll accept a fake award breathlessly and affect (sic) no real change. I despise your hypocrisy."

Fellow actress and friend of McGowan, Amber Tamlyn, hit out at the activist for her comments. "Rose McGowan is a friend and while I support her kind of movement, I do not support any woman (or man) shaming or taunting the movements of other women. And telling us all to wear Marchesa? This is beneath you, Rose."

Seems as though there will be blood on this year's round of red carpets.