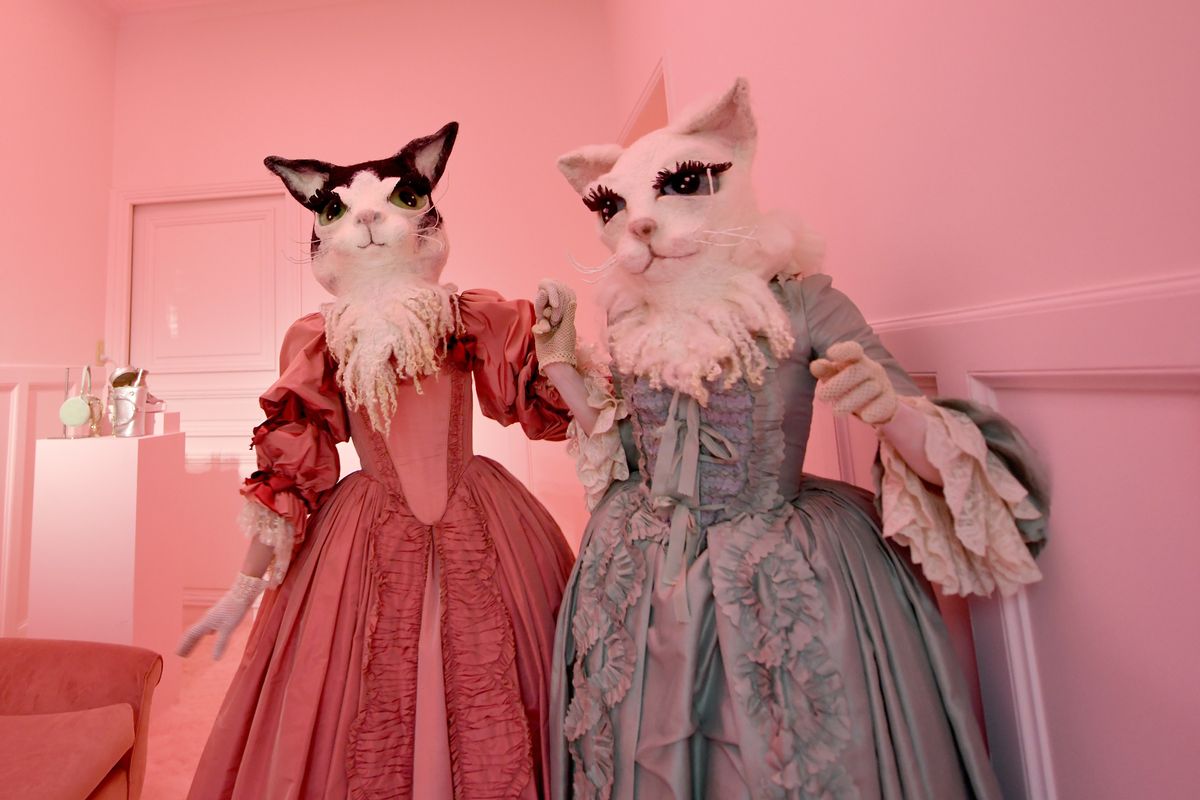 The creepy cat discourse may have slowed down a bit after that musical remake landed in theaters last December, but the furry felines appear to still be a hit with the fashion crowd.

At least that's what seemed to transpire after multiple videos of regal "aristocats" dressed in cat masks and Marie Antoinette-type costumes flooded my feed this week. Turns out, these creatures were greeting guests at a party for Roger Vivier, the luxury footwear label known for staging some extravagant presentations. (The brand's creative director Gherardo Felloni is a fan of the Cats musical.)

This season's "Hotel Vivier" in Paris didn't disappoint. In addition to the aforementioned cats — which the brand called "impressionists dressed as courtesans at the Versailles court" — there were multiple rooms and installations showcasing Vivier's Fall 2020 collection.

Vivier Queen sandals, Cuissarde boots, Viv' Cabas bags, Belle Vivier Cuissarde shoes, Miss Vivier bags — all of these styles were front and center surrounded by lavish settings that highlighted their couture-like embellishments and details. "Roger Vivier was a genius," Felloni said in a statement. "He was influenced by 18th century boots and reimagined them with embroidery and color!"