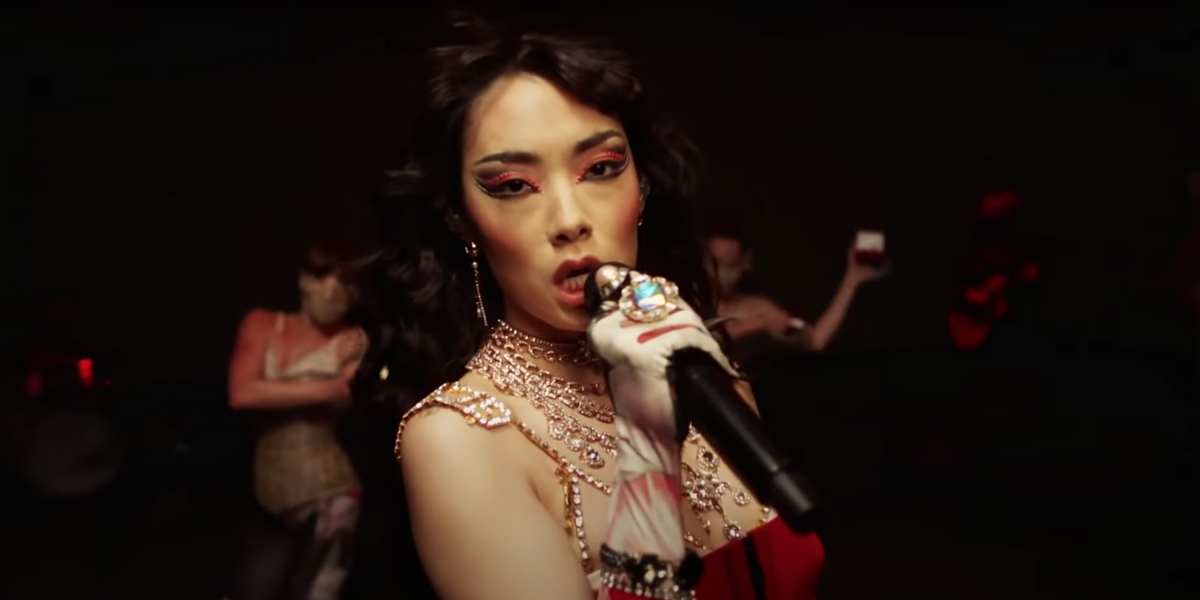 Rina Sawayama made her US TV debut last night on The Tonight Show Starring Jimmy Fallon — and naturally, as if we expected anything less, she killed it.

The performance brought out everything: Corsets, choreo, crimson, capitalist critique. Flanked by masked dancers swirling around her with gold, jewels and showering her in cash, Sawayama scarcely breaks eye contact with the camera as she sings about Cartier and Tesla Xs without missing a step.

Her US TV debut is just the latest in what has been a breakout year for Sawayama. The musician's aforementioned debut was practically universally adored by critics and fans, even earning her an endorsement from Sir Elton John and making the LP a shoe-in for all those countless upcoming year-end "Best of" lists.

Sawayama spoke out earlier this year about being deemed ineligible for the Mercury Prize and BRIT awards due to her Japanese citizenship despite having been a permanent resident of the UK since she was a toddler. She described the requirements as "othering" and said that "If arts awards are creating their own sort of version of border control around their eligibility, I think that's really problematic."